Another high-profile PC game calls for 32GB of RAM 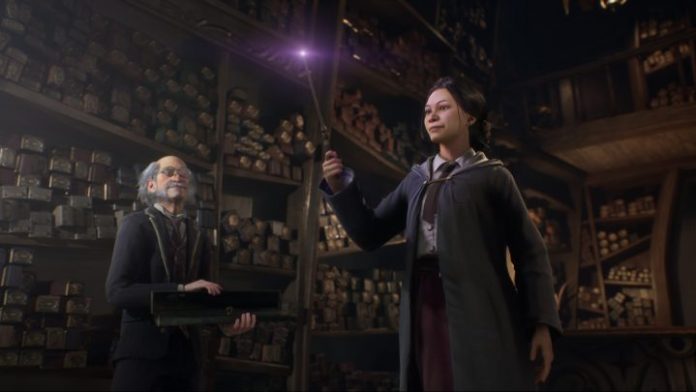 You probably need to upgrade your gaming PC’s RAM soon. Developer WB Games Avalanche released the PC system requirements for the upcoming Hogwarts Legacy on Friday, and it’s the second game we’ve seen releasing in 2023 that calls for 32GB of RAM.

The PC port of Returnal was the first high-profile release we saw calling for 32GB of RAM, and Hogwarts Legacy is a sign that this could become the norm for PC releases. The traditional wisdom has been that 16GB is the only RAM you need for gaming, but that’s changing.

You don’t need that much to run the game, however. Like Returnal, the minimum specs for Hogwarts Legacy call for 16GB of RAM. That’s still a hefty requirement in light of the other specs, though. The minimum requirements list an Intel Core i5-6600 and NVidia GTX 960, and that’s for playing the game at 720 with a 30 frames per second (fps) limit, as well as the Low Quality graphics present.

The specs call for 32GB of RAM if you want to play at 1440p or 4K. In order to play at the Ultra Quality preset at 4K, the developer says you need an Intel Core i7-10700K paired with either an Nvidia RTX 3090 Ti or AMD RX 7900 XT. That’s means you’ll need one of the most powerful PCs money can buy to see the game in its full glory.

Similar releases aren’t nearly as demanding. The Callisto Protocol, which released in December, only calls for 16GB of RAM and can run with 8GB. Similarly, the upcoming Atomic Heart calls for 8GB of RAM at minimum with the same recommended amount.

The requirements are surprising in light of Hogwart Legacy‘s scheduled console releases. It’s slated to release on the PlayStation 5 and Xbox Series X, but the developer promises ports to the PS4, Xbox One, and Nintendo Switch later in 2023. Publisher WB Games had similar plans for 2022’s Gotham Knights, which has been plagued with horrific stuttering on PC. The publisher scrapped the last-gen releases shortly before launch.

Does your gaming PC need 32GB of RAM now?

Between Returnal and Hogwarts Legacy, it might be time to upgrade your RAM. In PC games, your RAM stores short-term data for your CPU, and the demand for more space goes up in games that involve large open worlds and player choice. That’s why we’ve seen increased performance with processors like AMD’s Ryzen 7 5800X3D, which include extra memory on the processor to improve performance in games like Far Cry 6.

The developer confirmed that Hogwarts Legacy will be verified for the Steam Deck at launch, and that handheld only includes 16GB of memory. That suggests the game will run fine without 32GB, and it confirms that you don’t need to upgrade to expensive DDR5 memory in order to play.

In addition to Steam Deck verification, the developer has confirmed that Hogwarts Legacy will support AMD’s FidelityFX Super Resolution (FSR) 2, as well as Nvidia’s Deep Learning Super Sampling (DLSS) 3. If you have an RTX 40-series GPU, you’ll be able to use DLSS Frame Generation.

It’s hard to say what 32GB of RAM will do in games like Hogwarts Legacy and Returnal. For now, all we can do is wait until the games are here to see how more RAM performs. If you want to make an upgrade sooner, make sure to read our guide on how to install RAM.