HomeNewsWhat is a DAC and why would you need one?
News

What is a DAC and why would you need one? 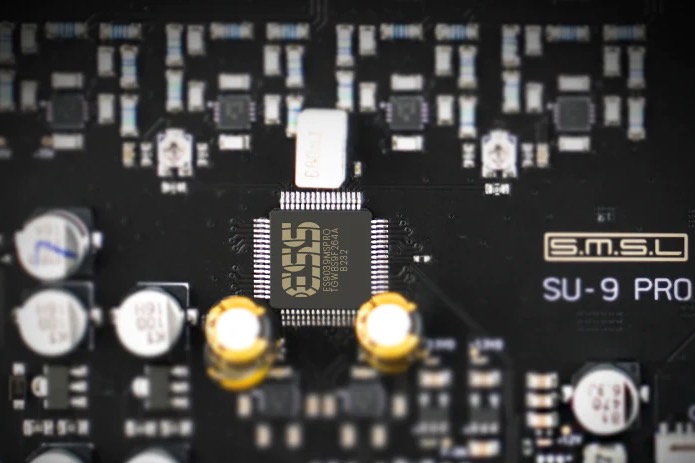 If you want to get serious about sound, then it’s time to talk about digital-to-analog converters, or DACs, as they’re more easily referred to. These components play a vital role in digital sound, and adding or upgrading a DAC could lead to a significant improvement to your audio … especially if you are using hi-res or lossless audio formats. Here’s what you need to know.

What is a DAC?

As we mentioned above, DAC stands for “digital-to-analog converter.” These devices became a vital part of our music technology around the time we started making the switch from analog formats such as vinyl records and cassette tapes to the digital sound files and formats that we commonly use today.

Records store recorded sound waves as tiny grooves etched into the vinyl. If you run a tiny needle (stylus) through those grooves, it vibrates, bringing those sound waves back to life with a little help from an amplifier and your speakers. Cassettes do something similar.

Digital audio, however, is more complicated. It stores sound waves as a series of zeros and ones, the same digital building blocks used for everything from spreadsheets to video games. To turn those “bits” back into something you can actually hear, you need a dedicated piece of hardware — the DAC.

At its core, a DAC is simply a microchip that has been designed to read the zeros and ones of digital music and turn them into analog electrical impulses that can then be amplified and sent to your headphones or speakers so you can hear them. If it’s easier, you can think of it like the digital music equivalent of a turntable’s stylus.

Because so many kinds of devices are now capable of playing digital music, DACs can be found in everything from smartphones to gaming consoles. If a device can play sound you can hear through a built-in speaker, or via a headphone jack, it has a DAC.

But just like vinyl aficionados will be the first to point out that not all turntable styluses are created equal, neither are all DACs.

A DAC isn’t the only component that ensures your digital music sounds its best, but it can play a big role. Some DACs are limited — they can’t accurately decode all digital music files at their full quality. Others won’t be able to play some file types at all. Then there are the really nuanced aspects of DACs, things like distortion, noise, and sensitivity, each of which can impact what you hear.

That’s a problem for listeners who want to get the most out of their music. You could have a hi-res music file downloaded onto your device, or a subscription to stream hi-res audio from a streaming music platform such as Tidal, Amazon Music HD, Qobuz, and Apple Music. But a low-quality DAC won’t be able to process these files properly, or won’t be taking as many samples to ensure audio accuracy according to the music file, so the results will be significantly less than you could be hearing.

That’s why even though your phone or computer almost certainly has its own DAC, you might still want to buy an external DAC.

External DACs come in various shapes and sizes depending on your use. You may want to connect them to your TV, game console, or computer to improve your sound at home, or choose a compact DAC to connect to your smartphone or digital music player when on the go with headphones (more on this below). Their advanced capabilities, customization options, and ability to convert a wide range of digital audio formats will draw the best from your audio files and streams.

A common usage example could be connecting your laptop to an external DAC via a USB cable to play some hi-res files you have stored on your hard drive or high-quality audio from Apple Music. The DAC in some MacBooks, for example, is limited to 24-bit/48kHz, meaning that, while it can still process high-quality sound, it falls short of supporting very high-resolution audio that can reach a bit depth of 32-bits and a sampling frequency of up to 192kHz or higher. That’s especially frustrating for Apple Music subscribers who have access to the highest lossless tier of 24-bit/192kHz tracks.

An external DAC can read those lossless files or streams directly, bypassing the MacBook’s internal DAC, thus unlocking the music’s full potential. Depending on the DAC you choose, it can come with a wide range of digital inputs and analog outputs (e.g. RCA, balanced XLR, optical, HDMI, etc.). Just choose a DAC that’s compatible with your setup. to accommodate not only your computer and amplifier/receiver but all of your other audio gear too.

Are there portable DACs to use on the go?

Yes, most definitely. Getting the most out of your smartphone’s sound might require a portable DAC, too. While you could connect wired headphones directly to your iPhone, for example, similar to the MacBook above, the iPhone’s built-in DAC can only output up to a maximum of 24-bit/48kHz, so you will, again, need a more capable external portable DAC to unlock the higher resolution lossless tier. Some Android devices have internal DACs capable of better quality, so it’s best to check out your device’s specs first before you spend the money on a portable DAC.

A couple of solid portable DACs on the market include the $200 pocket-sized iFi Go blu, or you can spend a bit more money and pair it with a high-end set of headphones for music that really shines — we were really impressed with the Chord Mojo 2.

What makes a good external DAC?

A number of companies create excellent DACs, such as the comprehensive DacMagic 200M from Cambridge Audio. DACs can have many different designs and features, but important things to look for may include:

How much do DACs usually cost?

For a good-quality DAC, you can expect to pay $75 to $100 at minimum for a small, portable version. Larger DACs or those with more features can easily cost up to $300 or more. On the high end, professional, or very high-quality DACs can reach into the thousands of dollars.

Do I need certain types of music files to use with a DAC?

Just make sure your DAC supports the audio formats that you use. External DACs are typically designed with a wide variety of formats and resolutions in mind, so compatibility is rarely an issue, but it’s always a good idea to double-check. A good example of a format that is not always supported is MQA. If you need full MQA decoding, make sure the DAC you buy clearly states in the specs that it will do this.

My headphones aren’t great — will a new DAC still make a difference?

It could … but you’ll probably get better results from upgrading your headphones now, and investing in a DAC to complement them later on. Some headphones, particularly gaming headphones, can come with their own DACs, too, if you don’t mind purchasing a bundle. If you aren’t sure if you need a headphone upgrade or a DAC, consult an expert to talk about the headphones you have, and if a DAC would be a good accessory. And if you’re looking for the best headphones to take advantage of hi-res audio, take a look at our list!

I use wireless (Bluetooth) headphones. Do I need a DAC?

If your headphones or earbuds are wireless, they already have a built-in DAC. Music stays digital as it passes over the wireless Bluetooth link and only gets converted to analog once it reaches your earbuds or headphones. However, if your wireless headphones also have a wired analog input jack (which many models offer) you can use them with an external DAC to get even higher music quality from your source device, albeit without the convenience of a wireless connection.