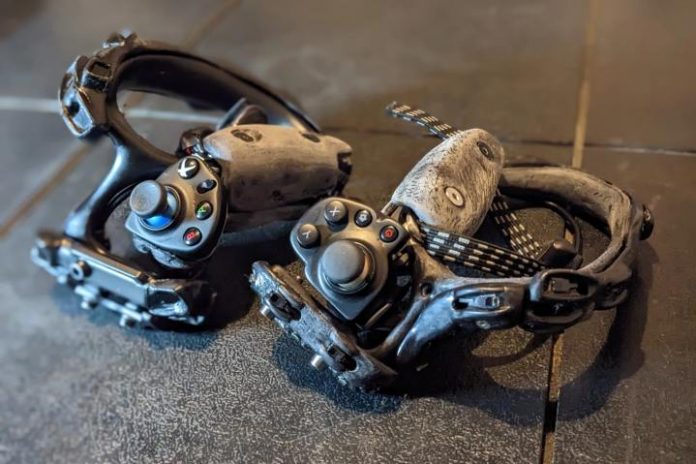 An ergonomics expert specializing in XR has been working for years to create an entirely new SteamVR controller that is both modular and repairable, in an effort to solve multiple problems with current VR headsets and controllers made by Valve, HTC, and others.

A modular controller would make it possible to upgrade components over time or add accessories at a more affordable price than the cost of a completely separate controller. It’s a clever idea to design for upgrades rather than try to fit components around an unforgiving, single-purpose device.

After recycling several broken Valve Index controllers under warranty, Rob Cole was beginning to have concerns about e-waste. The cost to repair a VR controller quickly approaches the cost of a whole new unit and that is more often than not how warranty issues were handled. Cole would ship the broken controller back for recycling and a shiny new controller would arrive from Valve.

That sounds good, but even the cost of shipping two whole controllers in order to repair a broken trigger is wasteful. Cole decided to create a new SteamVR controller that was repairable, and a modular design was a side benefit that made it even more appealing.

The first version, Project Caliper, was described in a 2021 blog post by VR consultant SkarredGhost. It was quite popular, and Cole was very enthusiastic about continuing the project. Unfortunately, it was halted early on due to potential legal challenges.

A whole year has gone by and Cole hasn’t been idle. A new controller design has since been posted by SkarredGhost, showing a unique prototype that looks even better than the last. Known as Project Modular, the core is made up of a Tundra SteamVR hardware development kit (HDK) that handles the critical motion-tracking process and a rechargeable lithium battery.

As with any controller, various buttons, switches, haptics motor, cables, and connectors complete the design. What’s unique about the Project Modular controller is that it isn’t all packed into a hard plastic shell that makes accessing components nearly impossible. Instead, there are two rails that provide structure and the hand grip wraps around for comfort.

You won’t be able to place an order this year, but Cole has already gone through a couple of prototype iterations and is quite pleased with the mechanics, comfort, and accessibility. There’s more work to be done, however. The next big challenge is to find a replacement for the Tundra HDK, which is apparently hard to order.

Cole is calling for a new open standard for XR controllers and is eager to collaborate with like-minded developers and companies. For more information, reach out to Cole via his website, Immersion Mechanics.