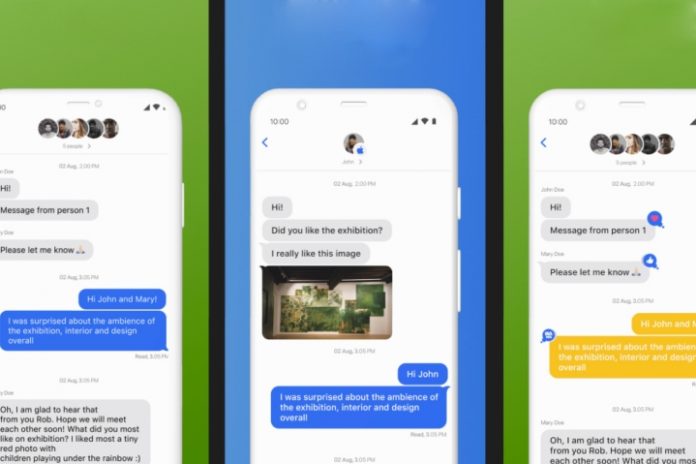 The idea of iMessage for Android sounds like a pipe dream, and for the most part, it is. Apps like AirMessage and Bleeper do make it possible to get iMessage on your Android phone today, but they often require complicated networking and Wi-Fi port forwarding, plus a Mac or iPhone to run in the background 24/7.

These apps technically work, but they’re not things the average user can comfortably and confidently rely on. A new app — called Sunbird — now promises to change that.

Sunbird isn’t the first app to promise iMessage for Android, but the way it achieves it is quite unique. Sunbird doesn’t require you to tinker with your Wi-Fi router or buy a second iPhone to get iMessage on your Android phone. Instead, you just download the Sunbird app on your Android phone, log into your Apple account, and your iMessage conversations appear like magic.

How is that possible? Sunbird says it’s not using any hacks or other shady techniques to pull it off. Instead, it’s apparently using official APIs/logins. Sunbird demonstrated this during a recent virtual press briefing, with someone opening the Sunbird app, tapping an iMessage icon, and entering their Apple ID email/password. After submitting this information and confirming a two-factor authentication (2FA) code, iMessage chats appeared on the Android phone.

iMessage conversations on Sunbird support single and group chats, typing indicators, message reactions, and full-resolution photo and video sharing. Read receipts aren’t available quite yet, but Sunbird plans to add those in January or February.

But it’s not just iMessage that Sunbird supports. Sunbird wants its application to be your one-stop shop for all messaging on your Android phone. The app also works with WhatsApp, Facebook Messenger, SMS texting, and its own Sunbird-to-Sunbird messaging platform when two Sunbird users are talking to each other. Down the road, Sunbird says it will add other platforms like Telegram, Signal, Slack, Discord, Instagram DMs, LinkedIn messages, and even RCS support.

What’s especially interesting is that Sunbird maintains the native end-to-end encryption systems for all of these platforms. If you’re talking via iMessage, your chats are backed by Apple’s native E2EE for iMessage. If you’re using Sunbird for WhatsApp messages, those are secured by Meta’s own encryption for WhatsApp.

All of that sounds great. But is any of this safe? Sunbird certainly claims it to be. During the press briefing, Sunbird repeatedly made it clear that the app never saves your app login emails, passwords, or message content. At one point, the company said, “If we don’t have the data, it can’t be breached.”

But getting iMessage conversations just by logging into your Apple ID? That’s where I remain skeptical. Apple doesn’t have an official API that lets you access iMessage in a web browser. If that were the case, we’d have dozens of Android and Windows apps doing that!

By design, iMessage requires your Apple account to be logged into an Apple device — be that an iPhone, iPad, or Mac. Sunbird hasn’t exactly made it clear how it’s relaying your iMessage conversations using nothing but your Apple account information, and that’s something I’d like to see explained sooner rather than later.

You can try Sunbird now

However, the concept of Sunbird is still exciting, and it’s one you can try now if you feel so inclined. Sunbird is launching its closed beta on December 2 and will gradually accept 50,000 users over the next six months.

You can sign up for the waitlist on Sunbird’s website and download the app via the Google Play Store. Following the beta period, Sunbird aims to launch the app for everyone in mid-2023.