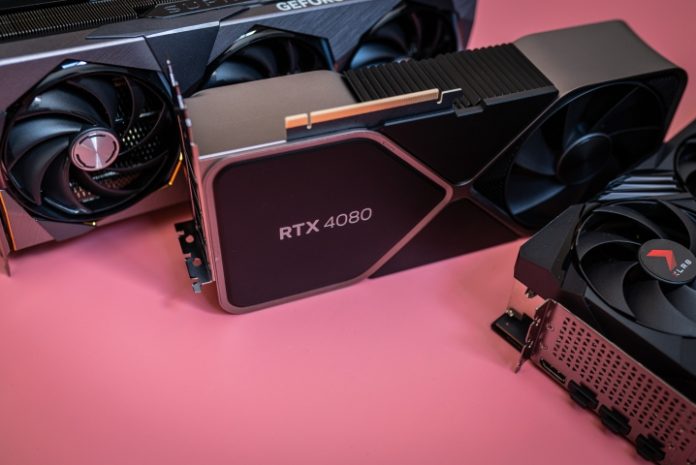 Nvidia’s RTX 4080 is already out in its desktop version, but all signs point to it soon being released as a laptop GPU. Some people have already gotten their hands on laptops equipped with one of Nvidia’s best graphics cards, and we now know the benchmark scores of one such laptop.

Nvidia’s “Ada” RTX 40-series graphics cards are well on their way to laptops. While Nvidia is yet to make any official announcements about these GPUs, their benchmark scores are already slowly starting to leak out. This time around, the RTX 4080M was spotted inside an Acer Predator PH16-71 gaming laptop.

The graphics card came paired with Intel’s upcoming Core i9-13900HX CPU and 32GB of RAM, so the laptop itself sounds pretty exciting all on its own — it’ll likely be one of the most powerful gaming laptops whenever it launches. Fortunately, the Geekbench entry, first shared by Benchleaks, tells us more than just the name of the device.

According to the benchmark, the graphics card comes with 7,424 CUDA cores, and 12GB of memory. As an added bonus, we’re also getting a glance at the Core i9-13900HX, which maxed out at a frequency of 4.4GHz. We’ve already seen this CPU in a separate benchmark, and it obliterated both mobile and desktop chips, including the Core i9-12900KS.

These scores certainly bode well for the mobile iteration of the RTX 4080. In its desktop version, the card is certainly powerful, but the RTX 4090 is often a better deal due to the way these cards are priced.

Rumor has it that Nvidia will have several new products up its sleeve, set to come out early in the new year. The desktop RTX 4070 Ti, which may just be the previously “unlaunched” RTX 4080 12GB, is said to make an appearance. We may also learn more about upcoming laptop GPUs. Stay tuned for more news during Nvidia’s CES 2023 keynote on January 3.