HomeNewsCPU confusion made buying a laptop in 2022 a nightmare
News

CPU confusion made buying a laptop in 2022 a nightmare 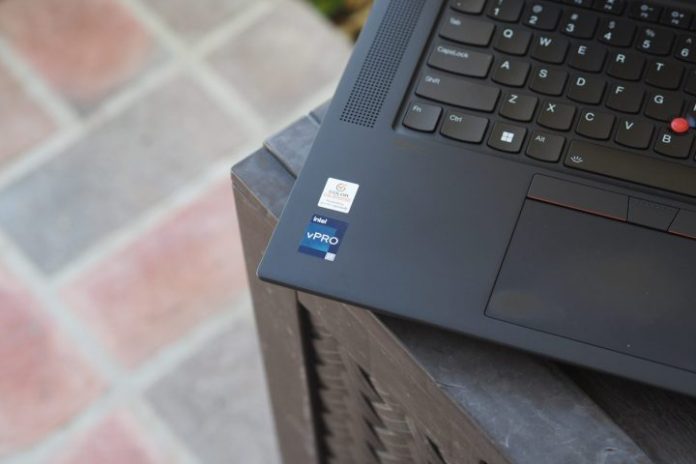 There’s nothing wrong with creating stratification whereby products are designed and priced to meet specific user needs. Automakers are masters of it, with less expensive cars meeting basic needs and luxury cars for those with the means to enjoy the best automobile technology has to offer. In 2022, however, CPU manufacturers blew it, creating a confusing mess that made choosing a laptop more difficult than it should have been. And by “CPU manufacturers,” we primarily mean Intel.

Don’t misunderstand me: Intel’s 12th-gen product lines themselves make sense on paper. There are low-power chips to save energy and costs and high-power chips to maximize performance at a premium price. But when placed in actual laptops, the distinction was far less clear than it should have been.

Let’s start with an overview of how the lineup was supposed to work. We’ll focus on two specifications here, although there are many more we could consider. First is the processor base power, or — very simply put — the amount of power that a CPU pulls during normal operation. Second is the number of cores and threads, which with Intel’s 12th generation follows a BIG.little configuration where there is a mix of Performance cores for demanding tasks and Efficient cores for lesser tasks that draw less power.

Intel has stratified the lineup into three basic levels, as outlined in the following table:

For the most part, you’ll find U-series and P-series CPUs in the thinnest and lightest laptops and H-series CPUs in larger, heavier laptops intended for the fastest performance. The HX-series CPUs, of which we’ve only reviewed a single laptop, the MSI GT77 Titan, represent the absolute top-of-the-line in terms of processor speed and usually find their way into gaming laptops. And as far as we know, that’s exactly how the lineup is supposed to be utilized.

As I’ve reviewed many 12th-gen laptops, though, I’ve noticed that manufacturers have used a motley assortment of CPUs in different form factors. Most interesting has been the use of H-series CPUs in what would usually be considered thin and light ultrabooks. And when comparing performance between U-series and P-series laptops, the presumably lower-power CPUs have held their own.

In fact, maybe it’s unfair to ding Intel for how it designed its chips, and more accurate to say that manufacturers have used the chips in less efficient installations. But Intel does have to bear at least part of the blame for creating such a complicated assortment of CPUs.

And what were the results?

This is just a small assortment, but we can see that performance doesn’t always track the CPU. For example, the Asus Zenbook S 13 Flip performed better in the Geekbench 5 and Cinebench R23 tests than the Dell XPS 13 Plus with its faster CPU, although the Dell did better in the Handbrake test. The second-slowest slowest CPU on this list, the Core i7-1250U in the HP Envy x360 13, performed better in Handbrake and Cinebench R23 than the Core i7-1265U in the HP Dragonfly Folio G3.

And generally speaking, the U-series and P-series processors were within spitting distance of each other in performance. You need to jump to H-series CPUs to see significant performance improvements. Even then, a laptop like the Lenovo Slim 9i with a Core i7-1260P scored similarly to the H-series laptops in this comparison group. And when we look at the PCMark 10 Complete benchmark that looks at a variety of productivity, media, and creativity tasks, the results are all over the map.

I’d love to point out that battery life followed the power rating of each CPU, but there are too many variables to draw that conclusion. Laptops have different battery capacities, more or less power-hungry displays, and overall tuning, which are more influential in battery life than the CPU. But I can say this: I’ve seen no strong correlation that purchasing a laptop with a lower-power CPU automatically results in better battery life.

What’s it all mean?

If you want a thin and light laptop that provides solid productivity performance, then any U- or P-series CPU will do the job. Even the Lenovo IdeaPad Duet 5i, the “slowest” laptop we’ve tested with the 15-watt, 6-core/8-thread Core i3-1215U, performed well enough.

My advice is to read reviews and base your decision on the build quality, overall configuration, keyboard and touchpad, display, and battery life and leave the CPU decision alone. Certainly, unless you’re opting for an H-series machine (and maybe not even then), don’t buy the most expensive CPU option just because you think it will give you significantly better performance.

This was Intel’s first attempt at the BIG.little hybrid CPU architecture, and maybe it’ll do better with its 13th-gen CPUs. Or, manufacturers will better differentiate their models and put the right CPUs in the right form factors. That remains to be seen. But for now, the CPU situation remains confusing and guarantees little in terms of performance.

Facebook
Twitter
Pinterest
WhatsApp
Previous articleHow the iPhone 14 Plus became one of 2022’s biggest tech flops
Next articleGoogle Pixel 7: how to take a screenshot and record your screen