HomeHow toWarzone 2.0 DMZ tips and tricks: How to play COD’s newest game...
How to 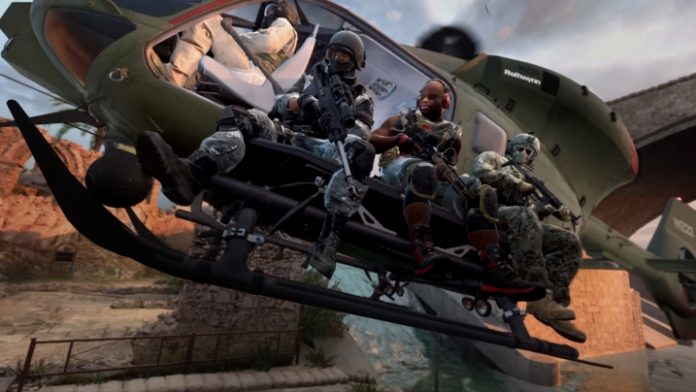 While the standard multiplayer modes in the Call of Duty series have kept players coming back for over a decade, it was the introduction of Warzone in 2019 that took the series to new heights with one of the most polished and addictive battle royale modes yet. Unlike the yearly releases, that free-to-play mode was iterated and updated over the years and has only now been replaced by a full sequel known as Warzone 2.0.

Aside from revamping the primary battle royale mode with a new map, mechanics, guns, and more, Warzone 2.0 also introduces a brand new mode called DMZ. This mode is inspired by games like Escape From Tarkov, in which runs are shorter and focused on entering a map, gathering as much valuable loot as possible by completing objectives, and reaching the Exfil spot before getting killed by AI or other players. This mode requires a different mindset than any other in Call of Duty, so here are some tips and tricks to make your first run in the DMZ a success.

Before you even load into your first DMZ match, you are automatically set up with a loadout that comes with two guns: an M4 and a shotgun. You will want to immediately take that shotgun off your loadout because while it could be useful in very specific situations, it is more likely to cost you than help. You see, when you inevitably die in the DMZ, you lose everything you have on you. So, by taking that shotgun with you, you will just end up wasting it. Plus, having a free weapon slot open makes it easier to pick up a better weapon on the field to hopefully take back with you.

Speaking of inventory, DMZ features a new mechanic called a Stash. Your Stash is your inventory for DMZ that has four sections: On-Soldier, Key Stash, Loadout, and Weapon Stash.

Your On-Soldier slot is the most straightforward. What you equip here is what your Operator will have on them when arriving in the DMZ. This includes Self-Revives, armor, Kill Streaks, and Gas Masks.

Key Stashes are where you hold any keycards you find but don’t use during a match. Keycards are used to open Strongholds, and if you extract with them, you can bring them into your next match from the start so you don’t have to locate one on the map.

Loadouts should be familiar to anyone who has played any of the recent Call of Duty games. This is where you set your weapons, equipment, and field upgrades for the match ahead.

Last up is your Weapon Stash. While this sounds like it would be the same as your Loadout, however, this is where all the weapons you can use in your Loadout are stored. From the start, you are given a few free Contraband weapons that are exclusive to DMZ mode. As mentioned in the first tip, if you die in a match with any of these guns, they’re gone for good. Any weapons you pick up from other players or AI and successfully extract will be added to this Stash.

If you find a gun that you want to make sure you don’t lose even if you die, you want to place it in your Insured Slot. Any gun placed in one of these slots will be kept even if you die in the DMZ, although they will go on a cooldown timer. You start out with just one Insured Slot but are able to unlock more.

Faction Missions are also new to Warzone 2.0. These are objectives that you can choose to complete while in a DMZ match that can give you extra Contraband, XP, Tokens, Operator skins, weapon blueprints, and other rewards. These missions are related to the three factions introduced in DMZ mode but need to be selected before you start a match. You can select up to three to activate at a time, and completing them will let you progress to higher tiers in that faction’s missions.

These Faction Missions start out easy, such as looting five caches and looting five items into your backpack or acquiring and spending $60,000 in a match, but get more difficult later on. Naturally, the harder they get, the better the rewards.

Only keep the good stuff

Even more than the battle royale mode, DMZ mode is packed with loot. You will find all kinds of junk that you can stuff your inventory with, like light bulbs, but these are very low-value items and should mostly be ignored. Your inventory space is very precious in this mode, so prioritize the good stuff like Video Game Consoles, Laptops, and Aged Wine that can be sold for way more money when sold or translate to more XP if kept and extracted with.

You’ll be fighting a mix of AI and player-controlled enemies in the DMZ, but in both cases, you’re better off engaging from longer ranges. AI soldiers, in particular in DMZ, are not very accurate at longer range, usually allowing you and your squad to wipe out an entire unit without much risk. Plus, by engaging from range first, you can scout out an area much more thoroughly and not get caught off guard. There are almost always more enemies in an area than it seems at first, and once bullets start flying, those unseen AI soldiers will make themselves known.

Other players will obviously be less predictable, but taking shots from far away will at least allow you to choose the right time to fire or not, plus let you get a few free shots in before they can locate where you’re even attacking from.

Most of the time, plans in Warzone 2.0‘s battle royale mode are made and adjusted on the fly. That doesn’t work as well in DMZ mode. Because you’re in charge of what you do, where you go, and, most importantly, when you leave, having a plan in place will keep you from overextending and dying on most runs. Thankfully, DMZ mode offers easy objectives to set for yourself.

Faction Missions are an obvious way to set a goal for a match, are easy to keep track of, and always give you a reward to look forward to when you extract.

Strongholds and bosses are two other perfect objectives to set for yourself. Sure, you could just go in, kill some AI and maybe some players, grab whatever you find, and get out, but you’ll progress at a snail’s pace that way. DMZ rounds last for 30 minutes, which might sound like a long time, but it goes by faster than you think and even faster if you get killed wandering around aimlessly.

Speaking of that time limit, if you find a free vehicle, take it. The DMZ is huge, and getting around on foot can be dangerous and difficult. A vehicle not only lets you position yourself faster and safer but is also an overpowered tool for killing AI. These bots are extremely bad at avoiding an oncoming car, even bosses, so running them down is an easy way to score some easy kills.

Finally, having a vehicle to get you to an Exfil zone is almost required. This is when you’re most vulnerable and when getting sniped will hurt the most.

Exfil locations are random but can be reused

And that brings us to the Exfil locations. You can never rely on being able to Exfil from the same spot in any two matches of DMZ since they are random every time you enter a match. Take a second to locate them once you’re in a game to plan out which one you plan on going to after completing your goal or in case of an emergency. You can easily find where all the Exfil points are in your game by looking at the map for the Exit symbols.

However, every other team in your match has the same Exfil points as you. Aside from leading to tense fights, this can lead to you arriving at one of these spots after another team has already called and boarded the helicopter to leave. If this happens, you will notice that you can’t call for an Exfil, but don’t lose hope or risk going to another location far away. As soon as the team currently leaving is actually gone, the point will reactivate, and you can call in the next helicopter to escape.

Quit while you’re ahead

This is the most unique part of DMZ compared to any other Call of Duty game mode, and most FPS games, for that matter. In every other mode, you fight to the death, but in DMZ, you need to weigh the risks and rewards of staying in a match to try and earn more XP, guns, and other loot with the possibility of losing it all if you die. This goes back to the tip about setting goals, but you should always consider when it’s the right time to cash out with what you have.

A full inventory, especially if you’ve gotten new guns or a lot of high-value loot, is a great indication that there’s no reason to stick around, as well as finishing one or more Faction Missions.

When you decide it’s time to go, get to the nearest Exfil spot and call in the helicopter. You will need to survive here not only until the helicopter arrives but also until it takes off, leaving plenty of opportunities for other teams to ambush you at the last moment since calling an Exfil alerts everyone else in the match.

What is Spotify? Music, pricing, and features explained

Black Friday sales: Tracking the sales live as they start