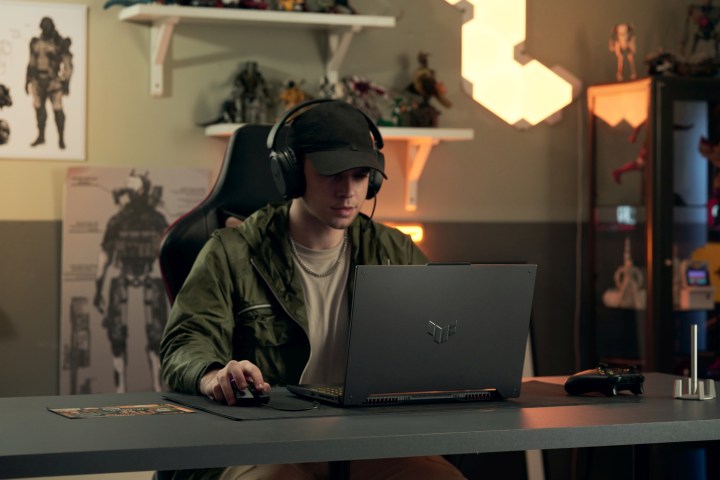 PC gamers used to thumb their noses at gaming laptops, and given the limitations of mobile computer hardware that existed in the past, you really can’t blame them. It’s no easy task to fit a bunch of beefy hardware into a slim laptop chassis, but times have changed, and you can even get good budget-friendly gaming laptops that are capable of running the latest games at good settings. The Asus TUF F15 is one of them, and Best Buy’s Cyber Monday deals have this RTX 3050 gaming laptop marked down to just $600 right now after a $200 savings on its $800 sticker price. Here’s why we think this one is a definite buy.

Why you should buy the Asus TUF 15 gaming laptop

Asus makes some of the best gaming laptops out there, and while the Asus TUF F15 isn’t as high-end as some of the brand’s other offerings, it represents a fantastic value and has a lot to offer. Every gamer knows that the heart of any gaming PC is the graphics card, and this one packs an Nvidia GeForce RTX 3050. That’s one of Nvidia’s more recent 30-series mobile GPUs, offering some advantages over the entry-level 16-series, such as ray tracing capability (that’s what the “R” in “RTX” stands for, in case you were wondering). With 4GB of dedicated VRAM, the RTX 3050 is a capable video card that will let you enjoy modern games at good settings, and you can easily crank the settings up a bit higher for more casual games like Minecraft or Fortnite.

It takes more than a GPU to make a good laptop, though, but the Asus TUF F15 doesn’t disappoint in other areas. Working with the RTX 3050 is an 11th-gen Intel Core i5-11400H CPU and 8GB of 3200MHz RAM, making this PC perfectly capable of everyday computing tasks while offering good support for the GPU. Alongside that, you get a 512GB SSD, which gives you more space for your game library than the 256GB SSD you usually see at this price point. Rounding off the package is a 144Hz display, allowing you to dial up the frame rate.

At just $600 after a $200 discount from Best Buy, this is not only one of the best Cyber Monday gaming laptop deals, it’s one of the best laptops you’re going to find for this price, period.