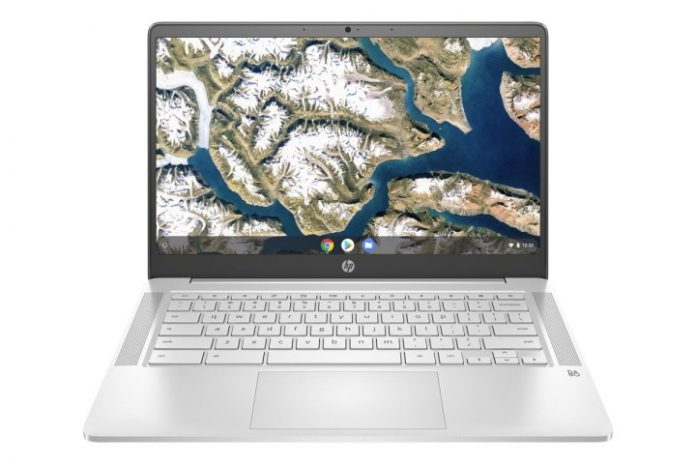 The best Black Friday deals landed early this year, giving shoppers a head-start on their holiday gift-buying. Early bargains have naturally included some hot Black Friday laptop deals, as these portable computers always feature heavily among the holiday shopping season, and PC brands like HP are getting in on the action with sales of their own. The HP Pre-Black Friday Sale has some juicy offers on tap for anybody in the market for a new computer, and we’ve rounded up the top picks from the event right here, which feature discounts on everything from cheap Chromebooks to an affordable gaming machine.

ChromeOS laptops are known for being affordable, so it’s no mystery why Black Friday Chromebook deals are so popular during these holiday sales. Chromebooks typically feature smaller 11-inch displays, but if you need something larger for work or class, the HP Chromebook 14 has you covered. Its 14-inch HD display is a great size for productivity while keeping the overall bulk and weight down thanks to its reasonably slim bezels. For hardware, you’ve got an Intel Celeron CPU and 4GB of RAM, which is enough for basic everyday tasks as the cloud-based Chrome OS software is not that resource-heavy. Storage is fairly limited at 32GB, but again, ChromeOS is designed to work with the cloud, so you’ve got some room for storing files locally and can rely on cloud storage for everything else.

If Windows is more your flavor, HP has you covered there, too. A 14-inch laptop, the HP 14z sports an AMD processor, 8GB of RAM, and a 128GB SSD, giving you a more complete suite of hardware than you’ll find on a cheap Chromebook. Even most sub-$300 Windows laptops only give you 4GB of memory, so having a full 8GB of RAM is very nice to see at this price point. This one also comes loaded with Windows 11, so you’re good to go with Microsoft’s latest operating system. It may not be one of the absolute best laptops money can buy, but for less than 300 bucks, this is a solid Windows workhorse and one of the best HP laptop Black Friday deals available among the brand’s early sale offerings.

In an age when many (if not most) laptop users favor sleek and compact ultrabooks, the 17-inch laptop market is woefully underserved. Thankfully, HP is one of a few brands that still offers laptops with these larger displays, and the HP Laptop 17z is a solid choice if you’re looking for a no-frills 17-inch workstation. Its 17-inch display features an HD+ resolution of 1600 x 900, which, while not 1080p, is still a cut above the 720p HD screens you see on many sub-$400 laptops. Under the hood, the HP Laptop 17 packs an AMD Athlon Gold 7220U CPU paired with 8GB of onboard RAM, which is enough muscle for everyday work, study, and surfing the web. A 128GB SSD also gives you enough high-speed local storage for your software and important files. Early HP laptop Black Friday deals make this about the cheapest 17-inch machine you’re going to find right now.

Convertible laptops are increasingly common, and you no longer have to pay a premium for 2-in-1 functionality as you did in the past. The HP Pavilion x360 14 proves that, offering good hardware specs and a versatile 2-in-1 design at a great price point. This one packs an 11th-gen Intel Core i5-1155G7 CPU and 8GB of dual-channel RAM along with a 256GB SSD, ticking all the boxes of what hardware specs we want to see in a laptop built for work and everyday use. Where the Pavilion x360 really shines, though, is in its 1080p Full HD touchscreen display, which folds backward on its hinge for use in tent, presentation, or tablet mode (when you’re not using it as a regular laptop, that is). That added utility lets you get hands-on with your work and is great for kicking back with some entertainment, as well.

Sandwiched between the budget-friendly Pavilion laptops and the high-end Spectre devices, the mid-range HP Envy line is criminally overlooked. That’s a mistake if you’re shopping around for a good laptop workstation on a budget, as the HP Envy x360 15 2-in-1 has a lot to offer for not a lot of money. This one runs on an AMD Ryzen 5 5625U and 8GB of dual-channel RAM, providing enough juice for work and multitasking, while its 256GB SSD gives you plenty of local storage space for software and files. The 15-inch display is a fold-flat 1080p touchscreen, and the overall design and build quality are sturdy, as you’d expect from HP being one of the best laptop brands. The keyboard and touchpad are also excellent, while two USB-C ports, Wi-Fi 6, and Bluetooth 5.2 connectivity complete this high-value laptop package.

Our roundup wouldn’t be complete without any Black Friday gaming laptop deals, and this discounted HP Victus 15 is one of the best picks from HP’s Pre-Black Friday Sale. At a glance, it looks much like any other 15-inch laptop, which will be appreciated by those who don’t want a gaudy-looking gaming laptop that’s covered in weird angles and LEDs. Its base hardware is pretty standard, too, including one of Intel’s latest 12th-gen Core i5-12500H CPUs, 8GB of RAM, and 256GB SSD. However, the HP Victus 15 also packs a dedicated GPU — it is a gaming laptop, after all — in the form of an Nvidia GeForce 1650, giving this computer some added muscle for playing newer games. It won’t breeze through the latest AAA releases at “ultra” settings like the best gaming laptops might, but it’ll get the job done at a fraction of the price and will have no problem handling more casual games like Fortnite. At this price, it’s hard to find much to complain about.