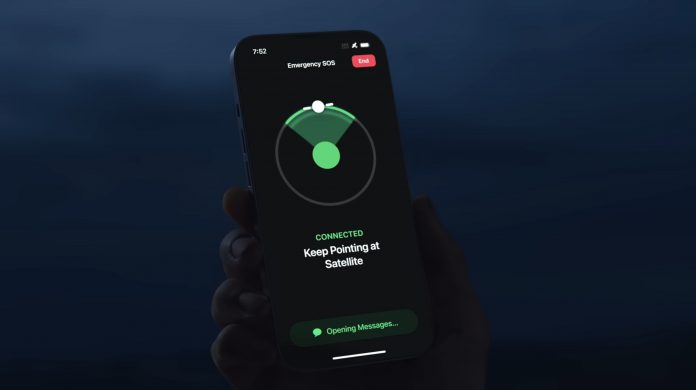 Apple today confirmed in a press release that Emergency SOS via Satellite for iPhone 14 models will be launching in the U.S. and Canada later this month. Apple has still not provided a specific release date or iOS version required for the feature.

Apple also announced that it is investing $450 million from its Advanced Manufacturing Fund towards the development of critical infrastructure supporting Emergency SOS via Satellite, with a majority of the funding going to Apple’s satellite partner Globalstar.

Apple said its investment will provide critical enhancements to Globalstar’s satellite network and ground stations in Alaska, Florida, Hawaii, Nevada, Puerto Rico, and Texas to ensure iPhone 14 users are able to connect to emergency services when off the grid.

All four iPhone 14 models will be able to connect directly to Globalstar satellites, enabling users to send text messages to emergency services when outside the range of cellular and Wi-Fi coverage and share their location via satellite using the Find My app. The feature will help users point their iPhone towards a satellite with on-screen visuals.

Apple says a satellite message might take 15 seconds to send in ideal conditions with a direct view of the sky and the horizon, but it could take over a minute for the message to send “under trees with light or medium foliage.” In environments with “heavy foliage” or “other obstructions,” an iPhone might fail to connect to a satellite entirely.

As a result of the investment, Globalstar’s ground stations have already been upgraded to use new high-power antennas designed and manufactured specifically for Apple. Apple shared more details about how the feature works:

When an iPhone user makes an Emergency SOS via satellite request, the message is received by one of Globalstar’s 24 satellites in low-earth orbit traveling at speeds of approximately 16,000 mph. The satellite then sends the message down to custom ground stations located at key points all over the world.

In a support document, Apple says Emergency SOS via Satellite will be available with an iOS 16 software update coming in November. The service will be free for the first two years, suggesting that Apple plans to charge for it in the future.