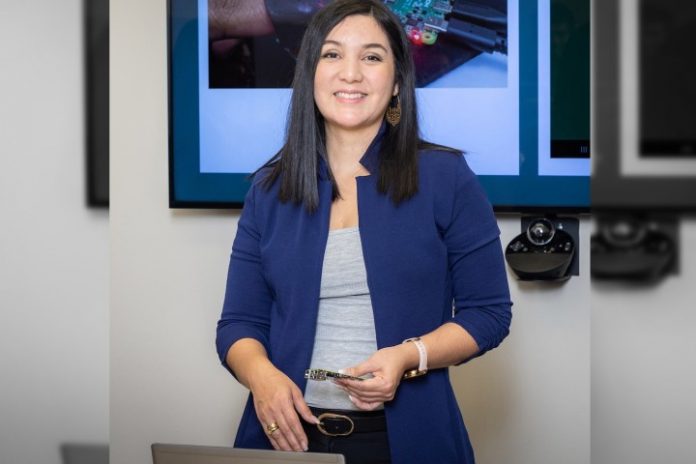 Blood glucose monitoring is touted to be the next big breakthrough for wearable devices like the Apple Watch. However, the hardware is yet to be seen on a commercially available, mass-market device. That might change soon.

A team from Georgia’s Kennesaw State University claims to have developed a noninvasive system of blood glucose level measurement, thanks to a device called GlucoCheck. It follows the same fundamental approach as the oxygen-level analysis sensor on smartwatches like the Apple Watch Series 8 and Samsung Galaxy Watch 5.

Team lead Maria Valero, an assistant professor at the institution’s College of Computing and Software Engineering (CCSE), notes that the device delivers 90% accuracy in analyzing glucose concentration in blood samples. The biosensor works in tandem with a phone application, but the team is already at work on integrating Amazon’s Alexa virtual assistant.

GlucoCheck shines light across the human skin, and then a camera captures the view from the other side. The goal is to study the varying level of light absorption by blood flowing in the vessels to determine the glucose concentration.

The team has already filed a patent for the tech and now aims to test it on more body types to diversify the test data. This step is of critical importance, because commercially available wearables like those made by Fitbit and even Apple are known to be inaccurate at reading data from people with dark or tattoed skin types.

The latest development is remarkable because it achieves the holy grail of glucose-level monitoring, which is to develop a noninvasive method that can be miniaturized and connected to devices such as phones. Currently, people with diabetes need to prick their fingers to obtain a blood sample to analyze their sugar levels.

Commercial players are also at it

This is not the first research of its kind. In July 2020, Samsung showcased a noninvasive method for blood glucose monitoring in partnership with experts from the Massachusetts Institute of Technology (MIT). The same year, Movano revealed a wearable device that can measure blood sugar levels using a light diffusion method. But it didn’t do much else.

A year later, a Japanese company named Quantum Operation showcased a wearable-mounted sensor at CES 2021 that was capable of noninvasive blood glucose analysis. According to multiple reports that have surfaced over the past couple of years, both Apple and Samsung are interested in the promising tech for their smartwatches.

U.K.-based Rockley Photonics is also working toward the same objective, but instead of LEDs, the company is focused more on laser-based analysis. Regarding the in-house tech, CEO Dr. Andrew Rickman told Digital Trends that it “collects incredibly rich data that we extract to measure, amongst other things, hydration, lactate, and blood pressure.”

Notably, Apple is said to be one of the biggest clients of Rockley Photonics and is rumored to include the noninvasive blood glucose monitoring tech on the Apple Watch portfolio in the near future.