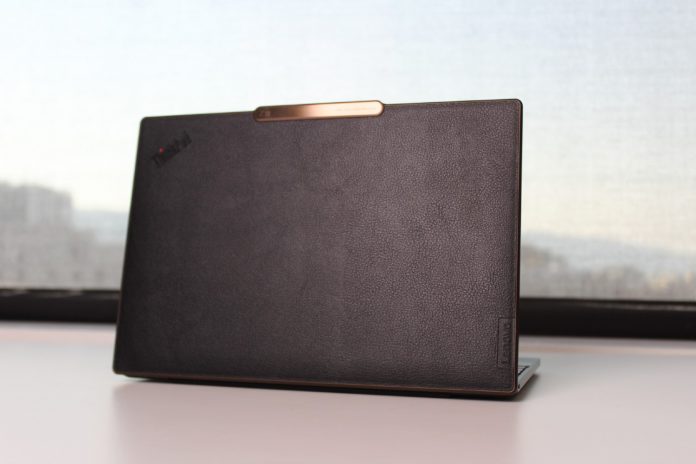 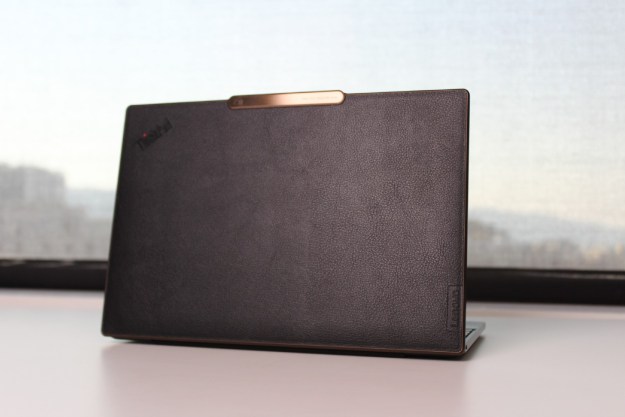 “The ThinkPad Z13 is a ThinkPad unlike any you’ve ever seen.”

As much as Lenovo has tried, the brand “ThinkPad” probably doesn’t make you think of adventurous designs or innovation. Dependable? Sure. Legacy? Yes. But not design experimentation.

The ThinkPad Z13 might not count as “experimental,” but it certainly feels like something new in the world of ThinkPads. The faux-leather material looks (and feels) unique, and it’s even a bit more affordable than the typical ThinkPad.

Calling the ThinkPad Z13 a “ThinkPad” feels like a stretch. Outside the red TrackPoint nub in the keyboard, there’s very little about this laptop that resembles the classic ThinkPad design.

Then again, this wouldn’t be Lenovo’s first attempt to expand the design language of the ThinkPad brand to something a bit more modern. We have the ThinkPad X1 Carbon and X1 Yoga, both of which venture out of the familiar ThinkPad formula. Heck, even the foldable ThinkPad X1 Fold is technically a “ThinkPad.”

So, what makes the Z13 stand out? A couple things catch the eye at a glance. The first is the the lid, an often ignored element of laptop design. This one has a faux-leather texture that looks unique and feels grippy. I always commend manufacturers for attempting to find materials to use other than aluminum or plastic, not unlike what HP does with its Dragonfly Folio G3.

Meanwhile, the top edge, which functions as an inverted notch, is emphasized with a brushed metal protrusion rather than downplayed. Lenovo calls it the “Communication Bar.” Of course, the point of emphasizing the Communication Bar is to tell you, the buyer, that this is a serious business laptop meant for the modern worker. That means a 1080p webcam (with integrated Windows Hello IR camera) and dual microphones, all housed in that bronze-backed Communication Bar.

As Lenovo points out, it also allows the bezels around the display to be quite narrow without using a notch like the MacBook Pro.

The sensor on the camera is 1.4 micron pixels with an aperture of f/2.0 — and the result is a decent camera for videoconferencing. Recently, 1080p has become the new standard for resolution, and I’m glad to see that Lenovo included it here.

The camera handles most lighting situations well enough, managing skin tones and lower-light scenarios with balance. I did find that images tend to get grainy and noisy in darker edges of the frame, especially in rooms featuring lots of contrast, such as a situation where someone is sitting by an open window.

The ThinkPad Z13 is quite portable too. At 0.55 inches thick, it’s one of the thinnest ThinkPads ever made, coming in slightly smaller than both the ThinkPad X1 Nano and the ThinkPad X1 Carbon. Its proportions share most in common with the X1 Nano, as both have a smaller footprint than the standard 14-inch ThinkPad size.

Should this be a ThinkPad?

The touchpad is the last bit of experimentation that’s worth mentioning. This is the first ThinkPad to include a haptic feedback trackpad, meaning it doesn’t have a physical click mechanism at all. This one uses haptics to simulate the feeling of a click, even if there’s no depression of a button whatsoever. That makes the left and right buttons at the top of the trackpad that are meant to be used with the TrackPoint are even less useful. It really makes you wonder why Lenovo bothered making this a ThinkPad at all.

Lenovo counters that by allowing some customization of these parts, but not with anything you can’t already easily access on the keyboard.

The glass trackpad, or ForcePad as Lenovo calls it, feels good, though the implementation feels a bit less smooth as the haptics on laptops like the Surface Laptop Studio or Dell XPS 13 Plus. It’s hard to describe, just doesn’t feel quite as convincing, and the simulated click feels a bit sticky.

The keyboard isn’t a chunky ThinkPad keyboard, even if the keycaps look the part. The keys features 1.35mm of key travel, which feels like plenty for this type of laptop.

When IPS is enough

The ThinkPad Z13 offers two screen options: an IPS LED model and a more expensive OLED option. Both are 13.3-inch screens with a 16:10 aspect ratio. They both even hit the same 400 nits of brightness. The difference is in contrast and color. My review unit used the cheaper IPS Touch model, and it doesn’t come anywhere close to the absolute black of OLED. That being said, it’s not a bad screen.

The IPS model also comes with a more basic 1920 x 1200 resolution, compared to the 2880 x 1800 resolution of the OLED panel. Of course, you don’t get the extreme black levels and accurate colors with the conventional IPS LED screen, either. But this is a rather nice screen for what it is, and that OLED option is only available on expensive high-end configurations with 32GB of RAM that you’ll probably never need.

The ThinkPad Z13 is a capable little machine, but it’s not designed with heavy workflows in mind. Rather than the typical Intel fare, this laptop comes with the Ryzen 7 Pro 6850U, AMD’s latest business processors. These 8-core chips are great for multitasking and simpler applications, especially if you work primarily in Microsoft Office or on web applications. That’s not say that a little Photoshop, web design, or programming on the side isn’t a possibility — you just don’t want to buy this if you plan on living in those applications all day.

This laptop is meant for the modern businessperson, and for those purposes, it’s more than powerful enough. To put things in perspective, it beats a laptop like the Dell XPS 13 Plus in most tasks in PCMark 10, and even stays fairly quiet and chill while doing so.

The Z13 doesn’t come with an Intel option, and that might leave you wondering if you’d be getting more performance out of a similar Intel laptop. Of course, when comparing performance between chips in laptops, you never have apples to apples. But AMD’s chips are within 4% of Intel based on testing of the ThinkPad X1 Nano Gen 2. It’s pretty darn close.

Lenovo doesn’t sell a model with just 8GB of RAM, which makes the base level price of $1,355 a bit more than other laptops. For example, the M1 MacBook Air starts at $999, but for a configuration with 16GB of RAM and 256GB of storage, it’s only $100 cheaper than the base model ThinkPad Z13. It’s a similar story with Lenovo’s own ThinkPad X1 Carbon. It’s more expensive when similarly configured, even if the starting base configuration is similar. Meanwhile, the ThinkPad Z13 a solid $500 cheaper than the HP Elite Dragonfly G3.

Of course, you can also configure the ThinkPad Z13 with up to 32GB of RAM and 1TB of storage, but the options for customization are slimmer than what you get on other ThinkPads.

Beyond performance, the strength of these Ryzen Pro chips is also in efficiency. The ThinkPad Z13 gets fantastic battery life, lasting more than 16.5 hours in light web browsing. This is one of the best results from this test I’ve seen on a laptop that doesn’t have an Apple logo plastered to the lid. You’ll likely get less battery life with the higher-resolution OLED model, but either way, you can expect the ThinkPad Z13 to outlast most of its rivals.

On an average day of work, I was finding it easy to make it through without needing to find an outlet. That’s something many of the ThinkPad Z13’s competitors can’t do, and that includes other similar laptops like the Dell XPS 13 Plus or ThinkPad X1 Nano Gen 2.

As a sleeker and less conventional take on the ThinkPad, the Z13 is a success. I appreciate the cheaper pricing, and I enjoy the unique look and feel of the chassis. The elements that make this a “ThinkPad” aren’t a distraction, but the fact that it’s a ThinkPad itself might turn off some people from what is otherwise an extremely modern business laptop.

But it shouldn’t. From the incredible battery life to the impressive performance, there’s very little to complain about with the ThinkPad Z13 — one of the most well-rounded new ThinkPad designs in recent years.