HomeHow toHow to get a Google Stadia refund
How to 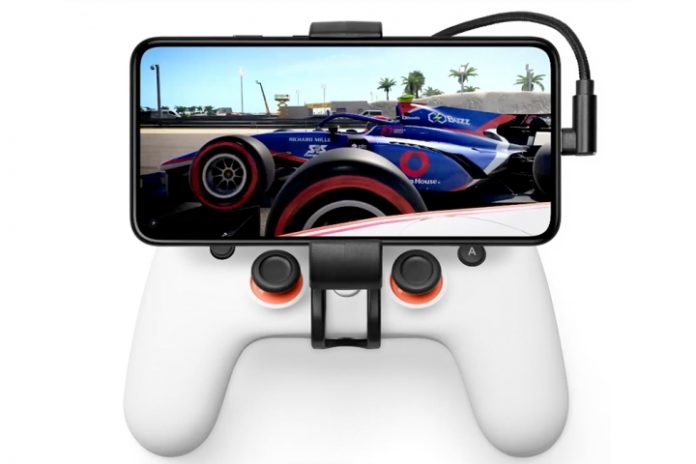 After a tumultuous run, Stadia fans could see the writing on the wall. Following the shutdown of its internal game development, Google has now made it official: The Stadia gaming platform is joining the other Google projects on a pleasant farm upstate, and servers will be permanently shut down on January 18, 2023.

The big question is, “What happens for Stadia gamers and the money they’ve invested in the Stadia platform?” We’ve got some good news on that front – Google is offering generous refunds for those who used Stadia, so there’s a good chance that you can recover the funds you spent. Here’s how it works and what you should do in the coming months to recoup what you’ve spent on Stadia.

Who gets a refund?

If you purchase Stadia hardware through the Google Store and games through the Stadia store, then most of those are eligible for a full refund. That includes the Stadia Control, Stadia Founders Edition, Stadia Premier Edition, Stadia Play, and Stadia Watch. All software transactions, including both games and add-ons, can also be refunded. If you pre-ordered a game on Stadia and the funds have been processed, then you can also get a refund for that preorder.

The notable exception to the refunds is the Stadia Pro subscription, which cannot be refunded. If you had an active Stadia Pro subscription when Google announced Stadia’s shutdown (September 29, 2022), then it will continue without further charges until the servers are shut down, so you’ll effectively get a few months for free.

How do I apply for a refund?

Google is still hammering out the details on the process for refunds, but it’s going to be an online refund. You cannot take your Stadia to a physical Google Store or similar location and expect a refund.

For now, Stadia users should do two important things. First, visit the Google Store and note all your past Stadia-related purchases and which qualify for a refund (most will). If you have something related to Stadia that’s not showing up in your past transactions, look up how you paid for it and make a note of it. The Stadia Store is now closed, and you won’t be able to view software purchases, but you should be able to see what you purchased on the Stadia platform itself, as well as receipts from the account you used to buy on Stadia. This will allow you to get a very good idea of how much you can expect in a refund.

Second, follow Google’s own blog where they announced the shutdown of the Stadia. Updates announcing the refund process will also post here, so it’s one of the fastest ways to hop on the refund train when it’s available.

Google has not set a firm timeline but does intend to have most refunds processed by the time Stadia servers shut down. Don’t try to contact Google support directly to ask for a refund until after January 2023 – there’s not much they’ll be able to do.

What if I spent money another way than paying on the Google Store?

If you used a gift card, Google has said that they will be sending you a message about how the refund process will work, so you’ll have to wait to hear from them. Otherwise, Google isn’t guaranteeing refunds on products purchased elsewhere (like Best Buy, which sold Stadia products) at this time. However, we’re still early in the refund process, which caught many, including game developers, by surprise, so it’s going to take time to get processes sorted out. Third-party sellers may well have refund options of their own.

Do I get to keep my hardware?

If you bought your Stadia hardware on the Google Store, you probably won’t have to return it. Fortunately, not all Stadia products will be relegated to museum pieces or teardowns. The Stadia Controller, for example, will still work via Bluetooth on other devices, although don’t expect it to get any firmware updates.

Will my game progress carry over to another platform?

Probably not. Google says that it’s unlikely that any progress made on games via Stadia will be able to switch over to a different platform. Unfortunately, you’ll have to start over if you play the same game on a different platform. If you played a game that already supported cross-platform play or cross-progression, it’s more likely that your progress will be saved elsewhere, but relatively few games on Stadia are in that position.

Can I keep playing my Stadia games until January?

Technically, yes. But there may be problems. Google has already warned that titles with in-game transactions may run into trouble, so don’t plan on buying anything in-game on the Stadia. At this time, it’s unclear what other issues may crop up, especially if developers start dropping Stadia support – but Stadia’s unique way of streaming games means that most games should continue to work until the servers say farewell.