HomeNewsDoes the iPhone 14 have a fingerprint sensor? Here’s what happened to...
News 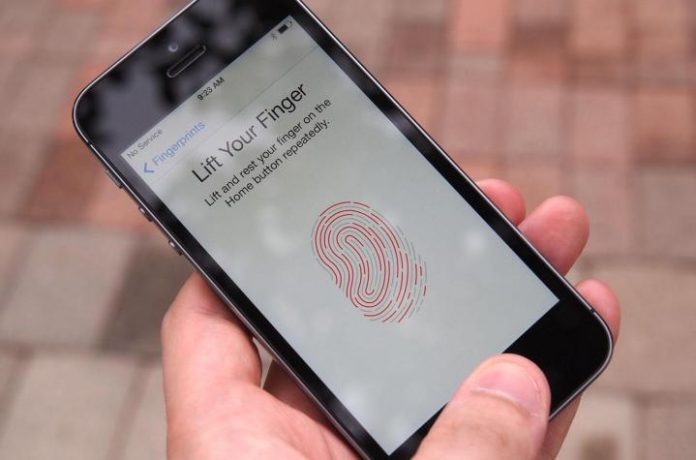 Apple made quite a stir nine years ago when it unveiled the iPhone 5s with Touch ID. It was the first time Apple had put a fingerprint sensor into an iPhone, and it redefined how folks interacted with their Apple mobile devices.

Gone was the hassle of keying in a passcode to secure your iPhone — or living without one just because it was too much trouble. Touch ID promised better security through convenience, and it quickly became a core feature of not just Apple’s iPhone lineup but also iPads, MacBooks, and eventually even an external iMac keyboard.

However, it’s also clear that Touch ID was just a step along the way. While it was far more convenient than entering a passcode every time you wanted to use your iPhone, Apple came up with a better way. In 2017, the company unveiled the iPhone X with a full-screen display that left no room for a Touch ID home button. Instead, an all-new front camera and sensor array delivered highly accurate 3D face recognition, and Face ID was born.

While Apple could have moved the fingerprint sensor to the side button, as it’s done on the iPad Air and iPad Mini, it’s clear Apple doesn’t see the need for more than one biometric authentication system. Touch ID is necessary on the mid-tier iPad models because they lack Face ID; the higher-end iPad Pro has a design that’s very similar to the iPad Air, but since it has Face ID, there’s no need for a Touch ID sensor.

It appears Apple prefers to stick with Face ID on its higher-end phones and tablets, only falling back to Touch ID fingerprint sensors in those products where it needs to cut corners to make them more affordable. Face ID is a premium feature that works amazingly well for most iPhone owners, and Apple doesn’t want to dilute the elegance of Face ID by adding a fingerprint sensor into the mix.

While Apple put all its efforts into Face ID, rival smartphone makers instead looked for ways to put the fingerprint sensor under the display to eliminate the need for a physical button.

Over the past few years, many rumors have suggested that Apple is also working on in-display fingerprint sensors. However, none of these have ever come to fruition in an actual product.

Rumors of a new iPad Air that began circulating in early 2020 pointed to a redesign based on the 2018 iPad Pro, with an edge-to-edge screen but no Face ID camera system. Many believed Apple would use this new fourth-generation iPad Air to debut its first in-display fingerprint sensor. Instead, we got an iPad Air with a Touch ID sensor embedded in the side button.

In early 2021, Bloomberg’s Mark Gurman reported that Apple was testing “an in-screen fingerprint reader” to be added as an alternative to Face ID on the iPhone 13. Apple didn’t run with that for whatever reason, and by early 2022, we began hearing reports that Apple had shelved the idea of an in-display fingerprint sensor for the foreseeable future.

There’s little doubt that Apple has done work on developing in-display fingerprint sensor technology. Apple tries out a lot of different things, many of which never see the light of day. We may never find out all the details as to why in-display Touch ID hasn’t become a thing, but the most likely answer is that it simply didn’t meet Apple’s standards for reliability, performance, or cost.

Face ID is the future

Face ID wasn’t merely a compromise to get rid of the home button on the redesigned iPhone X. After all, Apple could have easily figured out somewhere else to put the Touch ID sensor.

Instead, Face ID was Apple’s way of ushering in the next generation of iPhones. The iPhone X didn’t just look different; it changed the game in many other ways, from the TrueDepth camera that powered Face ID and Animoji to an entirely new gesture-based user interface.

Unlike the weaker facial recognition systems on rival smartphones that can be fooled by a photograph, Face ID was designed to be highly secure by using an infrared scanner to build a three-dimensional depth map of the user’s face. Face ID can sometimes mistake close family members with similar appearances — a coincidental issue that Apple acknowledges — but it’s considerably more difficult to trick Face ID deliberately. The folks at Wired spent thousands of dollars and hours of effort creating professional prosthetic face masks in an unsuccessful attempt to fool Face ID.

That’s much harder to bypass than Touch ID, which can be fooled by creating a sophisticated latex mold from someone’s fingerprint. However, even that’s not a procedure for the faint of heart. If you’re dealing with people that will go to those lengths to get into your iPhone, it’s fair to say you have problems that consumer technology isn’t designed to solve.

Apple has invested heavily in its Face ID system, and it’s continuing to do so. One of the most compelling arguments for adding Touch ID to modern iPhones came during the COVID-19 pandemic when folks were masking up. Apple’s solution to this wasn’t to fall back on Touch ID but to make Face ID even better.

Today, folks with any Face ID-equipped iPhone can use their Apple Watch to help unlock their iPhone while masked up, and those with an iPhone 12 or later don’t even need an Apple Watch, thanks to improvements made earlier this year in iOS 15.4. Even though masks are no longer mandatory in many places, these features are still a boon for folks in health care and other professions where masking up is part of the job.

Still want a fingerprint sensor? Try this iPhone instead

Face ID is an excellent way of authenticating to your iPhone. It’s virtually invisible most of the time, working in the background to unlock apps and autofill passwords from iCloud Keychain. In fact, Face ID is so seamless that Apple requires that you double-click the home button when using Apple Pay or purchasing apps since it would otherwise be too easy to spend money accidentally.

Nevertheless, Face ID isn’t for everyone, and there are still situations where Touch ID is more convenient. This is especially true if you want to unlock your iPhone without looking at it, such as when making contactless payments with Apple Pay. Further, as marvelous as the new mask-aware Face ID features are, they still don’t work through full facial masks, ski goggles, or polarized sunglasses.

Fortunately, Apple’s wallet-friendly iPhone SE still includes Touch ID, along with the classic home button design used by older iPhone models. This works the same way it always has, with the Touch ID sensor in the home button, and the current third-generation iPhone SE features an A15 chip that’s nearly identical to the one found in this year’s iPhone 14.

It’s also likely future iPhone SE models will continue to support Touch ID, at least for the next few years. The iPhone SE is all about affordability, and the cameras and sensors that power Face ID are expensive. Even if Apple eventually moves to an edge-to-edge screen design and eliminates the home button, the iPhone SE will likely follow in the footsteps of the iPad Air and move the Touch ID sensor to the side button.