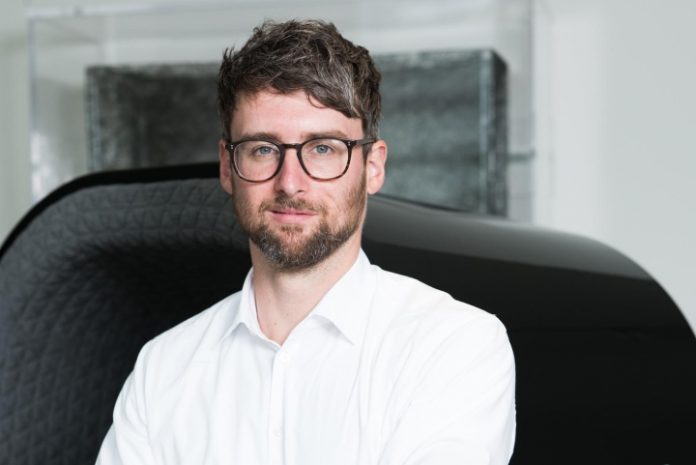 “When we decided to make a smartwatch, our inspiration was to take something from our history and give it smart technology. We’re trying to bring the story of watchmaking to smartwatches. Something that’s true to us”

This is how Felix Obschonka, category director of new technologies at Montblanc, described the company’s approach to its range of smartwatches, and how the new Summit 3 differs from models made by technology brands. However, the Summit 3 is also the first non-Samsung smartwatch to use Google’s Wear OS 3 software, so while it’s steeped in Montblanc’s history, it’s not lacking in tech credentials.

Digital Trends spoke to Obschonka about what makes the Summit 3 a true luxury product, its relationship with Google and how Wear OS 3 has given the brand more freedom, and the appeal of wearing something beautiful on your wrist.

Not an Apple Watch competitor

Montblanc has a long history of making mechanical watches, but is perhaps better known for its writing implements and luxury lifestyle products. Initially, this doesn’t make it sound like a technology company ready to make a cutting-edge smartwatch, and it’s a question Obschonka has faced before.

The Summit 3 is the fifth smartwatch from the brand, after starting out with the original Summit in 2017, two years after Apple made wearables more mainstream with the original first-generation Apple Watch. Obschonka said Montblanc observed with interest as it caught the public’s attention.

“We knew this type of device would occupy the real estate that we want to occupy,” he recalled. “Seeing competition coming from a completely different industry, we wondered what to do as a watchmaker? Do we want to move into this market and have a voice?”

The answer was, of course, yes. However, rather than create a challenger product, Montblanc wanted to approach the new world from a different angle.

“We wanted to say, ‘here is something that people love in terms of [smartwatch] functionality,’ but with what we understand as a beautiful watch and the values of watchmaking. We don’t have a mechanical movement anymore, true, but we still have design elements that we consider fine watchmaking. We don’t want to be a direct competitor to Apple, but to give an option to someone who loves watches.”

Bringing Montblanc to the smartwatch

Luxury smartwatches are complicated. Some tech fans don’t always understand the appeal, while some watch fans wonder why they would buy one instead of a mechanical watch. I put this to Obschonka, who explained what Montblanc’s intention is with its Summit range and how a smartwatch from a luxury watchmaker differs from a smartwatch with premium elements made by a tech brand.

“When we started with smartwatches, we didn’t say we must have this type of screen or this type of battery and so on. We started the other way around, saying if we build a smartwatch, how does it fit in with what we do at Montblanc. We gave the designers the freedom to make something beautiful. The case holds the technology, but we use special finishing to make the watch appear smaller, techniques to make the lugs lighter, and to elevate the overall perception of the watch. It’s a different process to making any other smartwatch. The materials that are used aren’t chosen to save cost, but are the ones that are the nicest to wear, and for the finishing and design, we choose something beautiful over something cost-effective.”

Montblanc’s smartwatches are designed and crafted by the same watch designers that make its mechanical watches, and the style elements therefore fit with its collection.

“We give someone the most beautiful parts, not just another feature,” he continued. “It’s still something I see in the tech world. They talk about sapphire crystal, but not about an antireflective coating, or where it was sourced from in order to provide a better finish. It’s just another stat along with the processor. We used titanium to lower the weight of the watch, and its Grade 5 so it has a better finish and is easier to polish.”

Montblanc’s craftsmen employ the same techniques used on its mechanical watches to make the Summit 3, so if a mistake is made during the process, the case is discarded. It’s different to sandblasting multiple cases at once, which is easier at scale but does not make the case luxurious, Obschonka pointed out.

“For us, it’s not features that differentiate, it’s the beauty. It’s a lifestyle piece first and foremost, but still with all the smartwatch functionality someone wants.”

Abschonka considers Montblanc a tech-savvy brand, and its work with Google backs that up. The company has worked with Google for six years, and the Summit 3 is the first non-Samsung smartwatch to use Google’s WearOS . It gives us a glimpse of the software without Samsung’s One UI Watch over the top. Obschonka explained the opportunities this brought with it.

“With the new OS, we have more possibilities. We have our own Montblanc companion app that changes the smartwatch experience into a brand experience. Before, it was just the Google WearOS app, which was the same for all the brands. Now we have the freedom to do what we do best, so when you open the app, you see our watch faces, which differentiates us and is part of our history.”

He’s absolutely correct. Montblanc’s app is very well-designed, and the watch faces available for the Summit 3 are as functional as they are beautiful, with working complications and designs taken from its collection of mechanical watches. It’s a huge part of the appeal when the smartwatch is on your wrist.

“When we look at the watch itself, we chose to go for a pure Wear OS approach,” he revealed. “We didn’t want to change everything and build something from scratch and then confuse people with features that don’t suit them.”

This is an interesting statement. The Summit 3, for all its attractiveness, lacks features we usually consider standard on a smartwatch, such as Google Assistant. This may have been both by design on Montblanc’s part and due to the still-relative-newness of Wear OS 3. Obschonka couldn’t go into much detail but said:

“Google understands that for us as a lifestyle smartwatch maker, there are some things that are more important to us than others. We don’t have a strict annual refresh cycle. We don’t need to build a watch that serves billions of people, but a very good product for our target group. We don’t need to launch a watch with all the technical features, but can bring them with future updates.”

Who wears the Summit 3?

When he was talking about the Summit 3’s fairly basic technological nature, Obschonka mentioned the ‘target group,’ but who exactly is that? The Summit 3 costs $1,290, so it’s expensive for a smartwatch, but not for a Montblanc watch. He talked about the type of person buying the Summit 3, which also gives us an intriguing glimpse at the luxury smartwatch market as a whole.

“We have a split. We have people who love mechanical watches who want to try out a smartwatch. For them, it’s important to make the entry into them straightforward, the connectivity needs to work, with good tutorials, and so on,” he said.

This helps understand the decision not to fill the Summit 3 with technology, but what about those who are into tech? Obschonka continued:

“We’re also serving people who are emerging watch connoisseurs, who may not even own a mechanical watch, and they are buying it because it’s the first WearOS 3 smartwatch,” he said.

He concluded with an anecdote about a conversation had over a period of time with someone who purchased a Summit 3 for exactly this reason. The customer revealed they had gone on to wear it more than the watch it replaced, and when asked why, they said simply, “I wear the watch because it looks so beautiful.”

It seems that with the Summit 3, Montblanc has got the balance between technology and watchmaking appeal exactly right.

Facebook
Twitter
Pinterest
WhatsApp
Previous articleGoogle and Apple are paving the way with digital wallets, even if some places are slow to catch up
Next articleAdobe Photoshop Free Trial: Get a month of editing for free
- Advertisment -