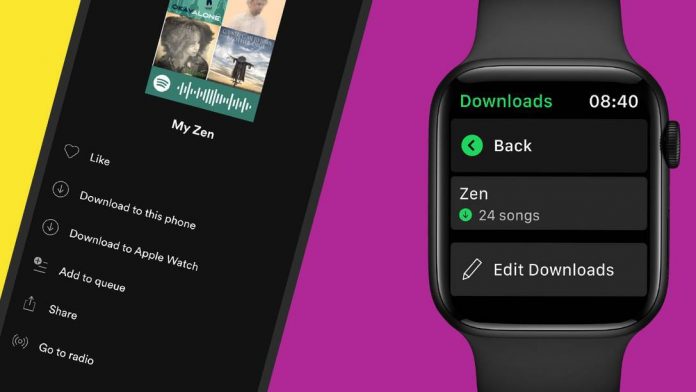 Apple Watch owners who stream music from Spotify have been urged not to update their devices to watchOS 9 because of a bug that causes streaming on the watch to stop working.

Spotify has been sending its users emails warning of the problem, which began to emerge soon after Apple released ‌watchOS 9‌ to the public on Monday. The message from the company reads:

Apple WatchOS 9 introduced a bug that causes Spotify streaming on the Apple Watch to stop working. We urge Spotify Apple Watch users not to install the WatchOS 9 update until Apple has implemented a fix for the issue. Users who are already affected can instead download their content to their Apple Watch and listen offline or stream from their phones.

According to user reports, streaming on Apple Watch stops working within the first minute, and yet the track progress bar continues to move, just minus audio. The problem occurs on both Wi-Fi and cellular connection, but there is no issue with Spotify media downloaded to Apple Watch.

Apple seeded the first beta of watchOS 9.1 to developers on Wednesday, and there are unverified reports that the point release fixes the Spotify streaming problem. However, Apple does not mention the issue in its release notes so users won’t know for sure until Apple rolls out the next Apple Watch update to the public.