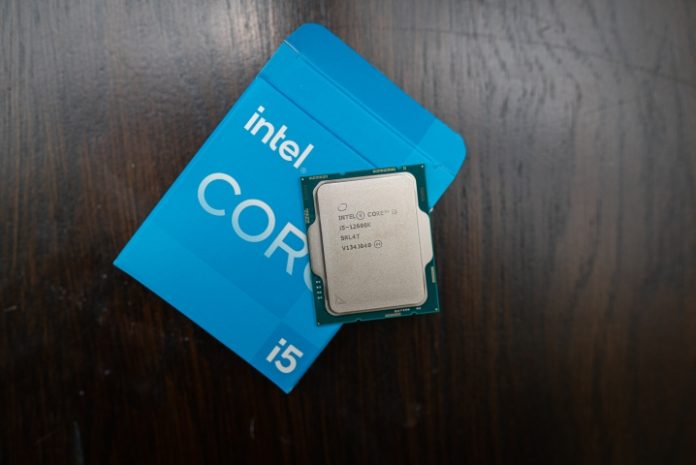 The Core i5-12600K launched in 2021, and you can buy it right now for about $280, or $270 if you get the KF version that doesn’t have integrated graphics. Meanwhile, the 7600X is slated to release on September 27 at $299, which is just slightly more expensive than Intel’s year-old midrange champion.

However, there are two factors that could help the 12600K look even better. For starters, it’s often hard to find new PC components soon after launch, and while AMD’s CEO says that won’t happen with Zen 4 CPUs like Ryzen 7000, it’s definitely a distinct possibility. It’s also worth considering that the 12600K could fall in price even more; it launched at $299 in 2021, and it hasn’t fallen much since, unlike other Intel CPUs.

We’ll have to wait and see how things go, but the 12600K certainly has an availability and pricing advantage just because it’s been on the market for longer.

It’s getting increasingly difficult to get anything useful out of spec comparisons since AMD and Intel are taking different paths to improve CPU performance, leading to radically different designs. However, without third-party benchmarks, these are (almost) all we have to go on for now.

Similarly, the 7600X’s advantage in clock speed and cache is certainly good for performance (especially in games), but it’s impossible to make a performance judgment based solely on that. Plenty of CPUs with a lower frequency and less cache are still very fast as there’s more to a CPU’s design than just clocks and cache.

The one spec on here that might be relevant to you is power consumption. Although it would seem like the 7600X uses significantly less power than the 12600K, AMD and Intel measure power (or TDP) differently. Intel CPUs tend to consume power equal to the TDP, while AMD CPUs usually consume about 30% more. It’s likely the 7600X will consume a few fewer watts than the 12600K, but not enough to make a significant difference.

The 7600X isn’t out yet, so we don’t have any independent benchmarks to go off of. AMD did demonstrate Ryzen 7000’s performance in its reveal event, but we don’t take first-party benchmarks as gospel due to their inherent bias.

Aside from the Ryzen 9 7950X, the CPU AMD talked about the most was the 7600X, which the company claims is 5% faster for gaming than Intel’s flagship Core i9-12900K. AMD tested AAA titles like Cyberpunk 2077 and Rainbow Six Siege, which at least means the comparison isn’t flawed because AMD just chose games that run well on Ryzen. For the 12600K, this would mean the 7600X is at least 5% faster in games, if not more.

AMD didn’t provide any other benchmarks but did say the 7950X will have 29% higher single-threaded and 44% higher multithreaded performance than the Ryzen 9 5950X. We can probably assume the 7600X will have a similar uplift in single-thread compared to the 5600X, which also means that the 7600X could be about 10% faster than the 12600K.

As for multithreaded performance, though, expecting 44% more is unrealistic. The 7950X has a much higher power limit than the 5950X, which was hampered by a relatively low power limit. While the 7600X also features higher power consumption than the 5600X, adding more power matters much more for 16-core flagships than midrange CPUs with just six cores. We can probably expect the improvement for multithread to be around 20% to 30%, which would put the 7600X perhaps 10% or even 20% ahead of the 12600K in most multithreaded benchmarks, but this is pure speculation for now.

The 7600X will very likely be ahead of the 12600K in most benchmarks, but not by a large margin since Intel’s 12th-generation CPUs were quite fast when they came out in 2021.

AMD is finally catching up to Intel on features by adding support for PCIe 5.0 and DDR5 memory with Ryzen 7000. Technically, AMD holds the advantage here, but it’s hard to say that this advantage makes the 7600X particularly better than the 12600K.

Current-gen Intel LGA1700 Alder Lake motherboards support PCIe 5.0, but only for NVMe solid-state drives (SSDs) and not GPUs. All AM5 motherboards support PCIe 5.0 NVMe drives, and higher-end models will also include support for PCIe 5.0 GPUs. That being said, AMD’s advantage here isn’t all that relevant for midrange CPUs; if you’re buying a midrange CPU, you’re probably on a budget and spending that budget just to get PCIe 5.0 support for the GPU (especially when no PCIe 5 GPUs are currently available) would be a poor investment, especially when that support might not mean better gaming performance.

AM5 motherboards support 5,200MHz DDR5 RAM, which is higher than the 4,800MHz that LGA1700 supports, but this isn’t a particularly important advantage since most RAM kits come with an XMP profile that just overclocks the RAM regardless of the officially supported frequency. In fact, for a midrange PC, the 12600K might be more appealing since it supports DDR4 RAM, which is slightly slower but much cheaper than DDR5.

Overall, there’s a negligible difference between the 7600X and the 12600K when it comes to features, even though AM5 is arguably more modern. It simply comes down to cutting-edge features being too expensive for anyone building a midrange PC, the kind of desktop you’d want to have a 7600X or a 12600K.

Although the Ryzen 7600X is almost certain to be the faster CPU in this head-to-head, we don’t know for sure, or by how much, until the new AMD chip is available for testing. Rest assured that as soon as it is, we’ll get our hands on it and have the benchmarks with you as soon as the embargo lifts.

In the meantime, if you want to stay up to date with the latest Ryzen 7000 news, keep an eye on our guide to everything Zen 4.