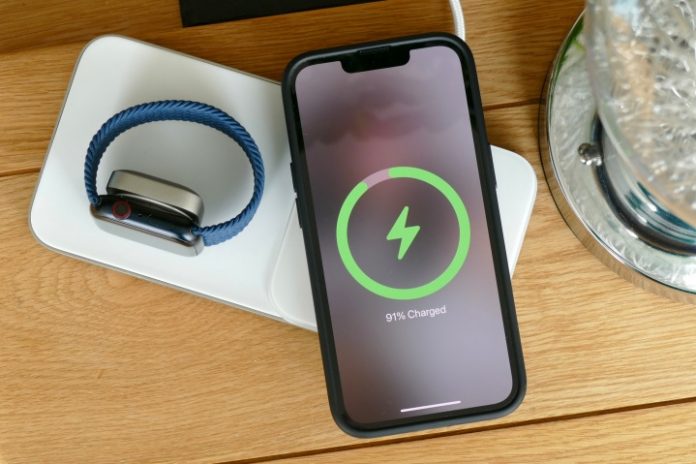 Reverse charging has been a frequently requested feature among Apple fans for years, but now it seems like the dream might become a reality thanks to a new patent filed by the company.

Reverse charging is a feature that would allow you to charge your iPhone wirelessly using another iPhone. If implemented across all Apple hardware, it could reshape the landscape of low-battery anxiety that many have been facing as more of our lives become dependent on chargeable devices. It’s also something that’s still missing on the most recent iPhone 14 and iPhone 14 Pro.

As first spotted by PatentlyApple, the patent looks to make back-to-back wireless iPhone charging an option in the future. In recent years, there have been scattered signs pointing to different versions of Apple making use of reverse wireless charging — such as patents suggesting the ability to charge accessories using an iPhone or an iPad. But this is the first time we’re seeing phone-to-phone charging in any of the company’s patents.

In fact, this patent seems to be rolling a lot of the other reverse charging features that we’ve seen in previous patents into one package. If implemented, it would essentially allow any Apple product to wirelessly charge other Apple hardware. Based on the direction that Apple has been moving with features like Universal Control that connect all Apple devices together wirelessly, it feels plausible that reverse charging could be the next step to complete device connectivity.

The context surrounding Apple’s other seemingly abandoned reverse charging patents is extremely important when looking at this new one. Even if it is Apple’s intention to finally move forward with reverse charging, the patent was only just filed. In other words, there’s a chance that we won’t be seeing it in use for a while.

Reverse charging already exists in a minor way in the Apple ecosystem. The iPhone 12 introduced the feature by being able to charge Apple’s MagSafe battery pack, so there’s certainly precedent for it moving forward. What exactly that could become and when we’ll see, however, is still unknown.