HomeNewsI ditched the grid for a week and embraced portable power. Here’s...
News

I ditched the grid for a week and embraced portable power. Here’s how it went 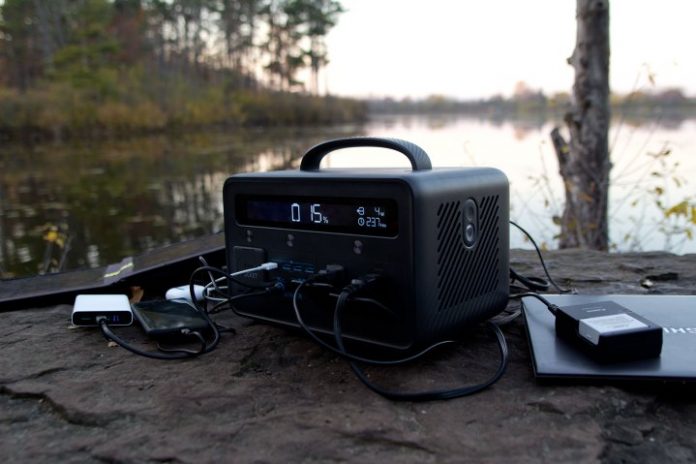 True camping purists are likely to put their phones on airplane mode for their camping trip, but let’s face it: if you’re a giant nerd like me, you’re going to have plenty of gadgets to keep topped up. Not only do you need power for your phone and tablet, but also enough juice to keep your fellow campers going as well. If you have a dedicated camera that you’re using throughout your weekend, you might need to keep a backup battery charged. Brought the drone? You’ll be plowing through your batteries really quickly with that. Luckily it’s not that complicated to provide all the power you need, even when you’re far from civilization.

The simplest solution — especially for a short weekend getaway with only small devices to keep charged — is a big battery. These typically have loads of outlets, so you can keep all of the campers happy. If you top your battery up to 100% while still connected to civilization, odds are good you’ll have enough juice for a few days.

We’ve looked at quite a few models in this category, including the Anker PowerHouse II, the Jackery Explorer 1000, and the EcoFlow Delta. They all have their pros and cons, but quibbles about minor feature or performance differences aside, you’re getting a boatload of power. The big catch here is that these things are heavy. If you’re going for a long hike to your site, you’ll need to gauge the necessity and potentially downsize to more portable batteries. For more tame expeditions with road access, a big power station can do the job.

Sun’s out, panels out

During the summer, you’re obviously going to be keen to soak up plenty of rays while you’re on the trail. Might as well let your gadgets do the same. When a big battery isn’t an option, a solar panel can fill the gap. However, using tiny solar panels is next to useless. If you’re going to bother, invest in the big ones. Yes, they’re less portable, meaning you may still be relying on road access depending on how much you’re willing to haul, but if you’re going to be hunkering down somewhere far from the city for more than two nights, these can be a lifesaver.

I used the Goal Zero Nomad 100 solar panel on two weekends. One was at the cottage with great weather and lots of sky clearance. I only needed to adjust the position twice in the day. The amount of power I was generating was tapping out the capacity on the Sherpa AC100 battery I had plugged into the solar panels. Even with multiple devices being charged with it throughout the day, I was routinely wishing I had brought a bigger battery to capitalize on all those rays.

My second weekend with the panels was camping at a family reunion. Conditions here were less than ideal. High trees on all sides limited the amount of daylight I was able to capture, the panels had to withstand a night of rain, and an overcast next day really cut down on the power generation. Despite those hurdles, I was still able to keep all of my personal electronics chugging along, even though I didn’t have much to spare for the other campers.

One of my favorite camping accessories in recent years has been the BioLite CampStove. It uses a thermoelectric generator to make electricity when putting together a fire. Useful accessories like a grill and kettle (complete with French press) and a smart packing system make it a practical addition to your camping kit.

I had used the previous generation of CampStove a long time ago, and though it did what it said on the box, the overall output was underwhelming. The CampStove 2+ however, has been highly optimized. It was able to bump up a phone from 16% to 34% over the course of a 40-minute grilling session. You probably won’t be charging all of your gear exclusively with the CampStove 2+ at that rate, but if you’re going to have a fire anyway, you might as well eke out a little bit of juice in the process.

To keep the engine going, you’ll need to routinely stoke the fire with wood that’s been broken down to fit inside the fairly small cavity. This can be a bit of a chore, with more babysitting than your average bonfire. Conditions can have a huge effect on how far this system goes. Finding dry wood the day after the rain was dicey. On a previous trip with the first-generation stove, the whole region we were camping in was under a wildfire warning with a strict prohibition on open flames.

Obviously not everyone is going to go camping with this much expensive gear, but for those who like to stay connected, it’s entirely possible to keep your gadgets going while off in the woods.