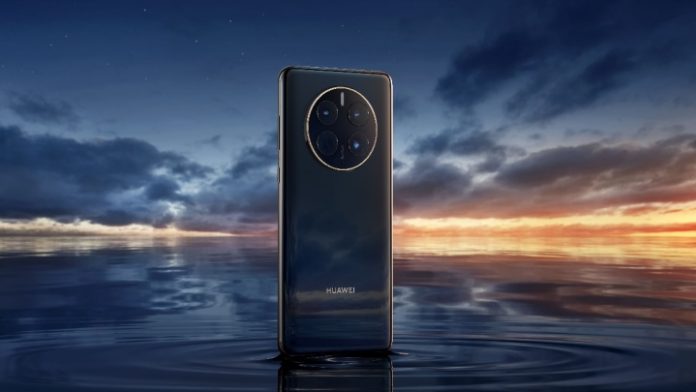 Huawei today announced the international release of its Mate 50 flagship. The phone, formerly released in China exclusively, will now be making its way to Europe. It’ll bring features like satellite-aided texting, a powerful set of cameras, and an elegant design for just a little over 1,000 euros ($961).

Starting with the design, Huawei’s front brings back the notch that was once banished from Android phones. It’s wider than what you’d see on an iPhone 13 or iPhone 14, and the company says that’s where its facial unlock system lives. The rear of the device looks distinct, though, with the company’s “Space Ring” housing its impressive cameras. Texture-wise, it comes in both glass and vegan leather finishes. The glass model comes in silver and black, while the vegan leather can be purchased in orange. The “Kunlun Glass” on the orange device is apparently 10x more drop resistant than what you’d find on the black or silver models, and there’s IP68 protection.

As with all of Huawei’s flagship products, the company focuses on its camera experience. There are three rear cameras, a 50-megapixel main camera, a 13MP wide-angle one, and a 64MP telephoto lens for taking images from a distance with a zoom range of up to 200x (as well as really good portrait shots). Huawei also plays up the macro capabilities of the ultrawide camera, noting that it supports maco video shooting as well. Huawei hoghlights the first “10-scale adjustable physical aperture and most versatile photography capabilities ever seen on a Mate smartphone.”

Huawei is also bringing features that would not have gone amiss on the latest iPhone. This means satellite-aided texting for when you’re out of cellular range (in Mainland China, though), and a low-battery Emergency Mode that gives you three hours of stand time when your phone falls to 1%.

Commenting on the release, Richard Yu, Huawei’s executive director of the board, said: “Over the past decade, the Mate Series has consistently pushed the envelope to make groundbreaking innovations broadly accessible. Each new generation of Mate smartphones has brought together a whole host of state-of-the-art Huawei technologies. The Huawei Mate 50 Series continues this proud legacy, introducing pioneering innovations and providing a breath of fresh air.”

Huawei’s Mate 50 will be priced at 1,300 euros ($1,250) for the black and silver models, which come with 8GB RAM/256GB, while the orange model is available with 8GB RAM/512GB and will be priced at 1,400 euros ($1,346). As with all Huawei phones over the past few years, there’s the caveat of it not running Google-certified Android, which means no Google Play Store apps and all that entails. Former subbrand Honor often features technology from Huawei, so you’d probably have the option to try 0ut a device that could pass for a Huawei one with Google’s apps.

This new Windows 11 feature will help you protect your passwords