HomeComparisonApple Watch Series 8 vs Watch SE 2: Which should you buy?
Comparison

Apple Watch Series 8 vs Watch SE 2: Which should you buy? 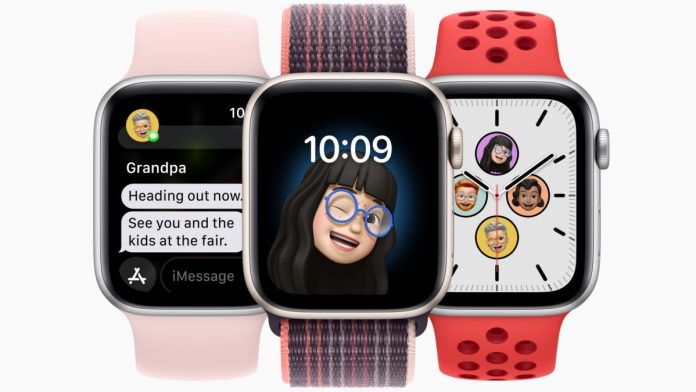 The Apple Watch Ultra made headlines as the company’s latest, greatest, and priciest smartwatch to date. But not everyone has just shy of $1,000 to spend on a wearable. For buyers with tighter pockets, the company announced the Series 8 and the new budget-orientated Apple Watch SE 2. But how do these two models stack up, their pros and cons, and which should you buy? We answer this and more in our Apple Watch Series 8 vs Watch SE 2 comparison below.

Let’s start with the Apple Watch SE 2. It remains the most affordable Apple Watch in the lineup. It borrows the case of the original Watch SE but adds a few improvements. Apple mentions the watch’s rear case now features a new nylon composite material, which saves some weight. The Series 8 comes in stainless steel or aluminum, with an array of body colors.

If you’re shopping for the smallest Apple Watch available, the Watch SE 2 is your pick. It’s available in 44mm and 40mm case sizes, while the Series 8 opts for 45mm and 41mm versions. However, the Watch SE 2’s smaller case does come with a few compromises. For one, it’s less durable and lacks the sapphire glass protection you’ll find on the Apple Watch Ultra and stainless steel Series 8 models. This shouldn’t be a huge concern, provided you kit your watch in a protective case. The Watch SE 2 also packs a less impressive OLED screen that lacks always-on capabilities and features a lower resolution.

In terms of aesthetics, the Apple Watch Series 8 and Watch SE 2 are tough to tell apart. Both miss out on the Ultra’s Action Button, but they feature the digital crown and power pusher on their right-hand side flanks.

Overall, both Apple Watch models retain that classic shape. And thanks to their minute differences, it’ll be pretty tricky for anyone to spot if you own the cheaper option should you opt for the SE 2.

The similarities between the Apple Watch SE 2 and Series 8 extend surprisingly deep.

Apple uses its latest S8 chipset in both models, so there’s no processing speed disparity between the two devices. This is excellent news for SE shoppers who simply want a watch to run their favorite apps on their wrists without any speed compromises. Both models also pack a quoted 18 hours of battery life per charge, with low-power mode extending that by 18 hours. If you want an Apple Watch that lasts a little longer, consider grabbing the Ultra model. Charging speed is matched across the Series 8 and Watch SE 2, with both sprinting from dead to an 80% charge within 45 minutes.

Let’s talk about health features. The Apple Watch’s strong suit is its array of sensors that keep tabs on various facets of your well-being. But there’s one model you’ll want to get if this is particularly important to you. The Apple Watch SE 2 and Series 8 feature basic fitness tracking equipment, including a heart rate sensor, sleep tracking smarts, the new crash detection feature, fall detection, and menstrual cycle tracking. However, the Apple Watch Series 8 also features an ECG, an SpO2 sensor, and a new body temperature sensor that aids cycle tracking. The Watch SE 2 misses out on these, making the Series 8 the more comprehensive health watch.

The Watch SE 2 also misses out on ultra-wideband support, a feature many may not need but comes in handy if you own an Apple AirTag. 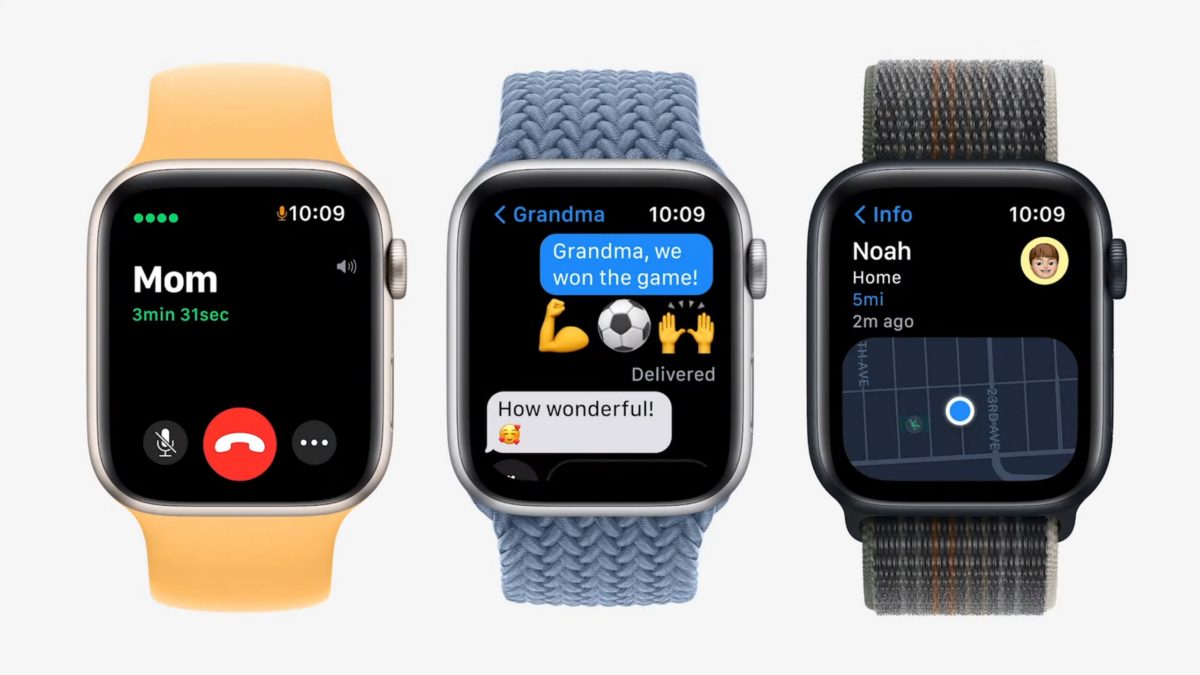 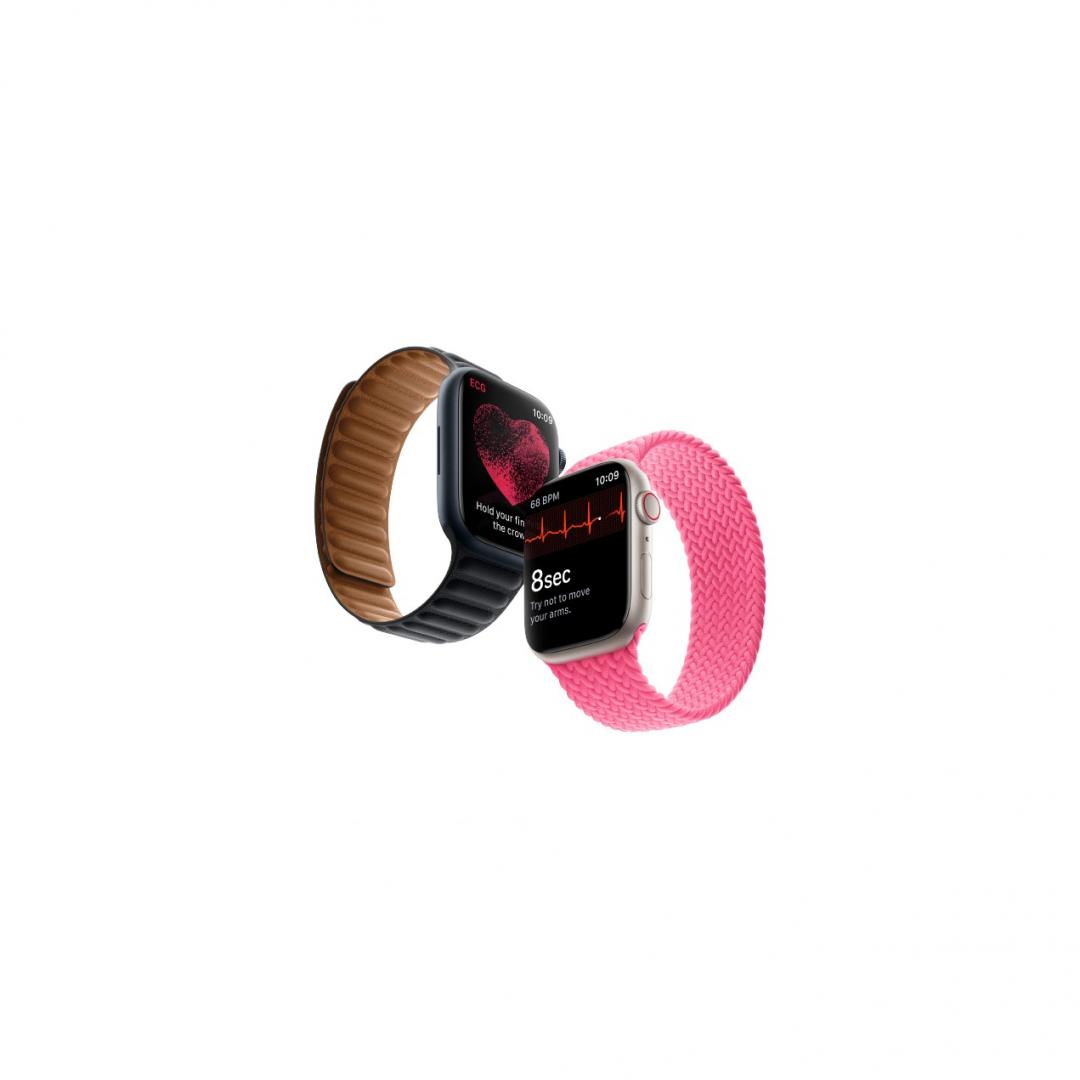 A healthy leap ahead.

The Apple Watch Series 8 with Wi-Fi connectivity features a temperature sensor to monitor body variations and get better insights into women’s cycles. Apple designed the series 8 with a thick front crystal and a robust geometry to be more resistant, and the case is made of 100% recycled materials.

The Apple Watch Series 8 will cost buyers at least $399, but this will fluctuate based on what finish, dial size, band, and connectivity options you choose. There’s an array of colors on offer, too, including Starlight, Midnight, Silver, and Product Red for the aluminum chassis, and Silver, Graphite, and Gold for the stainless steel option. Retail sales kick off on September 16. 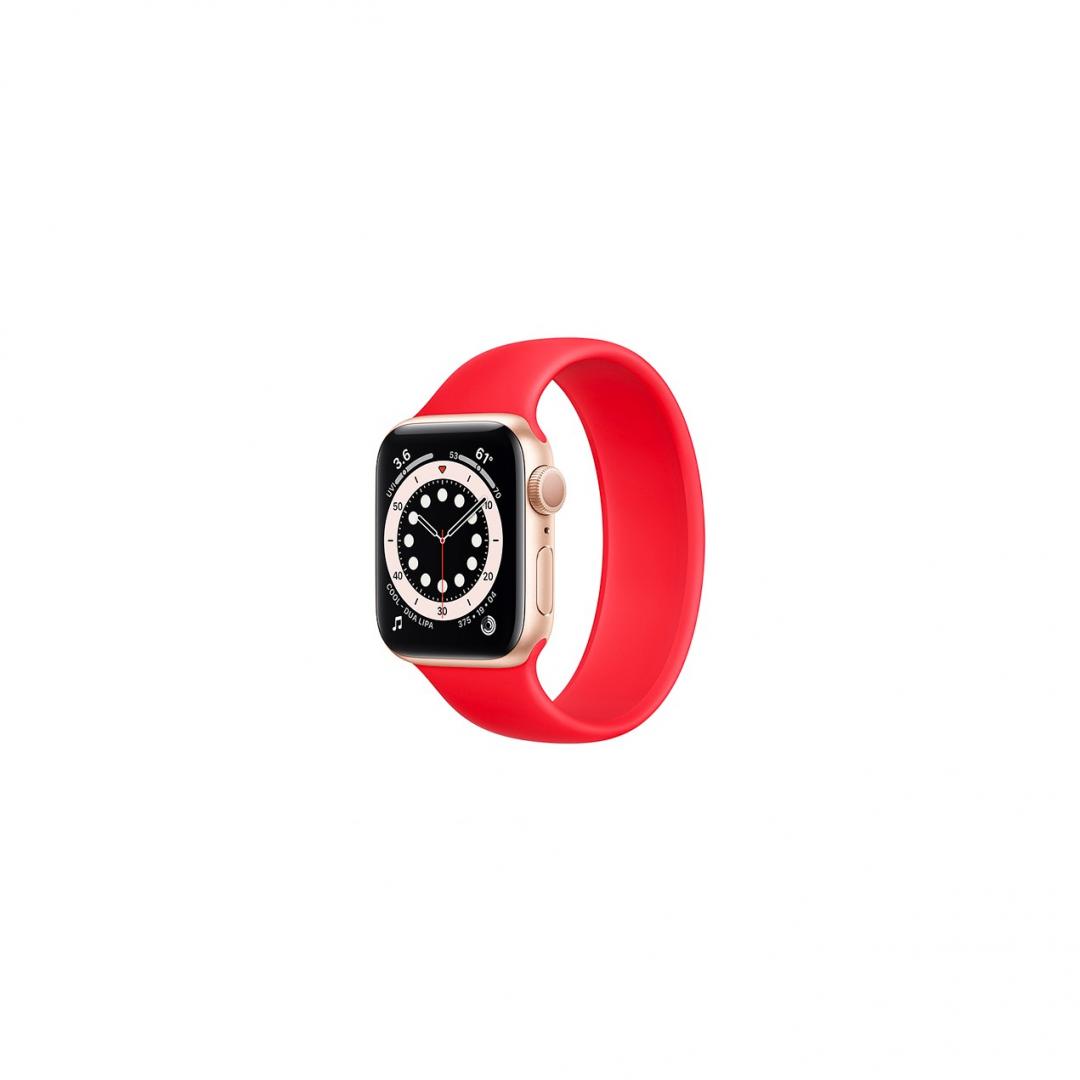 A healthy leap ahead.

The Watch SE 2 carries the essential features of the Apple Series 8 at a more affordable price. It features the same processor and the Car Crash detector as the more expensive models, and Apple says the battery lasts a decent eighteen hours of use.

Apple Watch SE 2 buyers get a lower price this time around. While the original Watch SE retailed for $279, the second edition starts at $249. Interestingly, this equals and undercuts its main rivals — the Garmin Venu Sq 2 ($249) and the Samsung Galaxy Watch 5 ($279). Colors on offer include Midnight, Starlight, and Silver, while retail sales also begin on September 16.