HomeSoftwareYes, Twitter is down right now, and we don’t know when it’ll...
Software

Yes, Twitter is down right now, and we don’t know when it’ll be back 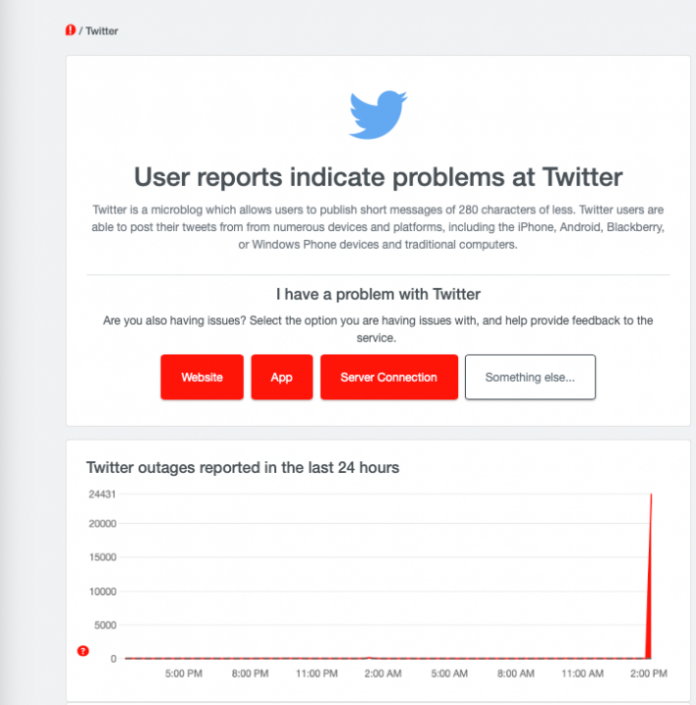 Twitter, the go-to social network for everything from cat pictures to political commentary, is down right now. Reports of the app being down first started around 2:09 p.m. ET, according to Down Detector.

We’ve confirmed the outage on our end as well. The Twitter apps for Android and iOS refuse to load on multiple phones here. The app opens, but trying to refresh the home page does nothing — instead just showing a spinning refresh symbol and nothing more.

At around 2:30 p.m. ET, Down Detector shows nearly 35,000 user reports of the Twitter outage. Of those reports, 46% of users are having trouble with the website, 45% of people are having problems with the mobile app, and 9% indicated a server connection error.

It’s currently unclear what the problem is, as is the ETA for when things will be back to normal. Until then, enjoy a (partially) Twitter-free afternoon!