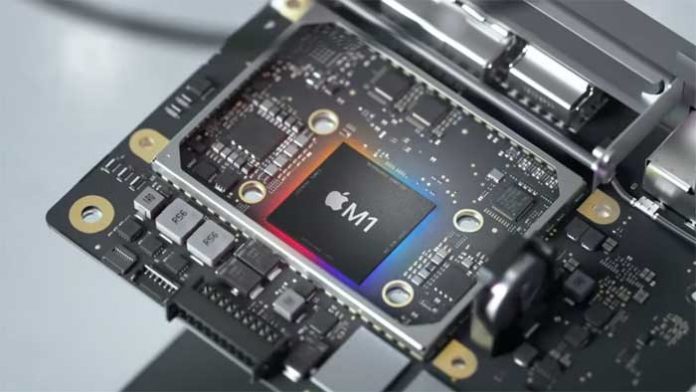 Apple’s highly secure M1 chip is a tough nut to crack, but it appears the experts at DriveSavers have finally done it. The company announced they “may be the first” to recover data from the M1 in a recent press release.

DriveSavers is confident in this because the company’s engineers successfully transplanted an M1 chip from a faulty logic board to a functional one, which enables them to access the data.

It’s quite a feat, particularly because the M1 has a lot of security measures preventing outside users from manually accessing the data. For one, the SSD controller — the component that controls the input/output of data on the drive — is housed in M1 itself. That means, if the SoC fails, the ability to access the drive goes with it. Combine that with the T2 security chip’s encrypted data storage functionality, and it’s clear to see that accessing an Apple SSD is no easy feat anymore.

Then, there’s the logic board itself. As DriveSavers mentions in the press release: “There are thousands of surface-mounted micro-components on a logic board, and Apple has done their best to obfuscate what is necessary to gain access to the encrypted data. Without that knowledge, data recovery from a failed logic board is impossible.”

So, in order to access the M1 SSD, the data engineers had to remove the SoC from the faulty logic board and reattach it to a functioning one, all while nailing every micro-component needed to allow the logic board and the system components to communicate. It no doubt took a lot of trial and error, but this is a big step for data recovery on Macs.

While Apple’s obtuse data security measures sound great in theory, they can be a disaster if you lose important data. That’s why it’s important to create backups of Mac and any other Apple devices. Utilizing functions like Time Machine and even an external backup will stop you from trying to swap out a logic board on your own.

Facebook
Twitter
Pinterest
WhatsApp
Previous articleAmazon saves you a trip with same-day delivery from local retailers
Next articleiPadOS 16 may not hit your iPad until October, says report
- Advertisment -