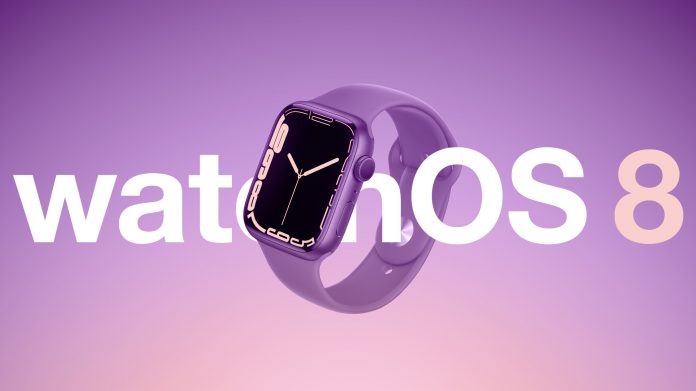 Apple today released watchOS 8.7.1, a minor update to the watchOS 8 operating system that launched in September 2021. watchOS 8.7.1 comes a month after the launch of watchOS 8.7, and it focuses on bug fixes.

watchOS ‌8.7.1 can be downloaded for free through the dedicated Apple Watch app on the iPhone by going to General > Software Update.

To install the new software, the Apple Watch needs to have at least 50 percent battery, it needs to be placed on a charger, and it needs to be in range of the ‌‌‌‌‌‌‌‌‌‌iPhone‌‌‌‌‌‌‌‌‌‌.

According to Apple’s release notes for the update, watchOS 8.7.1 includes bug fixes and security updates rather than new features.

watchOS 8.7.1 is expected to be one of the final updates to the ‌watchOS 8‌ operating system as Apple has now shifted focus to watchOS 9, the latest version of watchOS set to be released this fall.Related Roundups: watchOS 8 , watchOS 9Related Forum: iOS, Mac, tvOS, watchOS Programming
This article, “Apple Releases watchOS 8.7.1” first appeared on MacRumors.com