HomeNewsWhich MacBook should you buy on Prime Day 2022?
News 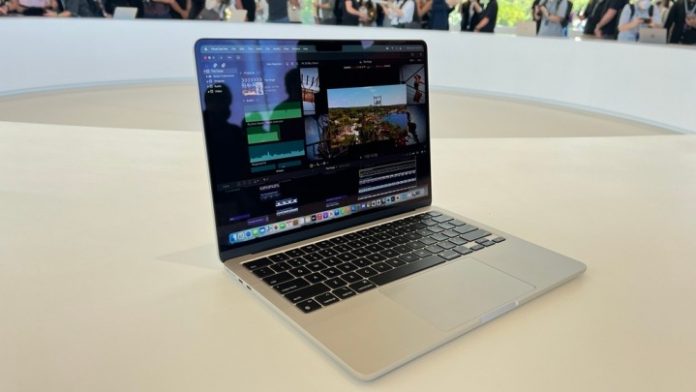 When it comes to Apple’s laptop lineup, (almost) every MacBook has something to offer. And with tons of great Prime Day deals already landing, you might be wondering which one you should buy. There are lots of variables, and a lot of it depends on your circumstances, but if we’re picking the best MacBook for most people, that would have to be the M2 MacBook Air.

If you want someone to help you pick which MacBook you should buy on Prime Day 2022, you’re in luck, as we’ve put each MacBook under the microscope to determine which one is most worthy of your cash. Let’s dive in so you know what to do when the Prime Day MacBook deals arrive.

Which MacBook should you buy on Prime Day?

There are plenty of choices here, so we’ve broken it down by looking at each MacBook Apple currently sells. There are a couple of clear winners, and others you should definitely avoid this Prime Day.

We’ll start with Apple’s latest laptop, the M2 MacBook Air. This has a slate of upgrades over the M1 MacBook Air, and, while it is more expensive, those improvements could be well worth the cost.

Compared to the M1 model, the M2 MacBook Air has a totally redesigned chassis, a full-size row of function keys, better speakers, more memory, and a brighter display. The webcam has been bumped from 720p to 1080p, while you can equip it with more memory and a MagSafe port. Given the M2 chip, the performance is also a little better.

That’s a lot to consider — so much so that we think it makes the M2 MacBook Air the MacBook you should buy on Prime Day 2022. It takes everything we love about the M1 MacBook Air and tunes it up, resulting in an even better laptop that’s still perfectly silent and super lightweight. It’s a great choice this Prime Day, if it’s on sale.

What if you want to go pro? In that case, you should consider the MacBook Pro 14-inch. This souped-up MacBook can be configured with either the M1 Pro or M1 Max chip, giving it a significant performance boost over laptops housing the M1.

It has a lot more to offer, too, including a superb 120Hz mini-LED display and a more expansive range of ports than the MacBook Pro 13-inch. It’s also ideal if you want Apple’s best-performing laptop chip, the M1 Max, without the bulk and extra expense of the MacBook Pro 16-inch.

It’ll be perfectly suited to you if you’re a professional user that needs power and portability in equal measure. It’s expensive, sure, but with plenty of Prime Day laptop deals doing the rounds, now could be a good time to snag one for a discount.

When Apple launched its M1 Pro and M1 Max chips, it did so alongside not one but two new MacBook Pro models. The MacBook Pro 16-inch is the larger of the two, and offers everything you get with its 14-inch sibling, alongside some distinct advantages.

Most obviously, it has a larger mini-LED display that comes with a higher resolution and more screen real estate. That could be valuable if you want the absolute maximum screen space in a MacBook.

Besides that, its larger size means Apple can squeeze in a larger battery, which the company says gives up to four hours more battery life — 21 hours in total — over the MacBook Pro 14-inch. If you’re looking for a MacBook with incredible battery life and a large display, this could be the one for you.

It is more expensive than the 14-inch version, which is the more accessible of the two laptops, but if you can stomach the price (or score a great Prime Day bargain), you’ll be getting an amazing device.

Even though the M1 MacBook Air is no longer the most recent in the Air series — that honor goes to the M2 MacBook Air — Apple continues to sell it, and there are some good reasons to buy it. Perhaps most notably, it operates completely silently, and doesn’t need a fan to keep it cool. If you’re sick of loud laptops, that alone might convince you to buy it.

It’s also one of the last MacBooks that doesn’t have a notch. On more recent laptops, Apple has thinned the screen bezels, leaving a cut-out around the webcam. Plenty of people don’t like that, and the M1 MacBook Air lacks it, so could be a good choice if that’s your visual preference.

And while the M2 MacBook Air is also silent, it’s $200 more expensive. If you don’t need the M2 performance but love everything else about the MacBook Air, that saving might persuade you to get the M1 MacBook Air, especially when you take all the Prime Day Apple deals into consideration.

Let’s cut to the chase: You probably shouldn’t buy the MacBook Pro 13-inch on Prime Day. Yes, it was updated to have an M2 chip earlier in 2022, but that still doesn’t make it a good deal.

For one thing, the M2 MacBook Air has the exact same chip and is smaller, lighter, cheaper, and quieter. As we’ve discussed before, there’s really no reason to get the MacBook Pro 13-inch over the M2 MacBook Air.

In fact, recent testing by YouTube channel Max Tech has found the entry-level MacBook Pro 13-inch has a severe SSD throttling problem and is even outperformed by its predecessor, the M1 MacBook Pro 13-inch, in some tests. It’s a laptop best avoided.