The wearable tech revolution won’t look like the Apple Watch 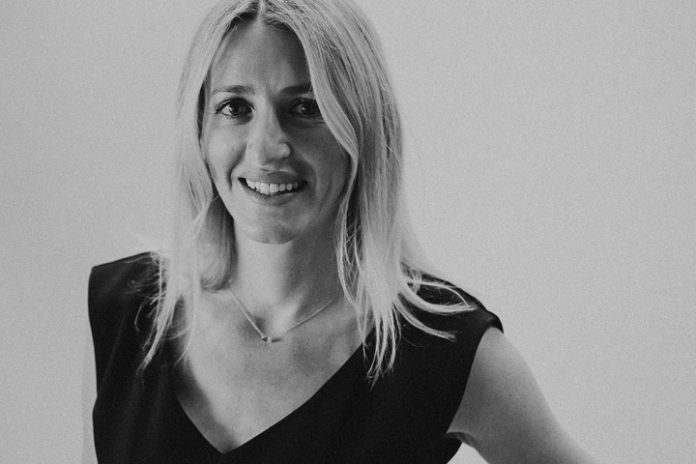 “Fitbit, Apple, and Samsung have set this expectation of what a wearable can do, and I think Movano, Oura, and other companies are going to start to redefine that over time.”

This is according to Stacy Salvi. She’s Vice President of Strategy at health-focused technology company Movano and has seen firsthand how wearables have changed, having recently moved on after 15 years at wearable tech pioneer Fitbit. In an interview with Digital Trends, she spoke about how smart jewelry — and advancements in sensor technology, in particular — will push wearables forward in the near future.

“I think the role of the wearable is evolving,” Salvi told us. “What we want it for, and what we’re using it for, is really now just becoming clear. We’re still in the really early days, but people are seeing some real health benefits from wearables. And as [health tracking] gets better and better, [wearables are] going to mean something different. As the utility and experience evolves, the way we think about them will change.”

Salvi’s experience with one of the best-known wearable technology brands gives her a strong insight into the industry, but she started her journey in the world of wearables in a slightly unusual way.

“I joined Fitbit as the fourth attorney on the team,” she explained, “ but personally, I wanted to move over to the business side for a really long time. I enjoyed being a lawyer there, but I wanted to contribute more to the development of the business and the product strategy. About five years after I started I was sitting front and center of the Google transaction, and ultimately as that was happening, I moved over to the product team. I’ve seen the business from every angle.”

Being so closely tied to the wearable tech space, she watched what was happening with wearables in the real world with interest, and it’s here where she saw things changing.

“I wore a Fitbit for about nine years.” she laughed, and admitted she often notices people’s wrist wear, and over time saw people’s relationship with wearables alter.

This shift in preference has continued. Between the beginning of 2021 and the beginning of 2022, Fitbit’s smartwatch market share fell from 4.1% to 2.7%, while the Apple Watch steadily remained the market leader with around 36% (according to data from Counterpoint Research).

Smart jewelry is the next wearable evolution

Movano isn’t directly competing with Apple, Fitbit, or any smartwatch maker though. Its first product will be a smart ring aimed at women, and Salvi explained why smart jewelry, in general, is evidence of wearable evolution.

“I don’t necessarily think there’s a place for a screen on every wearable,” she said. “Some people want to wear a traditional watch, and some people just have screen fatigue. We can see that wearables are moving from fitness to health. The health and [smart] jewelry story makes a lot of sense because you’re getting so much more than just a notification. In five years from now, [wearables] will be different as the sensor technology evolves and becomes more advanced.”

It was Movano’s work in chip technology that attracted Salvi to the company, and in May, Movano announced it had successfully built its own, in-house system-on-a-chip (SoC) ready for the forthcoming smart ring. Unusually, the chip uses Radio Frequency (RF) technology and not an optical sensor as you find on most wearables today. This brings several key advantages according to the company, including the signal being unaffected by skin pigmentation or bone, and the ability to non-invasively monitor blood pressure and blood glucose levels.

Outside of the technology, design is arguably just as important on a piece of smart jewelry as it is on a smartwatch.

“Jewelry, like music, is very specific,” she agreed. “You can’t predict what somebody is going to like. It’s a balance, its utility and making an irresistible product from a user perspective, and making something that blends in with a person’s style sensibility.”

Getting the user experience right

The technology and design of Movano’s smart ring are just the beginning. Throughout our conversation, Salvi referred to the importance of the overall user experience. Her understanding of how to create what she called, “a unique, thoughtful, and valuable user experience,” began when working with Google at Fitbit.

A preview of Movano’s app Movano

“It really helped me frame up what that user experience is, and that’s what we’re after,” she said. “What we’re working on is a user experience that’s really going to keep her around for the long run, because the longer she’s with us, the more health benefits she’s going to see.”

Rather than just showing the data, Movano plans for its platform to tie it into specific insights, so there’s always a connection between daily health events and the wearer. Running parallel to the user experience is Movano’s commitment to making the smart ring a compelling product for women.

“It is going to be focused on women, and we are looking to make components of a medical grade. This puts the health focus front and center. Making it as reasonably priced as possible will also be important, and designing our products with privacy in mind right from the outset is also something we will be investing in. We are going to be working with a lot of women, talking to them, and thinking about their evolving needs throughout their life stages from the very beginning.”

The company was founded on the core belief that good health is a fundamental human right.

Movano is committed to privacy. In a general statement posted on the brand’s Instagram page, it said the company was founded on the core belief that good health is a fundamental human right, including a woman’s right to choose. Salvi expanded on this:

“Part of my legal background helps me to see from a privacy perspective what we are going to want to tackle, how we’re going to do it, and how we want to speak to people to help them understand our service and the overall experience. As we pursue FDA clearance [for the smart ring], we will be subject to rules governing health data, and that will always be front and center as we design our systems.”

Movano revealed its smart ring, currently called simply the Movano Ring, during CES 2022. But the company has been active since 2018. The Movano Ring is aimed at consumers but goes a step beyond fitness tracking wearables with medical-grade technology and an ambitious array of data points including heart rate, heart rate variability (HRV), body temperature, blood oxygen levels, and potentially blood glucose and blood pressure too.

The ring is currently being beta tested and the company is in the process of attaining FDA clearance, a requirement for medical-grade equipment sold in the U.S. Salvi said the Movano Ring will be available during the first half of 2023. At the moment, its primary competitor is the Oura Ring, which is aimed at both men and women, along with the soon-to-be-released Circular smart ring.

The wearable tech revolution won’t look like the Apple Watch