HomeNewsThe M2 MacBook Air and MacBook Pro are not as different as...
News 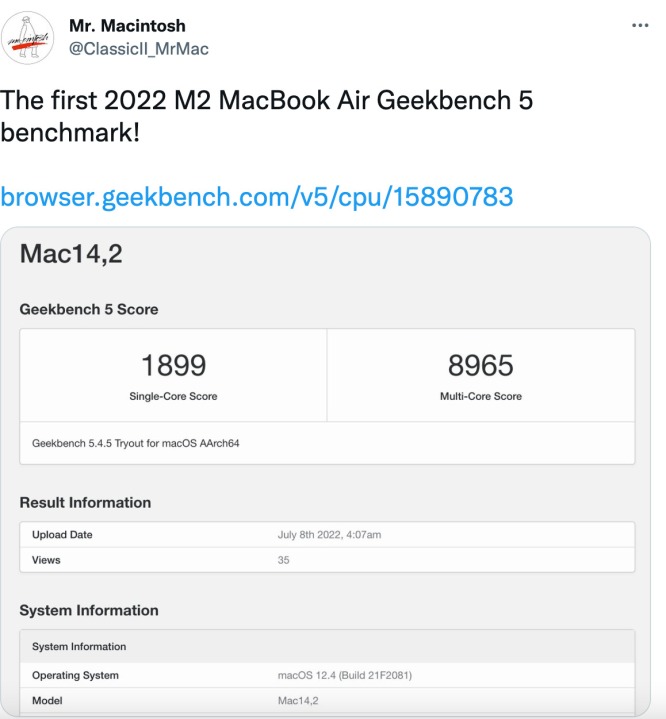 There is not a lot to differentiate between the new M2 MacBook Air and 13-inch MacBook Pro, at least performance-wise. Both machines have similar benchmark scores on Geekbench. However, they outperform the M1 by more than 20%.

Benchmarks are not where the similarities stop. Both machines feature stereo speakers with spatial audio. Both of them have two Thunderbolt 4 ports and a 3.5 mm headphone jack, and both machines feature 13-inch displays, although the MacBook Air has a fraction more screen real estate than the Pro thanks to smaller bezels.

But these are not the same machines. The new M2 MacBook Air finally ditches the old wedge shape it’s had for a decade and is more boxy and industrial-looking, much like Apple’s new iPhones and iPads. The M2 MacBook Pro, on the other hand, retains the same chunky shape as previous Pro models.

The Air has a dedicated MagSafe charging port which frees up the twin Thunderbolt ports for other uses, while the Pro relies on one of its Thunderbolt ports for charging. The Air also features a 1080p camera, while the Pro keeps its outdated 720p camera. For some inexplicable reason, Apple loaded the Air with a brilliant liquid retina display that can reach one billion colors, whereas they gave the Pro model a basic LED screen.

But the 13-inch M2 MacBook Pro outperforms the new MacBook Air in one area: raw power. The Pro can blast through intensive operations without slowing down thanks to its thermals. It has active cooling and twin fans that keep it humming quietly along for hours during heavy CPU and GPU processes.

Where both the new MacBook Air and MacBook Pro shine is when compared to the previous generation M1 models. The M2 chip represents a small, but significant, bump in performance. The 2020 M1 MacBook Air scored 1,706 on single-core performance and 7,420 on multi-core. The M2 chip is at least 20% faster.

The real difference between the M1 MacBooks and M2 MacBooks has to do with graphics. Most of Apple’s focus with the M2 chip has been on GPU performance over the CPU. In graphics, the M2 shines. Both the new MacBook Air and MacBook Pro have PC-levels of graphic performance without the need for bulky dedicated GPUs.

Graphics is also where the 13-inch MacBook Pro with M2 outperforms the new MacBook Air, thanks to its cooling system. However, the MacBook Air with M2 outshines the Pro in every other category. If you’re not looking for graphic performance, we recommend the M2 MacBook Air as the best option right now.