The 5 most disturbing Uber Files revelations you need to know 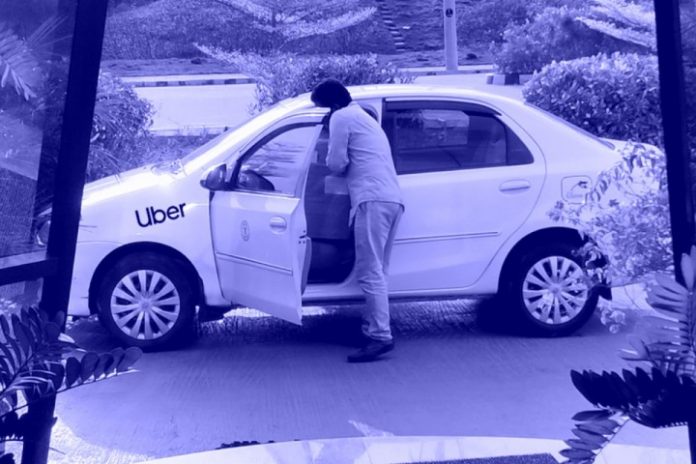 Uber might well be synonymous with the app-based ride-hailing system, but the company’s history hasn’t exactly been a clean slate. From misogynistic jokes cracked by founder and former CEO Travis Kalanick and sabotaging rivals by booking fake rides, to misuse of a “God View” technology and underpaying drivers, Uber has had its fair share of scandals over the years.

Now, the company has courted possibly the most significant controversy in its history. Dubbed the Uber Files, British news agency The Guardian got access to a huge cache of 124,000 documents containing emails and text exchanges, internal presentations, briefing material, and memos that reveal a history of extremely worrying behavior and borderline criminal activities that Uber was involved in between 2013 and 2017.

The papers, which were shared with the International Consortium of Investigative Journalists (ICIJ) and journalists across 29 countries, uncover a trail of questionable Uber tactics across 40 countries during its explosive expansion. Here are some of the most alarming findings uncovered as part of the Uber Files investigation:

Uber reportedly had a “Kill Switch” that instantly killed access to the company’s IT systems, preventing law enforcement officials from gathering evidence that could potentially shut down the company’s services, seize vehicles, or take legal action against its driver-partners. Uber’s use of a Kill Switch was not a secret before, but the latest leaks have revealed that it was used a lot more extensively than previously thought.

It was reportedly deployed on 12 instances in France, India, and the Netherlands (among other countries). Uber’s top executives, including former CEO Kalanick, are said to have instructed staff about deploying the Kill Switch. During a raid at Uber’s Paris office, computer screens went blank as soon as police officials entered the premises.

On another occasion, executives at the raid scene modified the tactic by slowly cutting off access to cloud drives first, followed by killing direct access to internal systems to avoid suspicion. Legal experts say Uber can be tried in court for obstruction of justice in France, India, and the Netherlands for using the Kill Switch.

Lobbying, straight from a President

French President Emmanuel Macron was reportedly quite close to Uber’s top minds and held multiple undisclosed meetings with company executives, which eventually eased things for Uber’s operations in France. During a raid on Uber’s office in France, chief lobbyist Mark McGann reportedly told staff that he had “asked Macron to get them to back off,” referring to government inspectors that were conducting the swoop over alleged tax evasion.

“We had a meeting yesterday with the prime minister. Cazeneuve will keep the taxi[s] quiet and I will gather everybidy [sic] next week to prepare the reform and correct the law. Caz accepted the deal,” read a text message sent by Macron to Kalanick. The exchange was about the controversial UberPop service that courted intense scrutiny and criticism in France. Following the alleged conversation, the service was swiftly killed in the country and a push was given to UberX.

For UberX, the company reportedly worked in close coordination with staff members from Macron’s office and submitted amendment terms to MPs that shared Macron’s pro-Uber stance. Soon after the Uber Files investigation was published across multiple outlets, calls for a parliamentary inquiry against Macron over his ties with Uber have been raised in France.

France was the hotbed of protests centered around Uber. During one such episode that saw multiple attacks and arrests, Kalanick reportedly proposed a “civil disobedience” stunt involving some 15,000 Uber driver-partners and 50,000 riders. But that was not the end of the debate.

“I think it’s worth it. Violence guarantee[s] success. And these guys must be resisted, no? Agreed that right place and time must be thought out,” then CEO Kalanick reportedly wrote. In the coming days, Uber is reported to have urged driver-partners to sign a petition letter urging the President and Prime Minister to save their jobs, while passengers were supposed to be deployed to protest for their access to cheap rides.

In one instance where an Uber driver was attacked in Belgium, one of the company’s lobbyists noted to his co-workers that “We need to use this in our favor.” Uber executives allegedly allowed violence against taxi drivers to go on for a while to make it a big deal and then use it to press lawmakers into passing favorable legislation. “Step one in the campaign, get the media to talk about taxi violence against,” chief lobbyist McGann told the executives.

Making inroads into the notoriously difficult Russian market wasn’t going to be a cakewalk for Uber, but the company tried its best by getting in touch with oligarchs in hopes of eventually making a contact with President Vladimir Putin. In 2016, Uber reportedly sold a stake worth $200 million to LetterOne (1), a private investment firm led by billionaire investors Mikhail Fridman and Petr Aven.

According to a report from The Washington Post, Uber then “offered a $50 million deal sweetener that it didn’t publicize.” Uber hired expensive lobbyists and lawyers to do its job, but the transactions linked to Russia flew around the edges of U. S. anti-bribery laws. However, the company ultimately failed in its bid to make a splash in the Russian market. As for the oligarchs with political sway that it wanted to win over, almost all of them have now been sanctioned following the Ukraine invasion.

According to an analysis of the leaked documents by The Washington Post, Uber knew that its policies were far from generous and that the work conditions allowed drivers to barely scrape by, but the company continued on the controversial path to keep its own profits intact. The company onboarded more driver-partners than it could manage, and in doing so, drastically reduced the daily earnings for each driver.

Additionally, the system was engineered in such a way that drivers were forced to take risky routes to generate a little extra income, one that even led to death and serious injuries. With Uber and rental car companies taking their respective cuts, and after paying for gas fees, drivers in South Africa could barely manage the equivalent of $1.40 per day. Uber even reneged on promises of helping drivers that were violently attacked in the country.