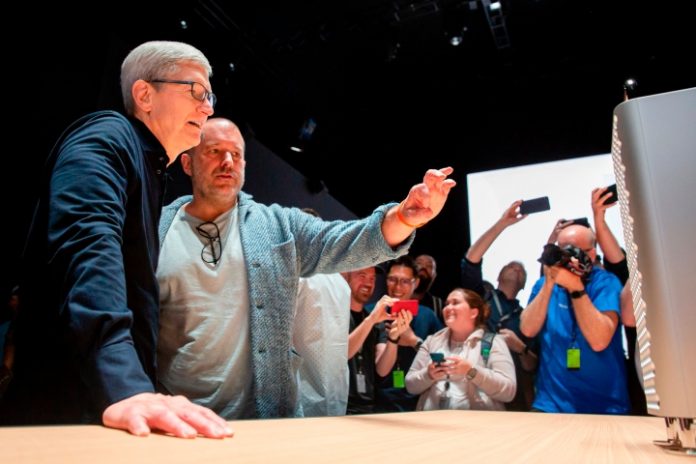 When it comes to unloved MacBooks, one model tops them all: the 12-inch MacBook from 2015. It got a ton of hate from all corners, but you know what? I think Apple should bring it back.

We’re talking about a device that was even more divisive than the Touch Bar-enabled, butterfly keyboard-sporting MacBook Pro. Yet despite that, there are growing rumors that Apple is about to resurrect the 12-inch MacBook and give it another go, despite its obvious failings last time. Here’s why I think that could be a great idea.

In a report from late June, Bloomberg reporter Mark Gurman claimed that Apple was working on a new 12-inch MacBook that was still early in the development process. That followed an earlier report from Gurman in which he said Apple was “considering launching it at the end of 2023 or in early 2024.” But why would Apple want to bring back one of its lowest-selling laptops?

Last time, the device was almost too thin. Just 0.14 inches at its thinnest, there was no space inside for a fan, which meant the chip powering the device had to be a puny Intel Core M-series chip that ran at just 1.2GHz (and that was the most powerful model).

Elsewhere, its butterfly keyboard was extremely shallow, which resulted in an unsatisfying typing experience and sticky keys. And there was just a single USB-C port, as the chassis was simply too narrow to fit any other ports on it.

In other words, it was the ultimate Jony Ive fever dream. Apple’s former design guru had a reputation for pursuing his idea of perfection and stripping away anything unnecessary, but in the 12-inch MacBook, he created a device that chased after the thin and light ideal like a rabid dog, unaware it was jettisoning everything that people actually wanted in a laptop. It was basically a proof of concept — congratulations Apple, you made the ultimate lightweight laptop, now if only anyone wanted to use it.

Apple silicon is a gamechanger

So why is Apple apparently going to bring back the 12-inch MacBook, even after Jony Ive and his obsession for extreme thinness have left Apple? Well, this time around could be very different — and much better. In fact, we can already see evidence of that.

Since Apple finally took the 12-inch MacBook into the backyard and unceremoniously dispatched it in 2019, the company has embarked on something that has completely reinvigorated its previously ailing Mac line: the switch to Apple silicon chips.

Perhaps the most notable thing about these chips is their ability to extract maximum performance for minimum power output. They’re so efficient that the MacBook Air doesn’t even need a fan, while reports suggest Apple is going to put at least one Apple silicon chip in its secret mixed-reality headset, such is the chips’ ability to stay cool in use.

These chips seem tailor-made for a new 12-inch MacBook. This time, Apple wouldn’t need to compromise to get a super-slender laptop — no need for low-power chips, just load it up with an Apple silicon chip and reap the benefits. Like the M2 MacBook Air, Apple will be able to offer an incredibly slimline laptop that still performs admirably, yet is even more portable than the MacBook Air.

Squish all that efficient power into a tiny laptop that defines portability, and you’ve got a real selling point. It’s not going to break any performance records, but for people who need to do lightweight work on the go, it could be perfect.

There’s work to be done

All that said, there are still plenty of hurdles the 12-inch MacBook needs to overcome. The keyboard is a good example. When Apple killed the last butterfly MacBook Pro and brought back the Magic Keyboard in 2019, Apple exec Phil Schiller was very clear that the company had not given up on the butterfly keyboard. Talking to CNET, Schiller explained: “We are continuing both keyboard designs,” referring to the butterfly and Magic Keyboard variants.

So far, the butterfly keyboard remains dead and buried, but that doesn’t mean Apple is totally done with it yet. If it comes back, will it be in an improved form? Given its past performance, we certainly hope so.

There’s another potential pitfall: ports. Or rather, “port.” With just one USB-C port for charging and peripherals, the 12-inch MacBook helped spawn Apple’s dongle era. Thankfully, we seem to have woken up from that nightmare, as the latest MacBooks have been granted a wider array of slots (even if that’s just a MagSafe port on the M2 MacBook Air).

Will Apple have space to squeeze more ports onto the 12-inch MacBook’s chassis? Or will it stick with the previous tactic and limit everyone to a single slot and tell them to make do as best they can? That could be a major test for its success, and in the current climate of reaction against port austerity, the stakes couldn’t be higher for Apple’s decision-makers.

Will it be worth it?

There are two things we know for sure about Apple. It loves itty-bitty designs, and it hates admitting it’s wrong. Resurrecting the 12-inch MacBook would allow it to have its cake and eat it, offering up a laptop that epitomizes the Apple design aesthetic while allowing it to avoid conceding defeat on the 12-inch MacBook project. How can Tim Cook resist?

Despite all the hints that a 12-inch MacBook is in the works, it’s not a nailed-on certainty. Notable leakers and analysts like Ming-Chi Kuo and Ross Young are skeptical the laptop is coming, and it would certainly muddy the already-confusing MacBook waters. If anything, Apple should be cutting laptops, not adding more.

But if Apple does forge ahead and try again, desperately seeking the validation that eluded it last time, it’ll be taking a high-risk gamble on something that has failed once before. I still think Apple has the ability to get it right, but it’s got to learn from its own past. The results could be well worth it.