HomeNewsI tried to ditch Windows for MacOS, but I keep coming back
News

I tried to ditch Windows for MacOS, but I keep coming back 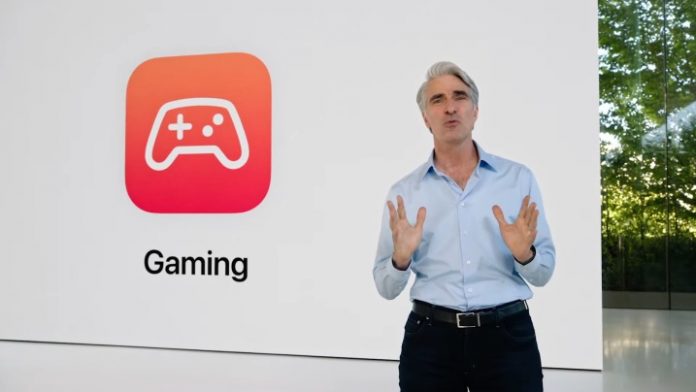 It’s fair to say that I’m an Apple guy. I love my M1 Mac Mini and you’ll have to pry my iPhone out of my cold, dead hands. Yet despite that, I’m no turtleneck-wearing fanboy, and I still stick with Windows as my main PC. Sorry Tim Cook, I just can’t bring myself to go all-in on Apple just yet.

That might sound odd considering I write almost exclusively about Apple products, but there are plenty of reasons for my reluctance. At the end of the day, Apple just hasn’t convinced me that it’s worth it to make the switch.

Gaming sits squarely at the top of my list of gripes. It’s no secret that Windows is a better home for your games than MacOS, but even Apple’s recent concerted efforts to change that have left me unmoved.

Historically, game developers have stayed away from MacOS for two reasons: Apple hardware has never really been up to scratch, and the Mac gamer target audience has always been vanishingly small. If developers know they won’t get many sales from Mac users, they won’t bother to make games for Apple’s platform. It’s a vicious cycle.

Sure, Apple has been making a gutsy attempt to play catch up. At WWDC in June it announced MetalFX Upscaling and Fast Resource Loading, two new gaming features that could make it a much more competitive place for gamers to park their controllers. And then there’s Apple’s gaming subscription service Apple Arcade, which is a real push to get game developers to release titles on Apple devices.

But Apple Arcade is far from what I’d hoped. It requires games to play well on almost every Apple platform, from the lowliest iPhone to the chunkiest Mac Pro, and that means developers inevitably have to cut corners. I’ve been a subscriber since it launched, and I can only think of one game — the Zelda-like adventure Baldo: The Guardian Owls — that I’d happily recommend to other Mac gamers. And even then, it pales in comparison to the quality available on Steam.

I don’t want games that feel like they’ve been ported from an iPhone to the Mac. I want proper AAA titles that I’m going to remember long after completion. Thinking of some of my favorite top-shelf games in recent years — Divinity: Original Sin 2, The Witcher 3, Assassin’s Creed Odyssey, Borderlands 3 — only one (Divinity) is available on Mac, and it tops the list of the best Mac games.

Sure, there are some superb titles on Mac, like Inside and Norco, but the lack of big-budget offerings for thrill-seeking gamers is disconcerting. That’s not a problem you find on Windows.

Apple’s lackluster gaming support is not the only reason I can’t tear myself away from Windows. Another is its customizability — or more specifically, the hardware customizability you get with a Windows PC.

You see, I love building PCs. I love researching components, making lists and comparative spreadsheets, and finally pulling the trigger and waiting for everything to arrive. And yes, I might groan and swear and complain during the building process, but deep down I love that, too.

Apple never gives me that opportunity, instead presenting each Mac as a fait accompli, made to Apple’s specifications with very little room for maneuver. For Apple, “modular” means you can attach a monitor to your Mac Studio. That’s not quite my definition.

I get why Apple does this. Hardware predictability allows Apple to build great features into MacOS, since it always knows what components MacOS will be working with. But it means you have a very limited range to choose from, with few opportunities to mix and match the parts you really want. And who enjoys that? Certainly not an obsessive PC planner like myself.

And yes, I have considered building a Hackintosh to get the best of both worlds. But while part of me is excited at the challenge, it also requires very specific hardware and a deep dive into software debugging and the tears that inevitably follow. I’m just not into that. I could dual-boot into Windows on my Mac Mini, but it really doesn’t have the GPU power to run my games at the settings I want.

Don’t get me wrong, I love MacOS. I love how reliable it is compared to the daily bugfest that is Windows. I love its vibrant and ever-expanding cosmos of interesting apps that enhance its everyday use. And I love Apple’s serious dedication to privacy.

The reasons I have yet to switch entirely to the Mac are not that great in number, but they’re significant enough that I can’t let go of Windows just yet. Maybe one day the MacOS gaming scene will be as exciting as it is on Windows, and maybe one day I’ll finally take the plunge and build a Hackintosh. But until that day arrives, I won’t be able to give Windows the boot, try as I might.