HomeNewsApple reusing old chips on new iPhones might actually be a good...
News 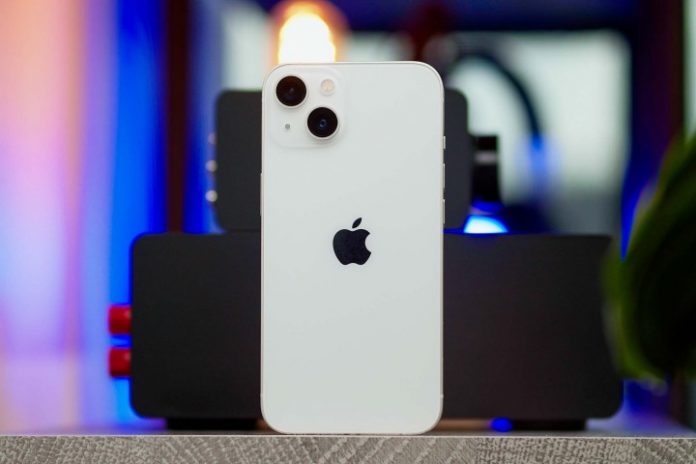 Unlike past years, the iPhone 14 might not be powered by the latest Apple chip. If the rumors are to be believed, Apple will keep the upcoming A16 chip limited to the iPhone 14 Pro and 14 Pro Max, leaving the iPhone 14 and 14 Max with last year’s A15. And it may not be a one-off thing either. New reporting from Apple analyst Ming-Chi Kuo suggests Apple will continue this chip strategy for the iPhone 15 and beyond.

This might ruffle some feathers, especially in the tech community. But zoom out a bit, and you’ll notice it might not be a big deal for the average iPhone user. Here’s why Apple limiting the A16 to the iPhone 14 Pro models might actually be a good idea.

The $799 iPhone 13 is the go-to choice for most smartphone buyers – so much so that the iPhone 13 was the highest-selling smartphone in the first quarter of 2022. But things aren’t going smoothly right now. Almost every industry in the world is facing problems with inflation, decreasing purchasing power, effects of the Russia-Ukraine war, and more.

According to a CNBC report, conditions are so bad that the last time Apple faced an inflationary environment like this, “it had been a public company for less than a year and its bestselling product was the Apple II home computer.” It really puts things into perspective.

The tech giant is not only facing increasing costs from global logistics, but also rising employee salaries to keep up with inflation and pay living wages. The company is also facing supply chain constraints due to the China shutdown this year that are rumored to cost it $8 billion in revenue.

If that wasn’t enough, CNBC says decreasing purchasing power is an even bigger risk than inflation. Consumers using two-year-old to three-year-old iPhones might decide not to upgrade their smartphones this year. And an increase in cost, which seems the only viable option at this point, would drive them further away from considering a new iPhone. Apple has already increased iPhone 13 prices in Japan.

All things considered, powering the starting variant in 2022’s iPhone lineup with last year’s chipset seems like the only logical step now. It may help Apple keep the $799 price tag, which would potentially make more people consider the iPhone 14 than if the prices were raised. Maintaining the $799 price tag could also help counter slowing smartphone sales globally.

At almost every iPhone launch event until 2021, Apple used to compare its latest chipset with its predecessor. It compared the A14 with A13, the latter with A12, and so on. But things changed at the 2021 iPhone 13 launch. Instead of comparing the A15 with the A14, Apple compared it with competing chipsets from other companies.

To recall, when Apple compared the A14 chipset with A13, it stated that the former was up to 50% faster in terms of CPU and GPU. By contrast, the A15 chip is about 10% faster than its predecessor, the A14. That’s pretty minimal by Apple standards, so instead, it touted that the A15 is 50% faster than any other phone on the market.

With that in mind, it’s likely that iPhone 14 and 14 Max users won’t miss out on much even if the devices aren’t powered by the A16 chipset. And considering the typical Apple user upgrade cycle, which is two to three years, most users would be coming from the iPhone 11 powered by the A13 chip. The A15-powered iPhone 14 would still be a worthy upgrade over the iPhone 11 and older phones.

The A15 is still a powerhouse

I’ve recently been using the iPhone 13 Pro Max, which uses an A15 chip. It hasn’t slowed down one bit and offers on-par performance with the best Android phones of 2022. It can retain more apps in the background than any other smartphone on the market, opening and closing apps is a breeze, and doomscrolling on social media is trouble-free. If this is any indicator of what to expect, the iPhone 14 series will still offer some of the fastest phones on the market.

Apple is likely working on optimizing the A16 chipset to the rumored new camera sensors on the iPhone 14 Pro lineup. Considering the iPhone 14 will miss out on the extra lens, it seems sensible to stick with iPhone 13’s A15 chipset.

While a new chip is obviously more exciting than an old one, there’s also an argument that Apple shouldn’t fix what isn’t broken. The A15 remains an outstanding bit of silicon, Apple’s yearly chip improvements have slowed down, and there’s the increasingly difficult challenge of keeping costs in check. Reusing old chips for the iPhone 14 (and iPhone 15) won’t win the hearts of tech enthusiasts, but for everyone else, it’s the right call.