Why I sold my gaming laptop to buy a Steam Deck 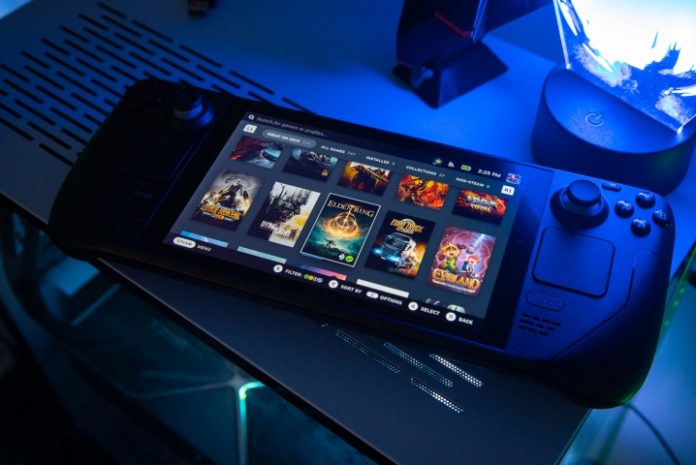 After waiting for almost a year, I finally have a Steam Deck. I’ve been excited about this device since Valve first announced it, and although the Steam Deck has some problems, I love using Valve’s handheld gaming PC. I love it so much, in fact, that the Steam Deck is replacing my Razer Blade 15 — a gaming laptop that costs over four times as much.

The Steam Deck isn’t anywhere near as powerful as the best laptops, and there’s no question about that. On the Steam Deck, you’re looking at 720p at 30 fps for most modern AAA games, while going to 60 fps for older titles and indies. That’s vastly below even machines like the MSI GS66 Stealth, which come with a 1440p display capable of as high as a 240Hz refresh rate.

But the Steam Deck allows me to just pick up and play. I don’t have to fuss with graphics settings because I’m getting frame drops, I don’t have to mess around with my Xbox controller constantly losing its Bluetooth connection, and I don’t have to stay tethered to a massive power brick just to run games.

Look at the spec sheet on any gaming laptop — even if the GPU doesn’t tell the full story — and you’ll be convinced that it can tear through the most demanding games at the highest resolutions. And although that’s true for behemoths like MSI GE76 Raider, the reality of playing games on a gaming laptop is much different.

That reality is extremely loud fan noise, which is constant among gaming laptops from all vendors, and so much heat that you can’t even use the keyboard. Even when offering higher frame rates and more demanding graphics settings, it feels like a chore to use a gaming laptop. Gaming laptops are laptops first, gaming devices second. The Steam Deck flips that.

And for me, I don’t need insane power on the go. I play a lot of platformers, and I have a massive catalog of older games that run at a smooth 60 fps on the Steam Deck. Portable gaming is all about sacrifice, and the Steam Deck offers tailored sacrifices that gaming laptops just can’t.

Windows is a con, not a pro

What about Windows? The Steam Deck is a great device, but it’s built on SteamOS — a platform that flat-out doesn’t support several large games like Destiny 2, Rainbow Six Siege, and basically any multiplayer game that uses anti-cheat software. Even taking that into account, SteamOS is actually a pro for the Steam Deck, and Windows is a con for gaming laptops.

As I discovered uninstalling Windows on my gaming PC, Linux (which is the basis of SteamOS) has become damn good for gaming. The vast majority of games in my library of over 700 titles work perfectly, and I don’t have to worry about Windows sucking down power in the background or a dozen peripheral utilities vying for my attention.

The Steam Deck doesn’t come stuffed with bloatware, either. I’ve been using the Lenovo Legion 5 Pro to play games for a while now, and I’ve had to completely close games and restart Windows due to McAfee notifications that I can’t dismiss. I haven’t had so much as a pop-up on Steam Deck.

Windows is certainly more flexible than SteamOS — at least without digging into how to use Linux — but that flexibility comes at a cost. It comes at the cost of performance, convenience, and frankly, enjoyment. Windows may win point-for-point, but here’s the reality: I have to jump through some hoop around half the time I want to play a game on a gaming laptop. I never have to on the Steam Deck.

If you’re like me and already own a gaming PC, the Steam Deck makes much more sense. I’m always going to run demanding, non-gaming applications on my desktop. Outside of gaming, my laptop is mostly there for the basics: Checking email, watching YouTube or Netflix, and shopping around on Amazon.

The Steam Deck can do all of that. It’s not ideal browsing the internet or using desktop mode with the touch screen, but you can still hook up a keyboard and mouse. Hopefully, once the Steam Deck dock is here, it’ll actually serve as a gaming-focused laptop replacement.

A compliment, not a replacement

I’m selling my gaming laptop now that I have the Steam Deck, but that doesn’t mean it’s a full-on replacement for PC gaming. I like it as a compliment to my main desktop, so I can cycle through less demanding titles or jump into my endless collection of roguelikes on the couch. I’m even playing God of War on the Steam Deck thanks to FSR 2.0, which I never thought would be possible.

If you don’t have a gaming PC already, I wouldn’t recommend buying the Steam Deck. But if you already have a desktop, save yourself some hassle (and money) by picking up the Steam Deck instead of a gaming laptop.

Why I sold my gaming laptop to buy a Steam Deck

My favorite Z Fold 3 feature? Using it as a ‘normal’ smartphone

How to use Waze with Android Auto