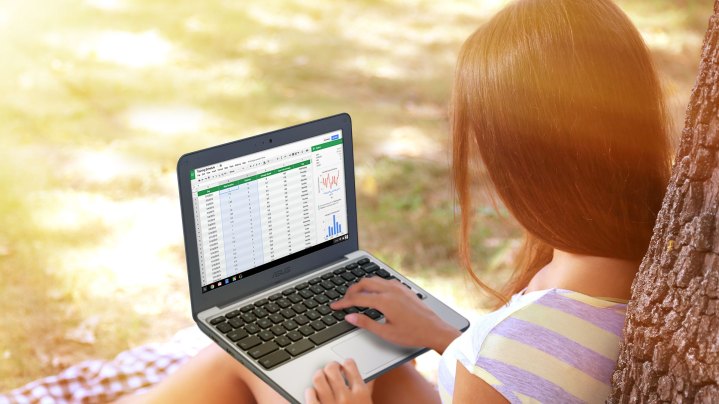 Don’t get stressed out if the laptop deals that you see are still beyond your budget, especially if you’re only planning to use the laptop that you’ll buy for basic tasks such as typing documents, browsing the internet, and watching streaming content. If that’s the case, you might want to consider buying a Chromebook, which is generally cheaper than traditional Windows-based laptops. You can even get one for less than $100 with this offer from Best Buy that slashes $120 off the Asus 11.6-inch Chromebook’s original price of $219, making it extra affordable at just $99.

The Asus 11.6-inch Chromebook, true to its name, comes with an 11.6-inch display with HD resolution, which is supported by Intel HD Graphics. The laptop also comes with a built-in HD webcam and microphone, so you can be clearly seen and heard when you join video calls and online meetings. The Chromebook is also very light and sleek, with a weight of just over 2 pounds and thickness of less than an inch, so it’s easy to carry around if you’re always moving.

Inside the Asus 11.6-inch Chromebook are the Intel Celeron N3350 processor, 4GB of RAM, and a 32GB eMMC flash memory. While these specifications are very low for other kinds of laptops, they’re already decent for a Chromebook because Chrome OS relies on web-based apps instead of installed software. Even with budget components, you’ll be able to enjoy quick startups and snappy performance. The Asus 11.6-inch Chromebook isn’t as feature-packed as the best Chromebooks, but for both students and professionals who won’t be using any intensive apps in their daily activities, it’s more than enough.

You won’t always get the chance to buy a laptop for less than $100, so you shouldn’t hesitate on taking advantage of Best Buy’s $120 discount for the Asus 11.6-inch Chromebook. The offer brings the machine’s price down to just $99 from $219 originally, but it will end on June 10 so there’s not much time left for this bargain. It’s highly recommended that you don’t wait until the last minute though, as there’s a chance for Chromebook deals to end early because stocks run out. Finalize your purchase for the Asus 11.6-inch Chromebook quickly, while the price cut’s still online.