There’s a massive sale on Alienware gaming laptops and PCs 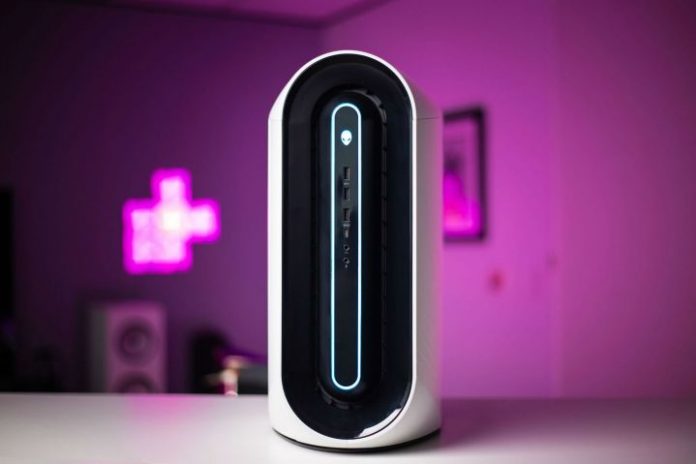 Dell is currently hosting a sale featuring powerful gaming laptops and gaming PCs from its gaming-focused Alienware brand, which offers products that will let you avoid getting stressed out by frequent crashes and dropped frames. You can enjoy discounts of up to about $800 from the best Alienware deals that are still online, so you can stretch your budget as these machines don’t come cheap. You shouldn’t hesitate in taking advantage of an offer if one catches your eye though, as you may miss the chance at savings if you take too long to finalize your purchase.

Dell’s gaming PC deals for its Alienware brand include this offer for the Alienware Aurora Ryzen Edition R10 gaming desktop. It’s powered by the AMD Ryzen 5 5600X processor and the Nvidia GeForce RTZ 2080 Super graphics card. The machine also features 16GB of RAM, which is the best place to start for gaming PCs, according to Digital Trends’ guide on how much RAM do you need. It also comes with a thermal design that includes quad 10mm copper heat pipes with integrated vapor chambers to maintain low temperatures, and 512GB SSD for storage with Windows 11 Home pre-installed so you can start installing games as soon as you set up the gaming PC with the necessary accessories.

If you prefer Intel over AMD, you might want to go for the Alienware Aurora R12 gaming desktop, which is also part of Dell’s desktop computer deals. Inside are the 11th-generation Intl Core i7 processor, the Nvidia GeForce RTX 3060 graphics card, and 16GB of RAM, with a 1TB SSD for storage that comes with Windows 11 Home pre-installed. These specifications are similar to what you’ll find with the best gaming desktops, so you’re sure that you won’t encounter issues when running the latest releases. The Alienware Aurora R12 features the same thermal design as that of the Alienware Aurora Ryzen Edition R10, which means you shouldn’t have to worry about performance issues if you’re playing for several hours at a time.

For those who are looking for gaming laptop deals to be able to bring their video game machine anywhere they go, the Alienware x15 gaming laptop is currently on sale from Dell. It’s equipped with the 11th-generation Intel Core i7 processor, the Nvidia GeForce RTX 3060 graphics card, and 16GB of RAM, with a 512GB SSD and Windows 11 Home pre-installed. You’ll love playing on the device’s 15.6-inch Full HD screen, which features Dell’s ComfortView Plus technology that maintains eye comfort by reducing harmful blue light emissions. The gaming laptop will keep itself cool with Alienware’s Cryo-Tech, which includes the brand’s exclusive Element 31 thermal interface material that pulls heat away from the CPU, four independently functioning cooling fans, and exhaust layouts that create maximum airflow.

For performance that rivals the best gaming laptops, check out the Alienware x17 gaming laptop in Dell’s laptop deals. With the 11th-generation Intel Core i7 processor, the Nvidia GeForce RTX 3070 graphics card, and 16GB of RAM, your gaming experience will be smooth and lag-free. The gaming laptop also features a larger display at 17.3 inches, with Full HD resolution and ComfortView Plus technology, in addition to support for Nvidia’s G-Sync to further reduce the chance of stuttering while you play. It’s also pre-installed with Windows 11 Home on its 512GB SSD, and protected from overheating by Alienware Cryo-Tech.