The liberating, zen-like joy of keeping your phone on silent 24/7 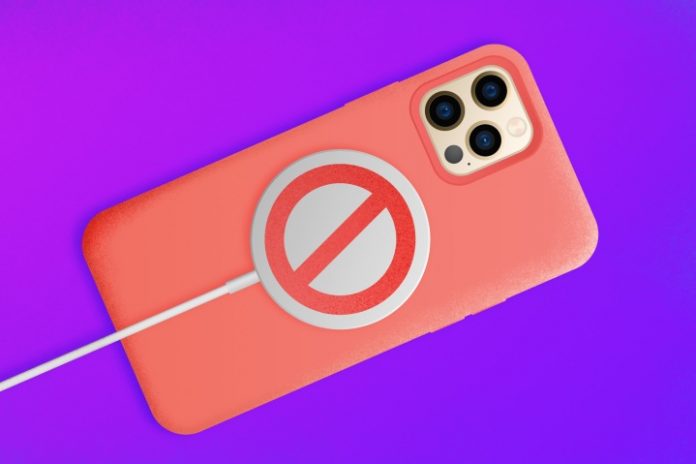 I probably get buzzed approximately 12 to 20 times a day during the work week — a paltry number compared to the average U.S. smartphone user’s 322 per week — but it’s the weekend buzz that seems to affect me a lot less than those highly anticipated mid-week buzz sessions I’ve come to expect.

Like a dog from one of those strange black and white 1950s behavioral psych experiments, I got more worked up from the expectation of the buzz than the actual buzz itself. It became evident, however, that I needed to make a fundamental change — that the buzz (or beep) was more in control of my work day than I was.

During the work week, I’ll admit I often hastened to catch a buzz. It gave me a rush. Early on in my journey, in the mornings especially, I welcomed a buzz. After my morning cup of joe, an accompanying buzz would most likely be in order. A lunchtime buzz would be well-received if it was an especially busy start to the day, as would an afternoon buzz or two just to make sure the day was rounded out nicely.

Turning the phone to silent is sort of like living in the “pocket” that jazz musicians talk about, that spot of emptiness where everything really exists because without it, the other hits, well, don’t hit as hard. I’ve found silencing my phone to be similar to intentionally setting aside one day per week to unplug the family TV and sitting around playing board games for the evening instead. You start to see things a little differently. You might perhaps learn that you are ultimately more in control of the conversations you are having about your relationship to work, the structure of your day, and even to who you make yourself available than you might have previously thought.

Until I get paid to mindlessly scroll through apps and text friends during the workday, the impulse to check my phone is best tempered by the simple choice of silence.

In the early stages of reclaiming the day, setting my phone to vibrate wasn’t enough to keep me from reaching for the phone whenever my ear caught the buzz emanating from the corner of my desk. Unlock phone, reply to text, engage in a couple of buzzes back and forth with a friend, unconsciously navigate to an app and finally find myself with a crick in my neck and 30 minutes gone that I’ll never get back. The 33 apps I have installed on my phone are rather meager compared to the average smartphone user with over 80 mobile apps on their phone vying for their attention. With most push notifications disabled there was still a struggle to not engage if I spotted there was some activity on my home screen, but I was motivated to figure out a better way.

Procrastination? Maybe. Impulsive behavior? Absolutely! Knowing the phone would have something rewarding to offer in the way of conversation, @mentions, or details on the weekend weather forecast, I knew I would be buzzing in no time — but I was losing out on time that I could be allotting a little more wisely. To fix it, I came up with my own little three-point plan. “The power of three, ’tis the key,” I tell myself. Things need a catchphrase sometimes, and it’s a starting point to changing habits. Here’s what I do:

At 9 a.m., put your phone on silent/do not disturb/don’t text me mode. The name varies depending on your mobile OS.
Pick up your phone once during the day and reply to all texts at a designated time. Don’t waver.
After work hours, take your phone off silent and be available, if you want to be.

I can’t count the number of times I was hitting a groove on a project and was derailed by a text or incoming push notification. The blame is partially my own and I certainly could have gone further to ensure I stayed focused (see: silencing your phone). Fortunately, every app has settings for notifications and smartphones are pretty nifty nowadays with what they can do to encourage focus, surprisingly. You just need to put in a little work to make sure that the structure works for you.

The ease at which the settings on one’s phone can be manipulated to better encourage overall well-being and balance between being a human and working with technology is rather profound. It’s not necessarily magic, but rather using a tool appropriately while enlisting elements of the tool to enhance your relationship with it. Silencing the phone has helped me develop a powerful structure during the work week that has given me control of how and when I interface with it while making sure I stay focused on the task at hand. Until I get paid to mindlessly scroll through apps and text friends during the workday, the impulse to check my phone is best tempered by the simple choice of silence.

TLDR: If you struggle with focusing during the work day, try putting your phone on silent for the duration — with some care and intention, it is a strategy that will ultimately break the habit of unconsciously checking your phone throughout the day.