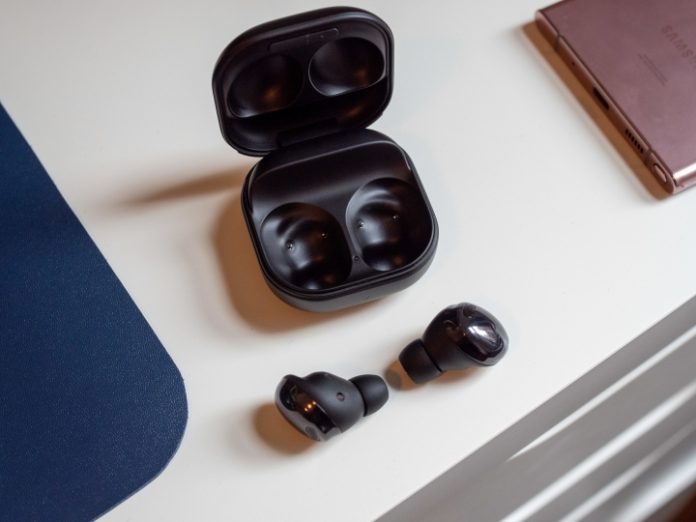 Following the release of the Galaxy Buds Pro in January 2021, there hasn’t been much talk from Samsung about a potential successor. However, a new report suggests that a new model is coming soon. According to a tweet from leaker Max Jambor, the Galaxy Buds Pro 2 (or maybe the Galaxy Buds 2 Pro) started production on June 11. Jambor doesn’t say anything else about the earbuds, but another leak hints that he may be on the money.

Spotted first by SamMobile, Twitter user SnoopyTech says they found online listings for the Galaxy Buds Pro 2. The listing had two critical pieces of information: The time window they go on sale and the colors the earbuds will be available in.

According to SnoopyTech, the listing said that the Buds Pro 2 will be available for purchase in early July, which would line up with the production claims Jambor has made. The colors available at launch, according to the listing, will be Zenith White, Zenith Bora Purple, and Zenith Graphite.

If it’s true that the Buds Pro 2 will be coming in July, it would mean that an official announcement is imminent. Because the earbuds are relatively new for Samsung, there aren’t patterns to look at when trying to decipher their release windows yet. Many annalysts assumed that because we hadn’t heard anything official from the company, we’d have to wait to see them until the fall Samsung Unpacked event. Based on the information above, however, they might be on store shelves much sooner.

From a marketing perspective, it does make some sense that Samsung might want to spread out its releases so that the end of the year doesn’t get too cluttered with device launches. Rumor has it that the Galaxy Z Fold 4, Z Flip 4, Watch 5, and Watch 5 Pro are all going to be released in August. That lineup of devices is exceptionally strong, and if the Buds Pro 2 were to be thrown into the mix for a late August release, they might get overshadowed by other “more exciting” devices.

It’s important to remember to view all leaks with some skepticism, but there’s clearly evidence to suggest that there’s potentially some truth to them. And considering how well-received the Buds Pro and Buds 2 were, it only makes sense for Samsung to keep that momentum going with the Buds Pro 2.