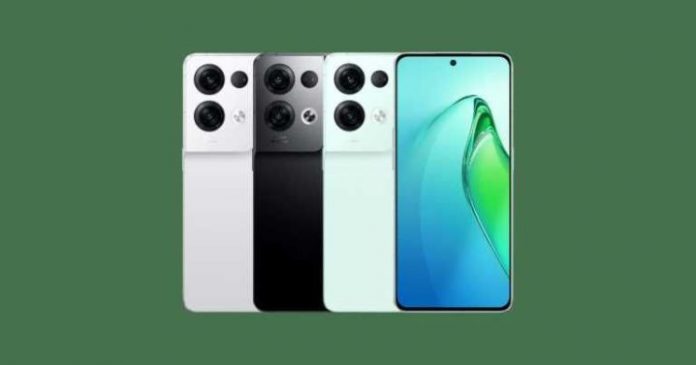 Following up on the OnePlus 10 Pro, OnePlus is reportedly working on a OnePlus 10T phone. It’s expected to be more affordable than the OnePlus 10 Pro and would be the company’s first flagship ‘T’ handset since the OnePlus 8T. The 9T didn’t show up in 2021 without any explanation, but the global supply chain issues that afflicted smartphone brands meant that none was needed.

Meanwhile, news around a OnePlus 10T keeps growing, with the phone said to be launching in a month or two. Here’s everything we know so far.

OnePlus has settled on a very distinctive design with the OnePlus 10-series, and the 10T looks to be derivative of that. The renders above come from Digital Chat Station, a reliable leaker who often shares via the Chinese microblogging site Weibo. As you can see from the photo above, the OnePlus 10T is your typical big slab smartphone with a full-screen display interrupted only by a hole punch. A distinctive camera bump at the rear promises substantial photography credentials. It looks a little more like an Oppo phone than previous OnePlus iterations. It’s said to come in black, white, and green colorways.

In regards to cameras, OnePlus is said to be planning a triple camera system — including a 50-megapixel main camera with an 8MP ultrawide lens and a 2MP macro shooter. While OnePlus sometimes struggles with its camera prowess, the company really doubled down on its camera ambitions with the OnePlus 10 Pro. We found the 10 Pro to have a reasonably good camera system, partly thanks to the tuning by Hasselblad.

The problem here is that it’s not quite certain the OnePlus 10T will have a Hasselblad-tuned camera. ‘T’ branded phones are sometimes lesser versions of their non-T models, and the camera is one place where corners are cut to keep costs scant. We can look to the OnePlus Nord 2 or 8T for what OnePlus can accomplish on its own. They’re capable camera phones, though they lack the refinement offered by OnePlus devices with the Hasselblad marker.

Alongside the OnePlus 10T renders, the specs of the upcoming phone were shared as well. The OnePlus 10T  is expected to have a 6.7-inch Full HD display with a 120Hz refresh rate. Powering it should be the Snapdragon 8 Plus Gen 1 combined with 8GB of RAM. A 4,800mAh battery and the company’s touted 150W super-fast charging should keep it chugging along — making it faster than the 65W charging offered by the OnePlus 10 Pro in the U.S.

OnePlus is expected to launch the 10T during the summer. It is expected to cost between 3,000-4,000 Chinese Yuan (or between $450-$600). It’ll certainly launch in China, but whether the company seeds it as widely as the OnePlus 10 Pro to other countries is unclear.

Despite expanding its smartphone portfolio, OnePlus has recently been judicious with the markets in which it launches them — and may hold back the OnePlus 10T if it could cannibalize Nord or 10 Pro sales. For comparison, the OnePlus 8T launched in India first, with Europe, China, and the United States following shortly, while the OnePlus 9R was more India-focused.

What about the OnePlus 10?

Despite leaks hinting that one was at least planned at some point, there have been no signs of a regular OnePlus 10 launching anytime soon. Some believe that OnePlus may launch the OnePlus 10 as the 10T instead, but the leaked specs for the 10 differ camera-wise. Word through the grapevine says the OnePlus 10 would have a 16MP ultrawide camera with Hasselblad tuning, while the OnePlus 10T would have an 8MP ultrawide with no word on partnerships. The regular and macro cameras would be the same, as would the bulk of the other specs.

Even with the similarity, it does not mean that OnePlus plans to drop the 10 or merge both into one. The company is no stranger to launching very similar phones. The OnePlus 8T and 9R were the same phone with a few tweaks, so there is still space for both to launch — albeit targeted at different markets.