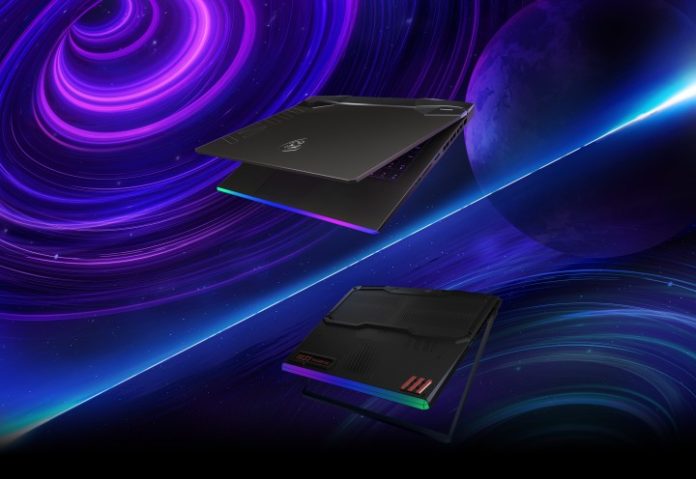 MSI has just beaten Razer to the punch by releasing the first gaming laptop with a 240Hz OLED display. Although Razer announced the Razer Blade 15 and its stunning screen first, MSI is the first to begin selling a 240Hz laptop.

MSI’s Raider GE67 HX isn’t just the first to hit the market — it’s also up to $1,000 cheaper than its Razer rival. The laptop is already up for pre-orders, so let’s take a look at some of its specifications.

When the Razer Blade 15 was first announced, we were excited — after all, it was the first 240Hz OLED gaming laptop. Combining a truly high refresh rate with an OLED panel known for its true-to-life color reproduction and high contrasts was a first in a gaming notebook. Serving up both of these things meant one thing — the games played on the new Razer Blade 15 would not just look beautiful, they’d also be ultra-smooth. And with the knowledge that the Razer Blade 14 remains one of the best gaming laptops we’ve ever gotten our hands on, there was plenty to be hyped about with the upcoming new iteration. However, it seems that MSI may have the upper hand on this one — and in more ways than one.

The new, already released, MSI Raider GE67 HX arrives with the same 15.6-inch 240Hz OLED display that offers 1440p gaming with a 2560 x 1440 resolution. It comes in several configurations, and each of them has been equipped with one of the latest Intel processors and an Nvidia graphics card. The base configuration serves up a Core i7-12800HX processor paired with Nvidia’s GeForce RTX 3070 Ti graphics card. All of the laptops run DDR5 memory, and the base model provides 16GB of DDR5-4800 RAM as well as a 1TB PCIe Gen 4 NVMe SSD.

The various flavors of the MSI Raider GE67 HX are dubbed 12UGS, 12UH, and 12UHS. The only major differences lie in the graphics cards and processors used in these laptops, as well as, of course, the pricing. MSI lets you configure the laptop to include up to an RTX 3080 Ti GPU and a Core i9-12900HX CPU. You can also expand to add up to 64GB of DDR5 RAM.

Much like any modern gaming laptop should, the notebook also comes with a variety of connectivity options, including Wi-Fi 6E, Bluetooth 5.2, HDMI 2.1, various USB 3.2 ports, a headphone jack, and a Thunderbolt 4 port. There’s also an SD card reader and a 2.5 Gbps Ethernet port.

Aside from the stunning display, the laptop delivers several other things that gamers might enjoy. It has a mechanical keyboard with fully configurable RGB backlighting and Cherry MX switches. Although MSI doesn’t reveal the exact battery life of this gaming beast, it said that the notebook comes with a 99.9 watt-hour battery and a 330-watt power supply. Design-wise, MSI doesn’t stray from the norm. The screen of the laptop is surrounded by thin bezels, and the laptop itself is fairly lightweight, too, weighing in at around 5.2 pounds.

As mentioned, the laptop is already up for pre-order, with BH Photo being the first retailer to put it up for sale. Two variants of the laptop are available: The base model with an Nvidia GeForce RTX 3070 Ti for $2,499 and the top-of-the-line model with an RTX 3080 Ti for $3,399.

Both of these are cheaper than the upcoming Razer Blade, set to release in the fourth quarter of 2022 for a price of at least $3,500. While some configurations might perhaps push the price slightly above Razer, it’s hard to deny that when it comes to cost-effectiveness, MSI is the winner this time around. BH Photo and MSI itself still haven’t revealed when the laptops will start shipping, but it can’t be too far off with pre-orders already open.