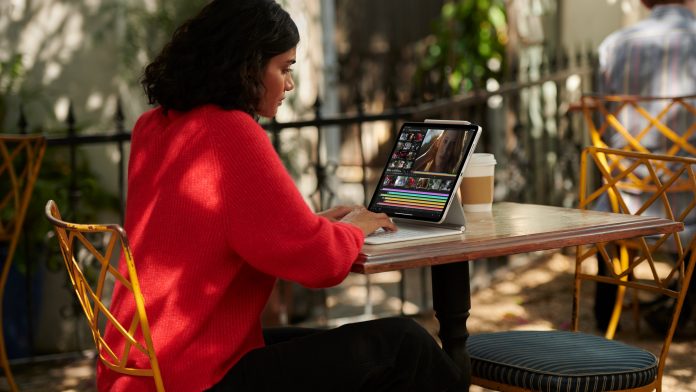 Apple is adding virtual memory swap to iPadOS 16, allowing apps on the M1 iPad Pro and iPad Air to use free and available storage as extra memory for demanding workloads.

With iPadOS 15, certain apps can use up to 12GB of memory on the highest-end ‌M1‌ ‌iPad Pro‌ which has 16GB of total RAM. With iPadOS 16 and virtual memory swap, Apple is significantly increasing the amount of memory an app can use by tapping into available storage on the device.

For ‌M1‌ iPads with 256GB of storage and above, apps can use up to 16GB of memory for the most demanding workloads.

Virtual memory swap and the higher memory ceiling join a list of features coming with iPadOS 16 that are exclusive to the ‌M1‌ ‌iPad Pro‌ and ‌iPad Air‌, including Stage Manager.

Stage Manager is an entirely new way for pro-users to use their iPad, allowing users to have multiple windows of app opened at once, overlayed on top of each other. Stage Manager also enables full external display support on iPadOS for the first time.

iPadOS 16 is currently available to developers, with a public beta planned in July. iPadOS 16 will be available to all supported iPads later this fall.Related Roundup: iOS 16
This article, “iPadOS 16 Lets Apps Use Storage as Virtual RAM on M1 iPads” first appeared on MacRumors.com