HomeNewsiPadOS 16: Everything we know about the iPad’s next update
News

iPadOS 16: Everything we know about the iPad’s next update 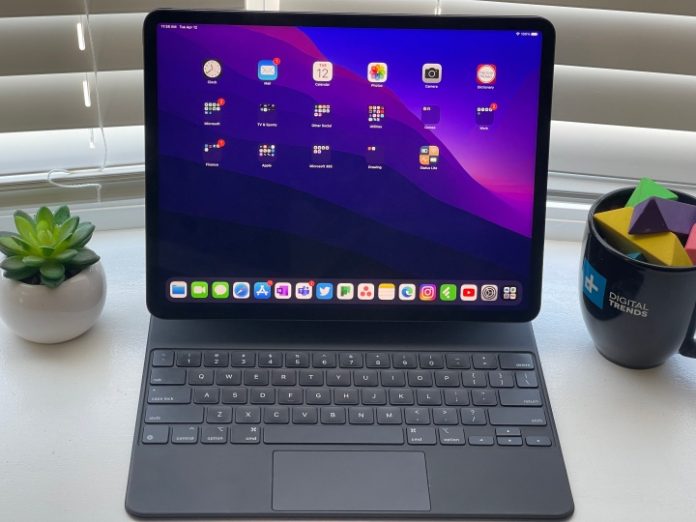 Apple’s Worldwide Developer’s Conference (WWDC) 2022 is just around the corner. It is scheduled to kick off on June 6 and run through till June 10. On the mobile side, the company is likely to showcase what’s coming to the next version of its iOS, MacOS, and watchOS software. We’ll also see iPadOS 16, the upcoming OS for the iPad. While rumors are thin, there is speculation that the next iPadOS version will make Apple’s tablet more like a laptop than it already is. Here’s everything we know about iPadOS 16 so far.

When is iPadOS 16 coming?

Apple usually showcases the capabilities of its upcoming OS versions at the WWDC but doesn’t release the update to the public. Similar to past years, we expect Apple to announce iPadOS 16 on June 6 and immediately release the developer preview for the developers to test. You can expect the iPadOS 16 public betas to be released soon after. Apple could release the final public version around September or October, alongside the iOS 16 with the launch of the iPhone 14 lineup.

However, unlike the iOS counterpart, the latest hardware for iPadOS 16 is already here with the iPad Air 5 and the latest iPad Pro devices, which were updated recently.

According to a report from Bloomberg, iPadOS 16 will make your iPad more of a productivity machine, and another step closer to being a true laptop replacement. “The new iPad interface will be one of the biggest upgrades announced at the conference, which will also include software updates for the iPhone, Mac, Apple Watch, and Apple TV,” says the report.

Apple is said to announce “significant changes” to its iPad software on June 6. According to the report, iPadOS 16 might get a redesigned multitasking interface to help make multitasking easier, especially when a lot of apps are open on the screen. As of now, you can run full-screen apps on the iPad with an option to run a third app’s scaled-down version by sliding it over from the bottom corners.

It is said that the new changes will expand upon this interface and allow you to resize windows to your requirements, similar to what you can do on a Mac. The feature was also spotted through changes to Apple’s WebKit Infrastructure, amid talk of a new “multitasking mode” for iPads.

It is likely that some new iOS 16 features will make their way to iPadOS 16. One such feature could be the introduction of widgets on the lock screen, where Apple only allows widgets to be located on the home screen as of now.

Which iPads will run the new iPadOS 16?

Apple will announce full compatibility during WWDC. Apple made iPadOS 15 compatible with all iPad Pro models, all iPad Air models after the second generation, iPads after the fifth generation, and iPad Minis after the fourth generation. Expect a similar line-up for iPadOS 16. It is possible Apple may be forced to limit some new features to iPads running on the M1 chip, such as the iPad Pro and iPad Air.

We’ll bring you all the WWDC news as it happens during the event, and will update here if any further rumors appear before then.