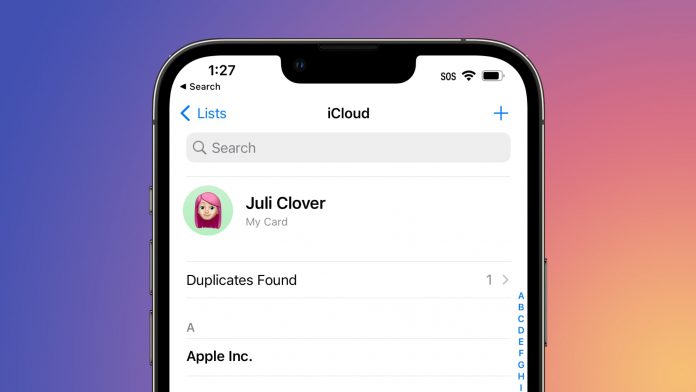 If your Contacts app is riddled with duplicates that you haven’t been able to fix, iOS 16 has a solution. The update includes a dedicated feature for merging duplicate contacts, solving problems with multiple contacts once and for all.

In the ‌iOS 16‌ Contacts app, if you have more than one contact card for the same person, the app will automatically detect the duplicate and let you know that duplicates were found.

The “Duplicates Found” interface is at the top of the app, and if you tap it, the Contacts app is able to merge all of the duplicate contact cards into one. 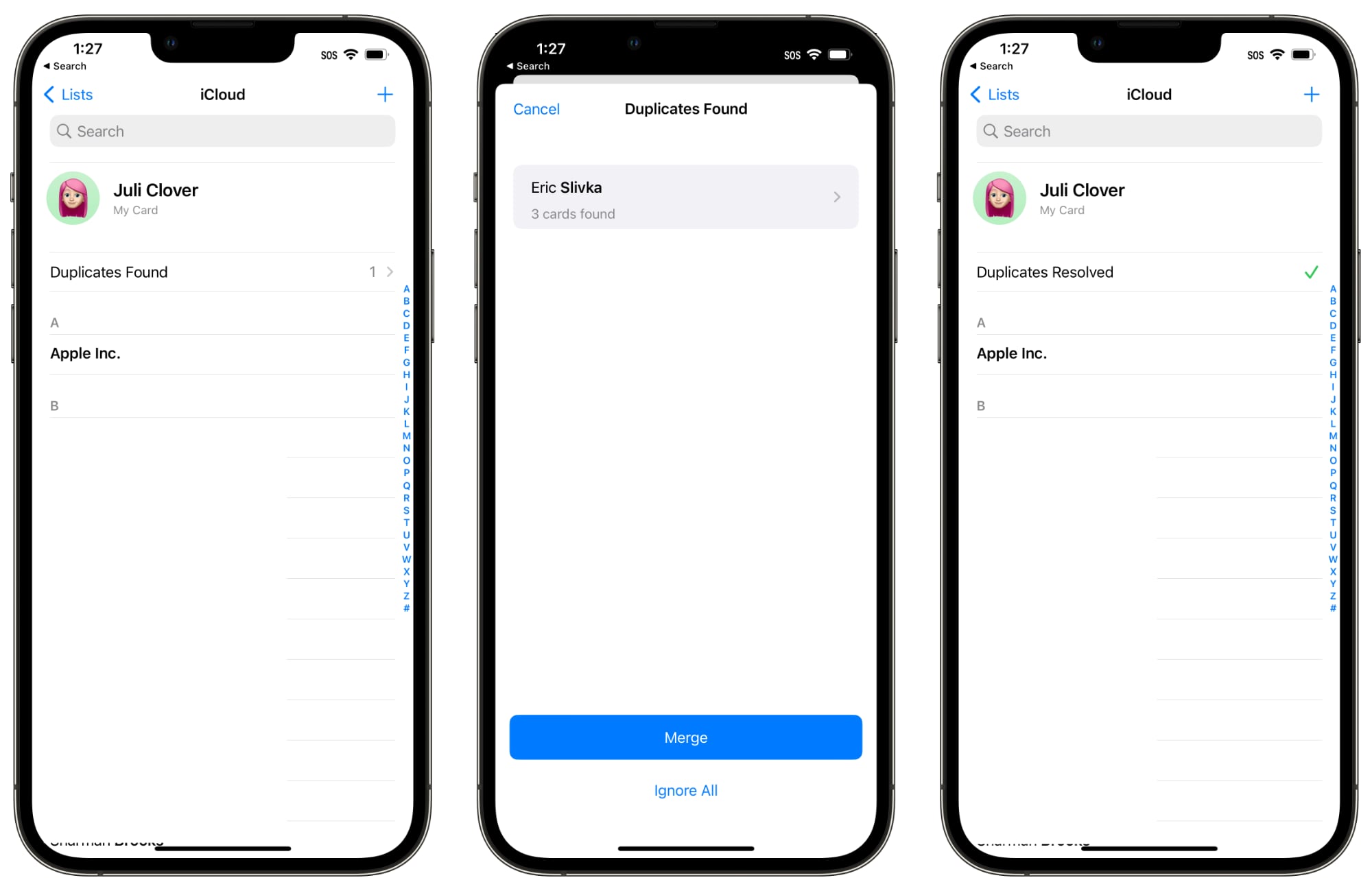 Prior to now, there was no built-in way to quickly manage duplicate contacts in the iOS Contacts app, so the new ‌iOS 16‌ feature should be a relief for those dealing with Contacts issues. This feature did previously exist on the Mac, but it was not available on iOS devices. Related Roundup: iOS 16
This article, “iOS 16 Lets You Easily Fix Duplicate Contacts” first appeared on MacRumors.com