HomeNewsGalaxy S23: Everything we know about Samsung’s 2023 flagship
News

Galaxy S23: Everything we know about Samsung’s 2023 flagship 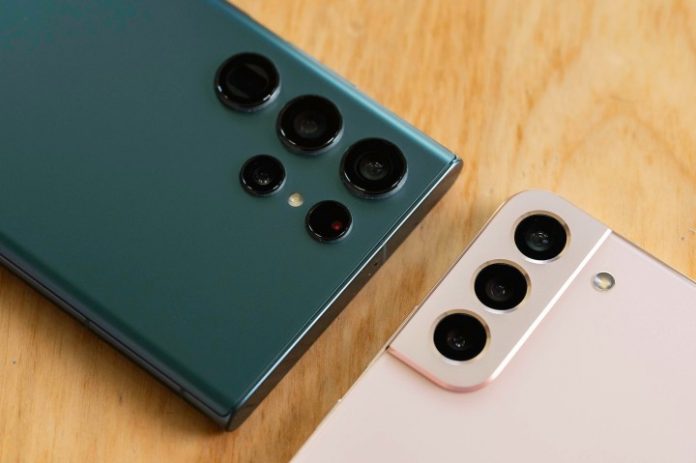 The Galaxy S23 — one of 2023’s most anticipated smartphones — remains unofficially announced by Samsung. Luckily, the company tends to have a consistent and predictable schedule when it comes to its hardware releases. Exact details and specs regarding the S23 remain pretty murky this early on, but a few early details are beginning to paint a picture of what to expect.

As we wait for official confirmation and more details on the Galaxy S23, here’s a quick roundup of everything we know so far.

The ‘normal’ S23 should offer the core Galaxy S23 experience in a smaller form factor and at the lowest price. The S23+ will likely offer a bigger display and battery in exchange for a higher price. Lastly, for folks who want the very best that Samsung has to offer, that’s where the S23 Ultra should come into play.

The only thing we’ve heard about the Galaxy S23’s hardware specs is in regards to its processor. Unfortunately, a handful of sources have had conflicting information. Rumor has it that Samsung is working internally to deliver a Galaxy-exclusive processor with its 2025 flagships, leaving the chipset for the S23 up in the air. Claims were made by Business Korea that Samsung would be working with MediaTek to provide a processor, likely the Dimensity 9000 or something like it, but another leaker claimed on Twitter that the partnership isn’t happening.

Qualcomm has provided processors for past Samsung devices, so as Samsung works on its unannounced chipset, the company might return once more to its previous partner for the power. If the Qualcomm relationship remains, expect the Galaxy S23 to have the latest Qualcomm Snapdragon 8+ Gen 1 chip.

Despite the general lack of other information, so far the Galaxy S23’s cameras have made some waves. One of the big rumors is that the smartphone will feature a 200-megapixel main camera, according to leaker Ice Universe. While that certainly sounds impressive, it’s important to note that the S22 was also rumored to have a 200MP lens as well (which it ultimately did not). The difference this time, however, is that there are a few different sources corroborating the information, such as Korean IT News. Samsung also recently showed off its latest generation 200MP camera, touting big upgrades for brighter and more detailed images.

According to GalaxyClub, the S23 is going to have an upgraded 12MP front-facing camera. In addition to the front camera, GalaxyClub commented on one of the backside cameras as well, saying that the S23 will feature the same 10MP telephoto lens as was on the S22.

Because there’s been no official word from Samsung about the S23, we don’t have a specific release date for it. That said, when taking a look at past releases, we can start to get a glimpse of what the company might have planned on the calendar.

The Galaxy S22 launched in February 2022, the S21 launched in January 2021, and the S20 launched in March 2020. Based on this, it’s a safe assumption to make that the S23 will launch in the first few months of 2023, specifically in late January or February based on the past two flagship releases.

The specific date from there is up to Samsung, but we likely won’t be hearing about it until much closer to that window. There’s always the chance that its release could be delayed due to the part shortages and manufacturing problems that have been rampant throughout the industry since the start of the global pandemic. That said, Samsung has been consistent about many of its hardware releases since COVID-19 started becoming a widespread issue. Unless another major supply chain problem breaks out, it seems like a safe bet to assume that the S23 will be launching on time.

Pricing is another detail that remains unknown. For context, the Galaxy S22 starts at $799, the S22+ starts at $999, and the S22 Ultra starts at $1,199. Samsung may keep those exact prices for the S23 series, but depending on market and economic conditions, we could also see a price hike of $50 or $100 per model.