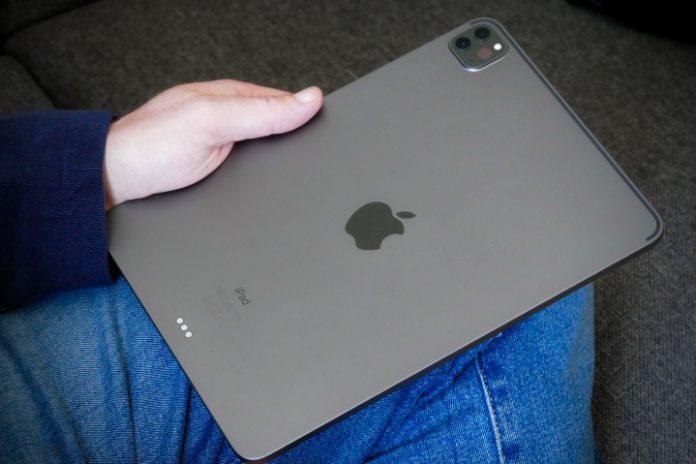 Apple is reportedly planning to launch an iPad Pro refresh that will bring both wireless charging and the new M2 chip to Apple’s tablet lineup. In the Q&A section of Bloomberg’s Power On newsletter, the ever-reliable Mark Gurman says that an iPad Pro upgrade will break cover sometime in September or October.

Adding more about the upcoming tablet, Gurman mentions that we’ll see 11-inch and 12.9-inch iPad Pro updates, both powered by the M2 silicon. The next-gen M-series chip was revealed at Apple’s WWDC event earlier this month and has already found its way inside the redesigned MacBook Air and the 13-inch MacBook Pro refresh.

“Upgrades to the camera system” are also expected, but Gurman didn’t go into detail about what that will entail. Apple may add another camera lens, make upgrades to the existing dual-camera hardware, or just add new software capabilities in the imaging department. Regardless of what happens, expect better cameras on this year’s Pro-grade iPads.

MagSafe is going the tablet way

The most notable change, however, will be support for wireless charging. And it’s not just normal Qi charging that we’re expecting. Instead, the MagSafe charging system — which is already serving iPhone users — could very well be on this year’s iPad Pro lineup.

In June of last year, Gurman wrote in a Bloomberg report that Apple’s team was experimenting with wireless charging on the iPad Pro with a version of MagSafe hardware used inside the current-gen iPhones. While wireless charging on an iPad would be convenient, adding that support will also bring a major design change. To facilitate wireless power transfer, Apple is reportedly planning to ditch the metal enclosure in favor of a glass-made rear panel for the 2022 iPad Pro.

Of course, a glassy rear panel on an iPad Pro will raise concerns regarding durability, as the heavier profile of Apple’s tablet compared to the iPhones will prove to be a risk with the fragility of glass. Another possibility is that Apple could use a glass cutout for the Apple logo and fit the MagSafe coil underneath, while the remaining portion is metallic.

The 2021 report mentions that the iPad Pro refresh will also trim the bezels, a treatment that Apple has given to the iPad Air and mini tablets in the past few years. The Thunderbolt port, however, is going to stay. Another cool possibility for Apple’s upcoming iPad Pro is support for reverse wireless charging. What this means is users will be able to charge their iPhone or AirPods by simply putting it on the back of their iPad Pro.

It looks like Apple’s next hardware reveal event in the fall season will be quite stacked, with new iPads joining the iPhone 14 lineup, and possibly, new Macs with more powerful versions of the M2 silicon, too.

But it appears that Apple has even more ambitious tablet plans. The company is reportedly working on a larger iPad Pro model with a screen size hovering around the 15-inch mark, akin to Samsung’s own Galaxy Tab S8 Ultra. However, it is unclear if the jumbo-sized iPad Pro will make an appearance this year, or the next.