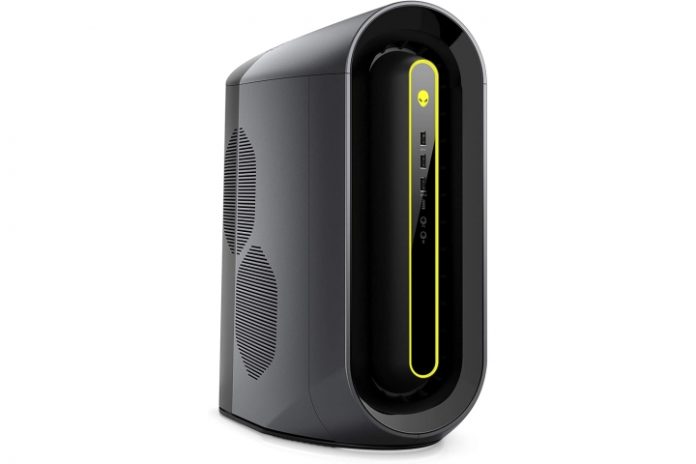 Alienware has become a near household name, being one of the first companies to get into the gaming hardware space, specifically with gaming laptops that were some of the first on the market. Of course, there’s been a lot of competition since then, but the brand still has some interesting offerings, especially with gaming desktops, which look otherworldly and are great for those who want something a little different.

With an RTX 2080 Super, the Alienware R10 is no slouch; having one of the top GPUs out there, it should comfortably be able to handle any 2K 144Hz screen that you can grab from our gaming monitor deals, even with reasonably high settings, although maybe not on the latest AAA games. Paired with that is the AMD Ryzen 5 5600X, a reasonably beefy CPU that should handle the majority of games, as well as any productivity software and maybe even some editing apps as well. It also comes with 16GB of RAM and a slightly smaller 512GB SSD, both of which should be fine for most uses, although you might need to increase your storage down the line.

All in all, it’s a great all-around gaming laptop if you need something with a reasonable price that can still knock most games out of the park.

If you’re looking for something with an equivalent card to the R10 but with a better CPU, the R12 will get the job done. With an RTX 3060, it’s about at the same level as the RTX 2080 Super, and should also be pretty good at handling most games at even slightly higher settings. The CPU is an 11th-gen intel i7-11700F, great if you need something for more CPU-intensive needs, such as audio production or simulation and management games that tend to eat up CPU resources. As for the other internals, you get 16GB of RAM, which is what we’d expect for a higher-end gaming build, and a 1TB SSD, something we also expect to see on a gaming build, especially with a lot of games being nearly 100GB each these days.

Overall, the better CPU and larger storage space are definitely worth the extra $100. Alternatively, you can check out some of our other gaming PC deals if these don’t tickle your fancy.