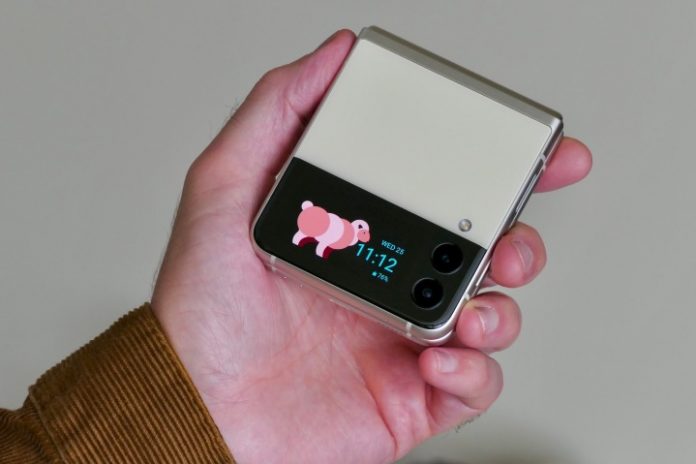 Earlier this week, news broke that Samsung is working on delivering sub-$800 foldables by 2024. The current-gen Galaxy Z Fold 3 starts at $1,799, while the Galaxy Z Flip 3 is selling for $999 — notable decreases compared to the $1,980 Galaxy Fold and $1,380 first-gen Z Flip. While the $999 price tag of the Flip 3 is credited for the boom in the popularity of foldables, it still requires a further decrease in price for mainstream users to fully embrace foldable technology. And Samsung knows this.

We now know that Samsung is reportedly working on cheaper foldables. But how might the company make and launch a foldable smartphone that costs less than $800? We have a few ideas on how that could happen.

No external display on the Flip

Let’s start with the Flip, the cheaper of the two Samsung foldables on the market right now. The smartphone carries an external display for you to get things done on the go. It features a 1.9-inch display on the front, which lets you look at the date and time, see quick notifications, and personalize it to your liking with different clocks.

That said, it’s not the biggest external display on a foldable clamshell smartphone. The Motorola Razr sports a much larger screen, which is more functional and lets you reply to messages without unfolding the device. Given the limited functionality, it may be a good idea for Samsung to get rid of the small external display altogether on a cheaper version of the Z Flip. It’s already not the most useful component on the Flip 3, and omitting it on a more affordable variant could be a huge cost saving for Samsung.

Under-display camera tech is still a new innovation and hasn’t been picked up by companies for mass adoption. While it stays in nascent form, Samsung could drop the tech and go for the old-fashioned hole-punch display on a cheaper Z Fold — just like the Galaxy Z Fold 2.

As of now, the Galaxy Z Flip 3 sports a dual rear camera setup, while the Galaxy Z Fold 3 features three cameras on the back. Neither are flagship-level, yet they still produce very good-looking photos. And if reports are to be believed, Samsung is working on bringing much more impressive optics to the Galaxy Z Fold 4, which would put it on par with the Galaxy S22 Ultra.

This is another opportunity for Samsung to save some cash with cheaper foldables. It could opt for mid-range cameras for the cheaper Galaxy Z Flip. On the other hand, Samsung can go with a dual rear camera setup – a primary sensor paired with either an ultrawide or telephoto sensor — on the cheaper Z Fold. Lesser number of cameras alongside a lack of optical image stabilization could lead to the needed lower price.

Samsung’s current-gen foldables are powered by the flagship Snapdragon 8-series processors. This makes the Flip 3 and Fold 3 flagship-grade smartphones apart from Samsung’s Galaxy S lineup. If Samsung is looking to build a sub-$800 foldable, swapping out a flagship Snapdragon chip for a mid-range one seems like a logical approach.

A less capable chip could lead to limited functionality in the OS, though. For instance, you might not get DeX support on the cheaper Fold. But it would be a calculated move since most users don’t require a flagship processor for day-to-day tasks anyway. Plenty of Snapdragon 7-series chips have proven their worth for less cash, so there’s no reason for Samsung not to go this route.

Both the Galaxy Z Flip 3 and the Fold 3 feature wireless charging — a feature that’s trickling down to non-flagship smartphones. However, it still isn’t a norm for mid-range smartphones to support wireless charging. To recall, OnePlus didn’t include the feature on its flagships for years to keep prices in check. Samsung could follow OnePlus’ lead and limit charging functionality to wired charging to reach a lower price tag.

OnePlus again, is a good example here. The company didn’t go through approvals for IP ratings for many of its smartphones. Even the OnePlus 10 Pro isn’t rated for water resistance on non-T-Mobile units. Samsung could either skip industry IP approvals or remove the support entirely for a lower price tag. While both are viable options, we would like to see the former approach here.

Right now, foldable smartphones are among the priciest phones to buy. The $1,380 launch price for the original Galaxy Z Flip was too much for an average Joe to take the leap of faith in new technology. Combine this with the uncertainty of how the smartphone would age, and you’re looking at a skeptical buyer.

Lowering the price tag would not only increase foldable smartphone adoption, but it would also build trust for foldable screens by clearing misconceptions that they don’t last as long as a regular slab phone. Samsung’s already made good progress on this front with the Z Fold 3 and Z Flip 3 pricing. With a few additional tweaks to its foldable formula, there’s no reason Samsung can’t go even lower.