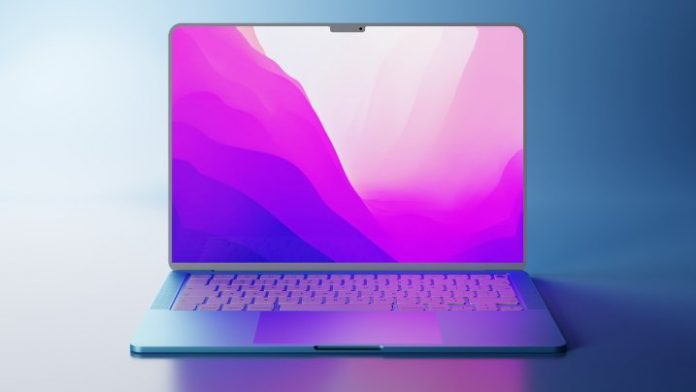 WWDC 2022 kicks off June 6 with Apple’s annual developer-focused keynote. Although we expect some much-needed announcements for MacOS, reports indicate that Apple could have some Mac announcements at the show as well.

Tight-lipped as usual, Apple hasn’t announced or hinted at any new Macs at the show, but leaks and rumors from the past several months point to at least two Macs launching during the keynote. Here are the four Macs that we could see at WWDC, as well as one we almost certainly won’t.

The most likely MacBook we’ll see at WWDC 2022 is the MacBook Air M2. Apple usually releases a new MacBook Air every year, but we didn’t get a refreshed model in 2021. The current model is coming up on two years old, so an updated model with new Apple silicon is certainly in order.

It’s possible we didn’t see a refresh last year because of the global chip shortage. In late 2021, Apple analyst Ming-Chi Kuo suggested the MacBook Air M2 was delayed to late 2022 after struggles with securing enough chip supply. Although the machine is rumored to come with the M2 processor, recent speculation says the MacBook Air M2 will have more design changes than performance improvements.

Those design changes include various colors for the MacBook Air M2 to match the 24-inch M1 iMac, as well as rounded white keycaps. We’ve been closely watching every Apple event since the second half of 2021 for a new MacBook Air, so if we see new Macs at WWDC, the MacBook Air M2 will almost certainly lead the lineup.

The workstation-class Mac Pro doesn’t follow the annual release cadence of other Macs, but the current model is teed-up for a refresh. The version available now launched in 2019, and it’s the only Mac still using an Intel processor (apart from the 27-inch iMac). Apple’s recently launched Mac Studio scratches the workstation itch, but even the Mac Studio should be leagues behind the Mac Pro.

We don’t have Mac Pro rumors specifically, but we have rumors about an M1 Extreme processor that could power it. This chip reportedly uses the same concept as the M1 Ultra, stitching together four M1 Max chips instead of the two featured on the M1 Ultra. Although Apple launched the Mac Pro’s MPX modules with the promise of years of upgradability, the current Mac Pro doesn’t look right next to all of the Macs powered by Apple silicon, so we could see a new model at WWDC.

The Mac Mini isn’t necessarily due for a refresh, but various sources have suggested that Apple will launch the Mac Mini M2 at WWDC. It wouldn’t be a surprise considering Apple launched the M1 Mac Mini and M1 MacBook Air alongside each other, but the company’s recent Mac Studio could signal that Apple isn’t ready to revisit this mini form factor quite yet.

Despite not lining up with Apple’s traditional release cycle, the company itself all but confirmed a new Mac Mini was coming soon. The Apple Studio Display referenced a new Mac Mini model in its firmware, suggesting that a launch is imminent. Rumors suggest Apple is currently testing nine Macs with M2 chips, too, and the report says two of them are Mac Minis.

Like the MacBook Air M1, the 13-inch M1 MacBook Pro hasn’t seen any love in the past two years. Apple has pushed ahead with its 14-inch and 16-inch MacBook Pros, both available with either an M1 Pro or M1 Max processor, while the little 13-inch model has been left in the dust. Respected Apple analyst Mark Gurman says that two new Macs are launching at WWDC, so it’s possible we’ll see a 13-inch MacBook Pro M2 alongside a new Air.

It’s much more likely wee see the Mac Pro M1 Extreme or Mac Mini M2, however. The current 13-inch MacBook Pro has been cannibalized by the M1 MacBook Air since both machines come with the same processor options, and the Air is cheaper. As Digital Trends’ computing editor Luke Larsen points out, the M2 MacBook Pro is a bad idea, as the rumor is Apple will continue to use the same chassis — which has been around since 2016. Still, there’s certainly a possibility we’ll see it at WWDC this year.

Earlier this year, Apple said that just one Mac remained to be transitioned to Apple Silicon — and that’s the Mac Pro. The larger iMac has been conspicuously left off the list, and rather than update it, the 27-inch Intel-based iMac has been discontinued altogether.

Of course, Apple has its current M1 24-inch iMac, but that won’t target the creative professionals who used to turn to the iMac for the best all-in-one solution.

Don’t worry — the idea of a larger, more powerful iMac is still likely in the works. Just don’t expect it to get announced at WWDC this year. If you trust the rumors, it won’t be until 2023 until we get a proper 27-inch (or larger) iMac.