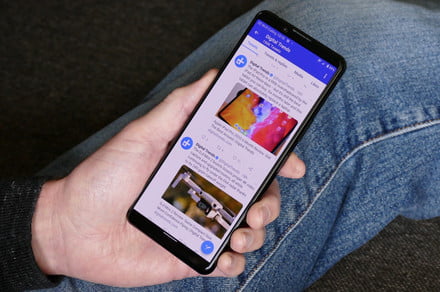 Twitter’s CEO has tweeted a response to recently raised concerns about the true percentage of spam and fake accounts on Twitter.

On Monday, Twitter CEO Parag Agrawal issued his own statement about the concerns around the validity of Twitter’s reported percentage of fake and spam accounts. And Agrawal’s statement was in the form of a thread posted on Twitter that was 15 tweets long:

Let’s talk about spam. And let’s do so with the benefit of data, facts, and context…

Agrawal’s thread essentially asserts the following: That Twitter’s own percentage estimate of how many accounts are fake or spam (the one that says it’s less than 5%) is still correct based on Twitter’s methodology and its use of public and private data. Agrawal also said that estimations of this percentage can’t be “performed externally” because such estimations won’t include private data, which Twitter can’t share.

Agrawal’s thread led with a series of tweets explaining spam accounts and how Twitter handles such accounts once they’re detected:

We suspend over half a million spam accounts every day, usually before any of you even see them on Twitter. We also lock millions of accounts each week that we suspect may be spam – if they can’t pass human verification challenges (captchas, phone verification, etc).

Agrawal then went on to discuss how difficult it is to detect spam accounts without causing issues for real accounts:

Our team updates our systems and rules constantly to remove as much spam as possible, without inadvertently suspending real people or adding unnecessary friction for real people when they use Twitter: none of us want to solve a captcha every time we use Twitter.

It is at this point that Agrawal gets into how Twitter’s reported estimate is calculated and acknowledges that “after all the spam removal” that some still “slips through.”

He begins to refer to “mDAUs,” which stands for monetizable daily active users. Twitter’s “less than 5%” estimate is a percentage of those reported users.

After Agrawal describes how “human reviews” that are based on Twitter rules and involve public and private data are used to determine whether accounts are real or spam, he says that Twitter’s internal estimates are actually “well under 5%” based on Twitter’s methodology and have been for the “last four quarters.”

Agrawal’s thread goes on to stress the importance of the private data he says Twitter uses for its estimates, which allows the company to more accurately detect which accounts are fake or spam. He also says that external estimations can’t be performed because third-parties don’t have access to that private data. And that it’s not possible for third-parties “to know which accounts are counted as mDAUs on any given day.”

Tesla CEO Elon Musk, who is the process of acquiring Twitter (an acquisition that is also “on hold” because of these concerns about spam accounts), responded to the above tweet from Agrawal with a poop emoji tweet and then a follow-up question about advertisers. At the time of this writing, Agrawal has not tweeted a response to Musk’s question.

So how do advertisers know what they’re getting for their money? This is fundamental to the financial health of Twitter.

Agrawal’s thread did say that Twitter “shared an overview of the estimation process with Elon a week ago and look forward to continuing the conversation with him, and all of you.”

Regarding external, third-party estimates of Twitter’s spam and fake accounts, there has been a recently published external analysis of Twitter’s spam account issue. Published on Sunday, the analysis conducted by SparkToro (an audience research software company) and Followerwonk (a Twitter research tool) states that according to their findings, 19.42% of Twitter’s active accounts are spam or fake. The analysis included 44,058 public Twitter accounts that were also active within the last 90 days. According to the published report of the analysis, the accounts “were randomly selected, by machine, from a set of 130+ million public, active profiles.”

But the SparkToro and Followerwonk report did say that they weren’t disputing Twitter’s estimate. And that’s because they simply don’t know Twitter’s criteria for identifying an mDAU or how it categorizes spam or fake accounts. SparkToro co-founder Rand Fishkin also said something in the report that appeared to align with Agrawal’s assertion about external estimations.

“We believe our methodology (detailed above) to be the best system available to public researchers, Fishkin said. “But, internally, Twitter likely has unknowable processes that we cannot replicate with only their public data.”