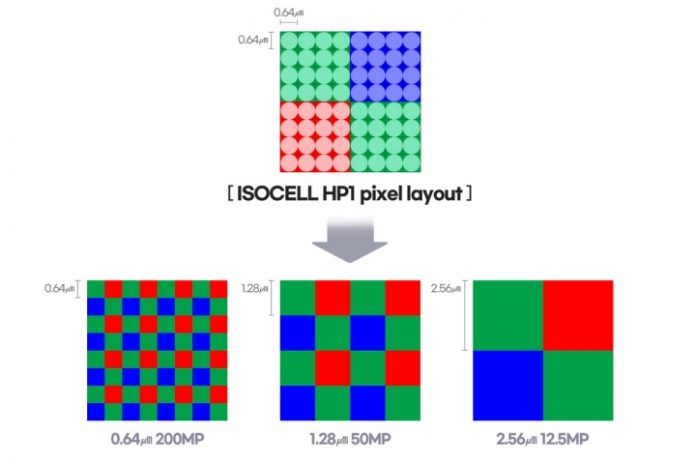 Cats are a popular photography subject, but for Samsung, they are apparently also great test material for assessing the quality of its most ambitious camera sensor ever, and it’s the one that will likely grace the Galaxy S23 series next year.

Samsung’s team took the company’s in-development 200-megapixel smartphone camera sensor for a test run and ended up capturing and then printing a gigantic, 616-square-meter canvas of a cat’s face, all to show the level of detail it can bring out. Just to be clear here, the sensor was not inside a phone. Instead, it was attached to a custom circuit board without any other enhancements, so it could show its true, unadulterated potential.

The RAW image snapped by the sensor was printed on the massive canvas to highlight all the detail exposed in the cat’s fur and eyes color. It was apparently no easy feat, as the entire canvas — which is about 1.5x the size of a basketball court — had to be printed in 12 separate segments that were later stitched together, loaded onto a truck, and unfurled over a building using a crane.

The effort here is commendable, and the result looks impressive, too. But not everyone is going to shoot full-resolution 200-megapixel photos at all times when the camera sensor eventually finds its way inside a Samsung phone. Aside from being difficult to edit and post-process, these photos will eat up the internal storage real quick. Take for example full-resolution 108-megapixel photos captured by phones like the Galaxy S22 Ultra, which can be around 20MB on average.

What’s special about the sensor?

The camera sensor in question is the ISOCELL HP-1, and it is touted to be the industry’s first 200-megapixel smartphone camera sensor. The sensor has 0.64-micron pixels, which is significantly smaller compared to the pixel size of lower-resolution camera sensors. As it goes in the world of camera sensors, the smaller the pixel size, the less amount of data it can capture, producing images that are not as bright and detailed.

This is where the pixel-binning tech kicks into action. It essentially combines adjacent pixels into a larger super-pixel that can bring in more optical data to produce better photos. In the case of the ISOCELL HP-1, it performs 16-in-1 pixel binning, thanks to a technology called Chameleon Cell.

To put it simply, a 4×4 grid of 16 adjacent pixels is combined to artificially create a larger super-pixel with a massive 2.56-micron size, while the effective photo resolution falls down to a manageable 12.5-megapixel. The resulting supersized pixel absorbs more light to deliver well-lit and detail-rich photos even in low-light scenarios.

Samsung’s upcoming camera sensor is also capable of recording 8K videos at 30 frames per second without any digital cropping. The company hasn’t announced any concrete plans for the sensor yet, but if one were to take an educated guess, the next Galaxy S-series flagship is the most likely candidate to come armed with this massive camera sensor. Motorola is also rumored to be working on a high-end phone that employs a 200-megapixel rear camera.