HomeNewsRumor suggests AMD RDNA 3 may get an unexpected upgrade
News 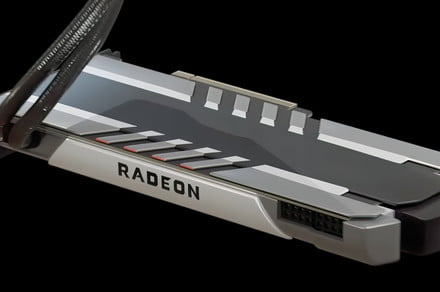 According to a recent leak, the upcoming AMD RDNA 3 graphics cards may turn out to be better than expected.

It now appears that the Navi 31 GPU may feature a 384-bit memory bus as opposed to the 256-bit that was previously speculated.

Today’s bit of tantalizing news about upcoming AMD graphics cards comes from Greymon55 on Twitter, a well-known tipster in the PC hardware space. 3DCenter.org composed a list of the rumored specifications of AMD’s upcoming RDNA 3 graphics cards, and in response to that, Greymon55 spoke up with a correction about the memory bus.

This kind of increase in the memory bus translates to a considerable boost in the memory bandwidth. Assuming that the AMD Navi 31 GPU comes with 24GB of GDDR6 memory, we could expect around 846GB/s of memory bandwidth for that model, while the Navi 32 would offer 576GB/s. The Navi 33 GPU doesn’t seem to have had any changes and still features a 128-bit memory bus alongside 288GB/s bandwidth. These numbers are expected to go up when Infinity Cache is taken into account.

As VideoCardz points out, going with a 384-bit configuration for the Navi 31 doesn’t just increase the bandwidth, but also reduces the number of memory modules. This, in turn, could spell good things for both AMD and its customer base alike, as the graphics cards might be cheaper to produce and easier to keep cool.

RDNA3 design based on the latest rumors/leaks.

New information has also emerged about the architecture of the flagship RDNA 3 GPU. According to the rumors, the GPU would come with one graphics compute die (GCD) and six memory compute dies (MCD). This is a change from the architecture we previously thought we might see, which included two compute dies.

If this proves to be true, it means that AMD chose to stick to only using the multi-chip design in the memory subsystem, including the L3 cache and the Infinity Cache. The graphics die appears to remain monolithic.

Although we are inching closer to the release of AMD’s next-gen graphics cards, we still don’t have a confirmed launch date or specifications. What we do know, however, is that the day is drawing nearer, and the GPU market will receive a nice boost by the end of the year, what with Nvidia also releasing the next generation of its GPUs and Intel launching Arc Alchemist for desktops. The next few months are bound to be exciting and peppered with new entries to our list of the best graphics cards.