HomeNewsChromebook Memorial Day Sale: Get a new laptop for $98
News

Chromebook Memorial Day Sale: Get a new laptop for $98 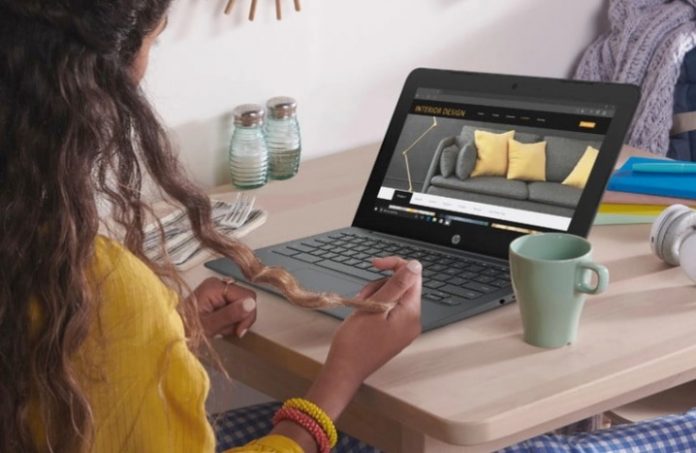 Memorial Day is one of the best times of the year to stock up on some electronics, and while Prime Day is right around the corner, why wait when there are already some excellent Memorial Day sales to grab? Even so, if you’re not just looking for general electronics but instead want something light for school or work, Chromebooks offer a great middle ground between budget and features. As such, let’s take a look at some great Chromebook Memorial Day sales you can shop today.

If you only need a device to get online without too many fancy bells and whistles, this HP Chromebook is a good option, especially given the price it’s going for. While it won’t turn any heads, the 11.6-inch screen has an HD resolution of 1366 x 768, more than enough for streaming and Zoom meetings, and the internal AMD A4 CPU is bare-bones but good enough for ChromeOS and productivity. Both the internal storage and RAM are on the lower side, sitting at 32GB and 4GB, respectively, but is about what you’d expect for a budget Chromebook. This is probably one of the cheapest Chromebook deals you’re going to find this Memorial Day.

If you’re willing to pay a little extra for a slightly larger screen, then this Chromebook offering from Asus is a good option, especially given the 14-inch Full HD screen with a built-in HD webcam, making this a good option for school or work-from-home meetings. Specs are relatively lightweight, with an Intel Celeron N3350 and Intel UHD graphics, but that’s on-par for a Chromebook and more than enough to run the OS and productivity software. Storage sits at 32GB, and RAM is 4GB, and both should be about enough if you tend to stream most of your content, so it’s a great pick for size and functionality.

If having a large screen is important to you, then going for the 17.3-inch version of this Chromebook from Asus is a good idea since it gives a ton of screen real estate to work with and is even FHD, which is appreciated at this price point. Otherwise, specs stay roughly the same, with a slightly upgraded Intel Celeron N4500 CPU and Intel UHD graphics, both good for ChromeOS, productivity, streaming, and maybe some casual gaming. Given its size, we’d suggest grabbing one of our external hard drive deals since you’ll already be carrying around something big, so it’s a small addition. RAM is also the same at 4GB, again, more than enough for most use cases with the Chromebook, although it might struggle with the ability to handle more apps on the larger screen space.

Not all Chromebooks function as a pure laptop, and this Acer Chromebook Spin 514 is great for those who want a 2-in-1, especially given that it’s a 14-inch FHD touchscreen that uses an IPS panel, giving you some great color and image fidelity. It also has an AMD Ryzen 3 3250C, which is a bit more powerful than your average mobile CPU and is slightly better than the Intel i3, so you’ll get a lot of great usage out of it. The GPU is the integrated AMD graphics package, which should be enough for casual gaming on the ChromeOS, which is a nice little addition if you don’t just want the Chromebook for work. The internal storage is a bit bigger at 64GB, although the RAM still sits at 4GB. Overall, this is probably one of the best Memorial Day laptop sales at this price point.

Samsung is known for building products that revolve around great tech and convenience while also looking pretty great, and they’ve done an excellent job here, especially with the 13.3-inch QLED, FHD screen, perfect for those who want to stream and consume a lot of content on their Chromebook. The CPU is also relatively good with an Intel Celeron 5205U, and the accompanying Intel UHD graphics are good mid-level options that work well with ChromeOS without being too expensive. It has relatively big storage at 64GB and 4GB of RAM to work with, which should be more than enough for the usage you’ll get out of this Chromebook.